Home News Lynnsanity at the Gabba 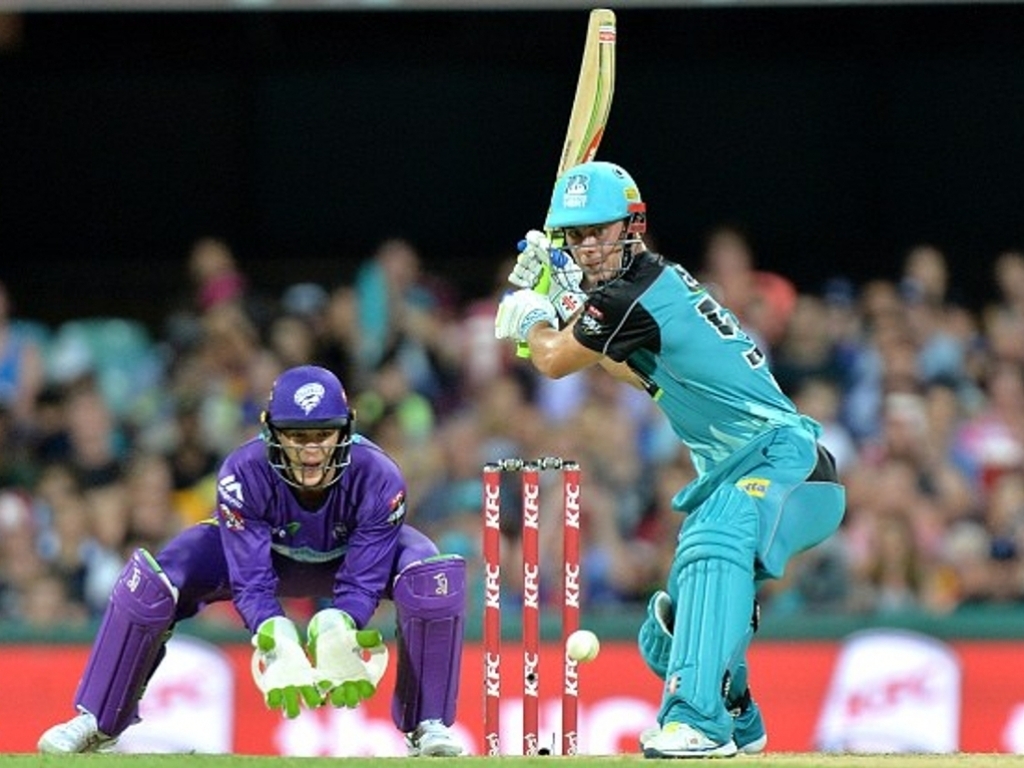 Brutal half centuries from Chris Lynn and Brendon McCullum helped the Brisbane Heat ease to a seven wicket victory over the Hobart Hurricanes in the Big Bash.

The Hurricanes had managed to post 173 for 9 in their twenty overs despite losing wickets on a regular basis.

Of the Hurricanes batsman only Dan Christian (33) was able to pass thirty in an innings marked by a lot of starts.

Both the ‘Canes openers smashed sixes before falling to Mark Steketee rather cheaply.

Kumar Sangakarra knocked a couple to the fence as well before he was trapped leg before by West Indian Samuel Badree for 12 between the dismissals of the openers Tim Paine and D’Arcy Short.

George Bailey (13) was run out before Christian and Jonathan Wells shared the best partnership of the innings moving the Hurricanes to 122 before the latter lost his wicket.

The lower order manfully scrapped their way to what looked like a decent total but they were blown away by T20 Dynamos Lynn and McCullum.

Jimmy Peirson (1) went early on unable to keep a short ball from Stuart Broad under control bringing McCullum and Lynn together.

The pair would tear apart the Hurricanes attack plundering sixes and fours all over the Gabba to the delight of the home fans.

McCullum carved out 72 off 35 balls including 10 fours and four sixes before he holed out to long-on off the bowling of Cameron Boyce.

Lynn kicked into overdrive though hitting 7 sixes in his innings including one that disappeared over the roof of the Gabba.

The Australia international smashed consecutive sixes off the first two balls of the sixteenth over to see the Heat home.

Lynn ended on 84 not out off 50 balls reducing Alex Ross (5) and Joe Burns (8) to spectators as the Heat romped to victory.