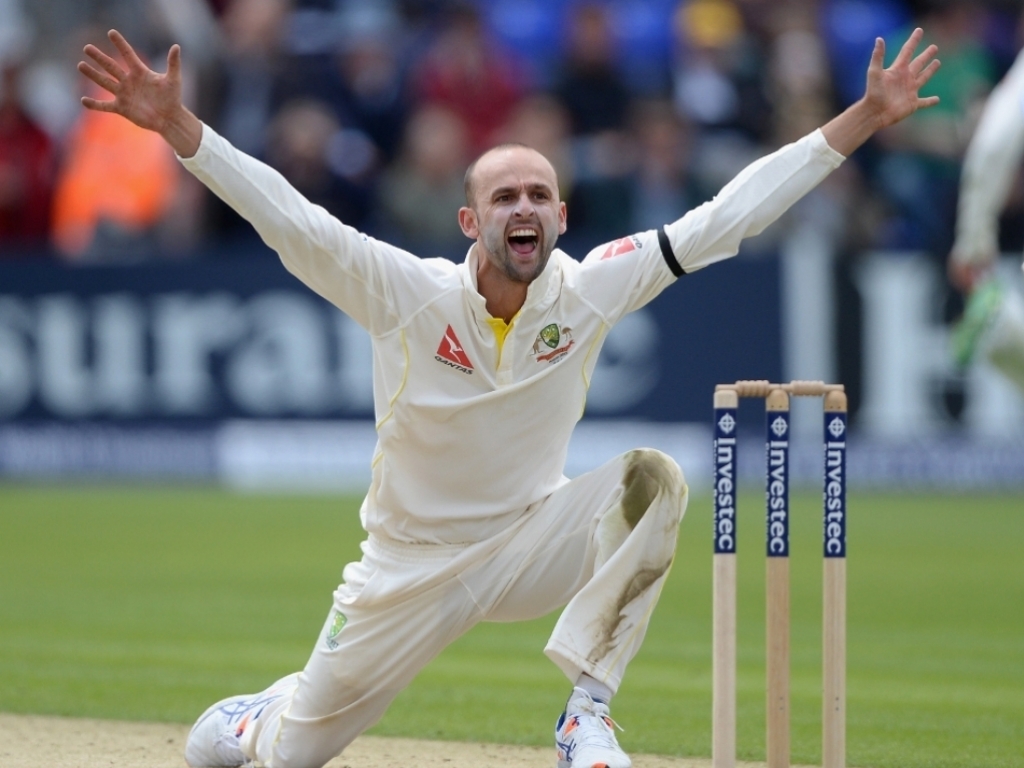 Australia spinner Nathan Lyon says the batsmen in his team have admitted that seeing the seam on the pink ball becomes nearly impossible as the game goes on, and that will help Lyon against New Zealand.

The pink ball's covering tends to wear down much quicker than a red ball, and the seam becomes grass green, and according to skipper Steve Smith, it's tough to see the revolutions on the ball when it's spun.

Smith had said that facing spinner Travis Head in the Sheffield Shield under lights was very tough. Lyon hopes that this will work in his favour when they take on New Zealand in the third Test in Adelaide, the first ever day-night Test.

Lyon said on the CA website: "I'm a big fan of bowling with the pink ball, seeing as how they (the batsmen) can't see the seam, so it's going to be interesting times for the spinners.

"(That) does help me out a little bit but I still have to bowl well. These guys are very good players of spin – Kane Williamson and those guys.

"It will be a big challenge for me, but definitely, having minimal vision of the seam will help my cause.

"The big thing is bowling in the nets and out in the game, (and) having the feedback from the best batters in the world about not being able to pick the seam up, and not seeing how many revs are on the ball.

"I've been working hard with Steve Smith, Davey Warner and the guys who are facing me in the nets and getting a lot of feedback off them.

"They keep hitting me over my head (in the nets) so it can't be that bad, but Steve Smith said Travis Head was probably the hardest bowler to face here in our Shield game.

"That’s a pretty good indication, that the number one batsman in the world hadn't picked up (the seam) in (something) he plays pretty well in spin bowling. It’s an interesting one."

When asked about the pitch, Lyon, a former curator, said that there was more grass on the deck than normal, to help preserve the ball, and that all the players were happy with the deck.

The former groundsman added: "There’s a little bit more there for everyone; it won't be a typical flat Adelaide pitch that we are used to.

"In saying that we played here a couple of weeks ago and it was the perfect wicket. Damian Hough is a great curator and produced that wicket for the Shield game and spoke to myself, Dave Warner and Steve Smith before and after the Shield game to get our feedback.

"I know we all gave positive feedback to Damian."