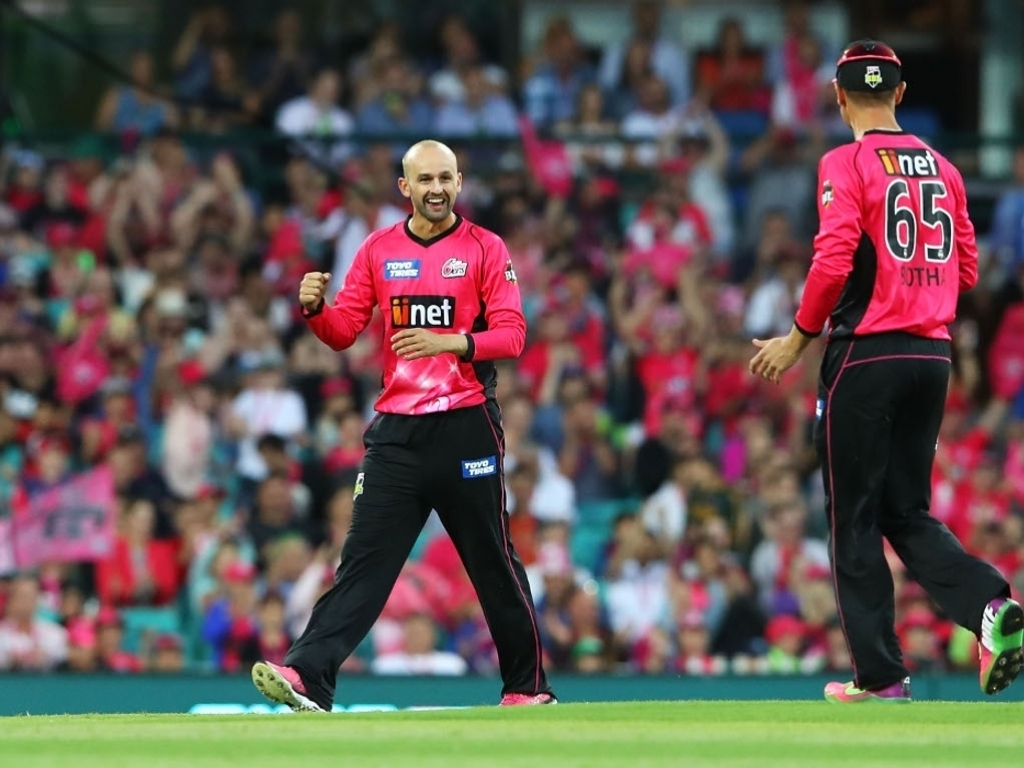 Australia Test off-spinner Nathan Lyon has let on that he still harbours dreams of playing for his country at a World Cup.

Lyon has played just 13 ODIs since debuting in 2012 against Sri Lanka in Adelaide.

The spin role in the ODI team has been performed by leg-spinner Adam Zampa, who himself has had to sit out on occasions to accommodate more pace.

Lyon will hope that his performances for the Sydney Sixers in the Big Bash League will showcase his white ball skills.

The 30-year-old took 3/18 against the Melbourne stars on Tuesday and afterwards revealed that he hasn’t given up on ODI cricket.

Lyon told cricket.com.au: “To be a part of a World Cup would be pretty special.

“That’s definitely on my radar, I would love to be in that squad. I missed out on the home World Cup here (in 2015).

“There’s no secrets … I want to be playing all formats of cricket for Australia.

“But I’m just focused on going out and bowling well for whoever I play for. At the moment, that’s Sydney Sixers.

“We’ve had an amazing summer winning the Ashes. I’ve just got to keep playing decent cricket with red ball, white ball, pink ball – whatever it is.”

Lyon has also thrown his hat into the IPL ring but some feel that Cricket Australia will not want their Test spin wizard playing in the T20 tournament.

The man himself feels that there is little risk involved in him playing in the IPL.

“You saw today – I didn’t bowl too many flatter balls. I’m still backing my strength of trying to spin the ball.

“I’ve put my name in (for the IPL auction) every year and never get picked up.

“I just put my name out there especially after the year I’ve had. I’m very confident with my bowling at the moment but I’m not expecting to get picked up.”