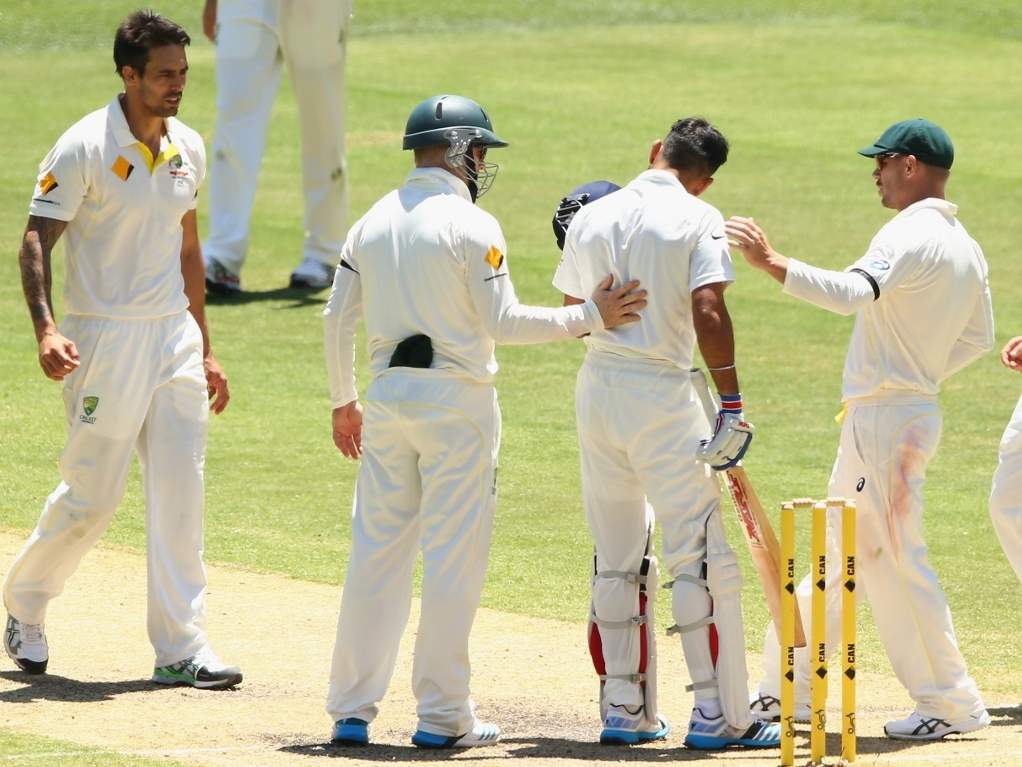 Nathan Lyon said the Michell Johnson bouncer that hit Virat Kohli on the helmet during the third day of the first Test between Australia and India may actually have been good for the side.

The Australians are still recovering following the shock passing of opener Phillip Hughes, who was hit in the neck by a bouncer in Australian domestic cricket and died in hospital two days later.

When Kohli received the blow from Johnson on Thursday, the Australian fielders immediately rushed to the Indian batsman's side to see if he was alright.

"Your heart skips a beat, especially for the four guys out there," Lyon said of himself, David Warner, Shane Watson and Brad Haddin, who were all present at the SCG when Hughes was hit.

Kohli took off his helmet to inspect it but was none the worse for the wear and carried on batting, and Lyon believes the incident might actually have helped the players get past the shock of Hughes' death.

"It probably has been a positive thing as well, as bad as that sounds," said the offspinner, who bagged two wickets as India finished the day on 369/5, with Kohli marching on to his century before being dismissed for 115.

"We know the helmets work, and … have that confidence for our quicks to have a bouncer again."

Lyon said the incident was briefly discussed amongst the Aussies during lunch and that Johnson had not been too affected by it.

"He's feeling good and I can guarantee he's going to come out and fire in the second innings and have that aggression that we all love him for," he added.

Johnson had already returned to his usual aggressive self after tea, when he subjected India wicketkeeper Wriddhiman Saha to some typically aggressive short-pitched fast bowling.

Meanwhile, Michael Clarke spent most of the day in the dressing room as he continued to battle with a lower back injury.

The Australia captain fought through the pain to score 128 on Wednesday, and Lyon said Clarke would "definitely" play for the rest of the test.