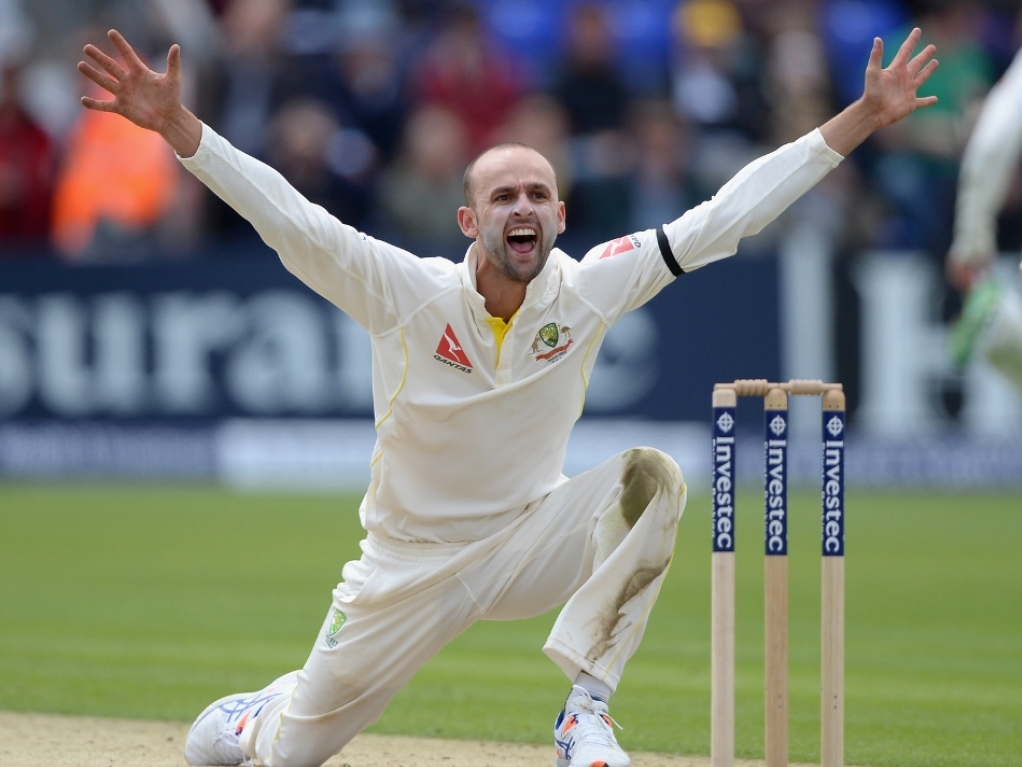 Australia spinner is Nathan Lyon optimistic that his side can still win the first Ashes Test against England even though they are chasing a record score of 412 runs with two days still remaining in Cardiff.

Lyon took four wickets as Australia bowled England out for 289 in their second innings in the last over of the third day but would need an Ashes record winning score to go one-nil up in the series.

England, who batted first. scored 430 in their firs innings while the Aussies replied with 308. Australia would have been disappointed with their batting effort as the top five batsmen all got starts but no-one went on to score a century.

After the third day's play, Lyon told Sky Sports: "The pitch is still pretty good, just a bit slow. There didn't seem to be too many demons and hopefully we have learned from our first innings with the bat – we'll see how we go.

"We'll be a little more patient. We had too many thirties, but you are asking a tail-ender here. We'll look to push on and hopefully a couple of the top five can get big hundreds."

The offspinner said he was proud of his team's bowling attack after they came in for a bit a criticism after England's first innings.

They were definitely on the looser side and bowled to many four balls but improved dramatically in their second turn in the field.

Lyon continued: "Our bowlers definitely learned from bowling in the first innings, when we probably didn't bowl our best. We certainly improved that in the second innings.

"To take 10 wickets out there today in just over two and a half sessions was a good effort. I'm proud of all the boys and now it's up to the batters."