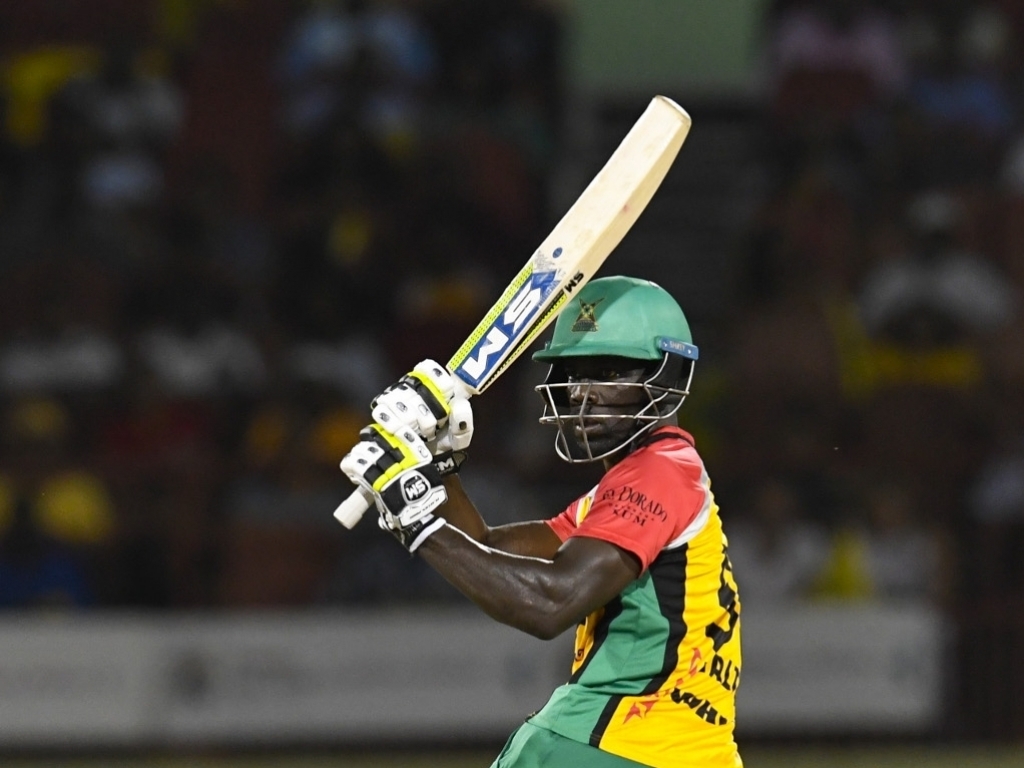 A record run-chase at Providence Stadium by Guyana Amazon Warriors overshadowed a superb century from Dwayne Smith in Match 19 of the Caribbean Premier League (CPL).

After Smith’s brilliance had lifted the Tridents to 159 the Amazon Warriors chased the total with four balls to spare.

Chasing a record 160 at Providence Stadium demanded efficient use of the Powerplay by the Amazon Warriors and a combination of wayward lines from the Tridents and clean hitting from Chadwick Walton and promoted opener Sohail Tanvir gave them that.

After three overs the Amazon Warriors, perhaps assisted by the ball skidding on and emboldened by the size of their task, had blitzed 48 runs.

Their early aggression paid off, and despite losing Tanvir—caught at mid-off for 16 off 9 and Gajanand Singh for 0 off 2—the Amazon Warriors reached a venue-record and team-record 72-2
after six overs.

Walton was the star and batted magnificently, hitting the ball notably straight and timing the ball sweetly. After just seven overs the required run rate had been slashed from eight to just six and a difficult chase had been transformed.

Martin Guptill then joined Walton and their calm 81 run partnership took the Amazon Warriors within 15 runs of victory with 26 balls remaining.

Four dot balls then followed before Guptill and Walton were caught in the deep off consecutive balls from Kieron Pollard to give the Tridents a glimmer of hope.

With eight required off 12 balls Pollard took two more wickets off consecutive balls and conceded just three from the penultimate over, finishing with 4 for 15.

Defending five off the last however was a step too far for the Tridents. A boundary down the ground from Assad Fudadin and a wide next ball sealed a spectacular victory for the Amazon Warriors.

Earlier in the evening the Tridents adopted a markedly different approach to their innings. Smith and Kane Williamson begun circumspectly against some tight bowling.

At the end of the Powerplay they were only 27 for 0, thanks largely to the second over from Sohail Tanvir which was taken for 13 by Smith who hit three boundaries.

In the other five overs the Tridents, particularly Williamson, struggled to rotate the strike with the field in tight.

After the end of the Powerplay both men appeared to time the ball better once they were able to pick off singles rather than having to hit through the in-field.

Williamson hit his first boundary in the seventh over and once Smith struck consecutive boundaries in the ninth the runs started to flow more freely.

Williamson’s growing confidence was illustrated by a slapped six down the ground and an outrageous paddle sweep, fetched from outside off stump and threaded to the right of short fine leg for four.

When Williamson was eventually dismissed, caught at long off off Rashid Khan, his partnership with Smith of 107 was the highest ever at Providence Stadium and had laid an excellent platform for the Tridents.

Smith was lucky to be reprieved on 42 when he was caught at long-on only for Keemo Paul to have over-stepped. He certainly made the most of his good fortune in a spectacular final few overs.

Having been at the crease since the start of the innings Smith appeared perfectly attuned to the pace of the pitch and when first Tanvir and then Rayad Emrit narrowly missed their yorkers at the death, Smith was able to capitalise on them carving boundaries over cover point, clubbing them straight and expertly upper cutting a short ball variation.

As the Tridents looked to accelerate at the death they lost Kieron Pollard and Nicolas Pooran and eventually Smith, but not before he reached a century with a two in the last over.

The Tridents score of 159 for 4 was the highest CPL score ever made at Providence but less than two hours later it became the second highest as the Amazon Warriors and Walton went one better.