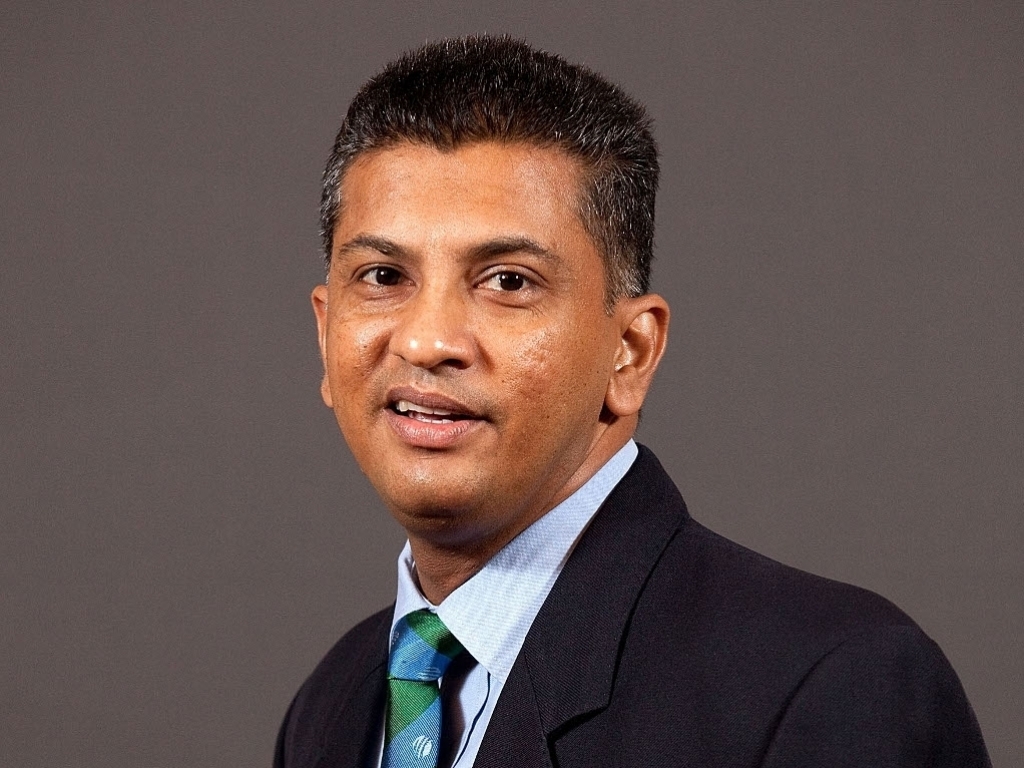 The International Cricket Council have announced that former Sri Lanka player Roshan Mahanama will step down from the Elite Panel of ICC Match Referees at the end of the year.

Mahanama joined the elite panel in 2004 and has refereed in 58 Tests, 222 ODIs and 35 T20Is to date, including refereeing in three ICC Cricket World Cups and the ICC Champions Trophy 2009.

He has made the decision to step down six months ahead of the expiry of his contract so that he can spend more time with his family and also focus on the development of his business activities in Sri Lanka.

"This has been an extremely difficult decision as I am very passionate about cricket, which has been an integral part of my life for over 40 years as a cricketer, coach and ICC match referee," said the 49-year-old Mahanama.

He continued: "However, in life a time comes when one has to keep moving forward based on obligations and priorities. My time has come to devote an uninterrupted focus and attention to my family, who made massive sacrifices over the years to enable me to pursue my career for over three decades.

"The journey for almost 12 years as an ICC match referee has been amazing and something for me to reflect upon with pride and satisfaction. I have had the pleasure of meeting and working with some outstanding professionals, refereed at some great matches and visited some incredible places along the way.

"I would like to thank the ICC and Sri Lanka Cricket for affording me the opportunity to be involved in almost 600 internationals of the game I so passionately love!

"I can never forget to record my appreciation of the support and assistance offered to me by all my former and current colleagues. A big bouquet to all the ICC staff and Members for the kind courtesies extended.

"It has been nothing less than a privilege and a pleasure to work with such a wonderful group of human beings over the years."

ICC General Manager – Cricket, Geoff Allardice, thanked Mahanama for his contributions as a match referee: "Roshan has been one of the pioneers of the elite panel and has been an integral component during the phase when the Referee’s role was evolving.

"On behalf of the ICC, I congratulate him on a successful career as a match referee and wish him well in his future endeavours."

Mahanama’s replacement in the Elite Panel of ICC Match Referees will be announced in due course.