Home News Malaysia, Denmark and Jersey all win on Day 1 of WCL Division 4

Malaysia, Denmark and Jersey all win on Day 1 of WCL Division 4 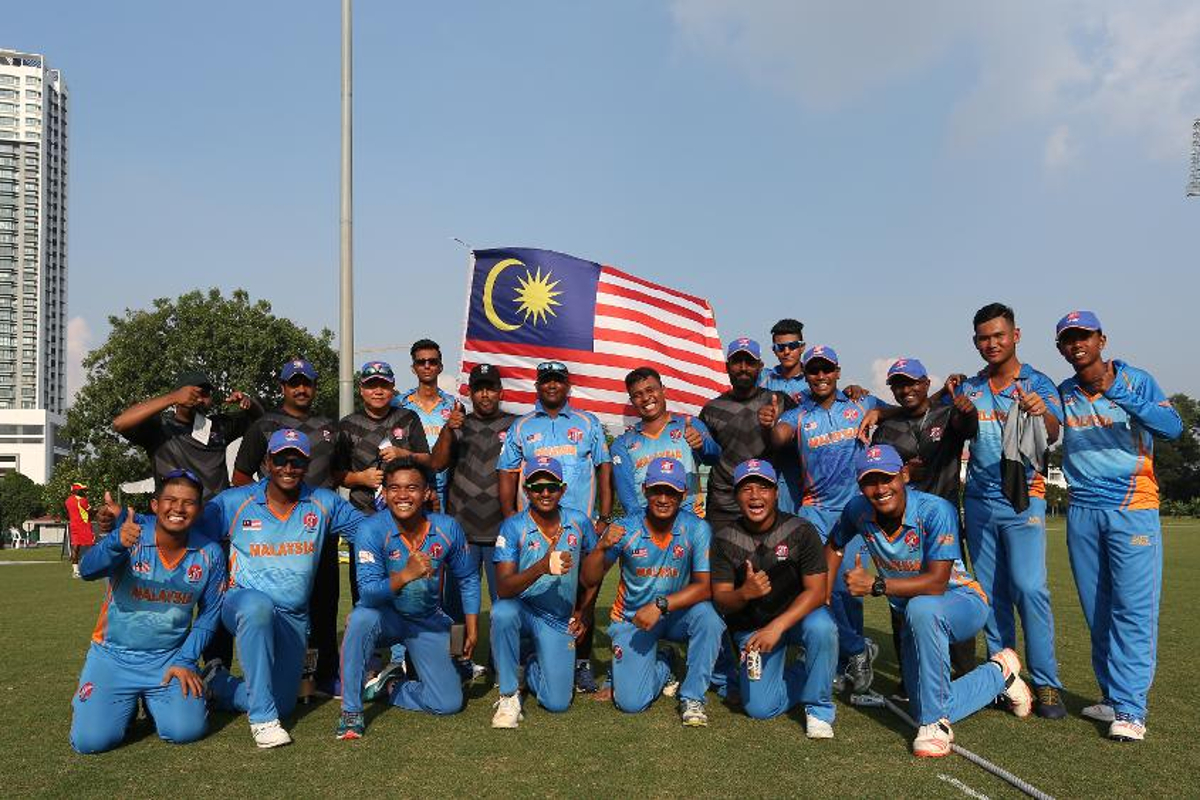 In the day’s other matches Denmark secured an emphatic eight-wicket win over Bermuda at the Royal Selangor Club, and Jersey beat Vanuatu by seven wickets at UKM Cricket Oval.

After batting first at Kinrara Oval, Malaysia produced a last-over victory against Uganda, eventually emerging victorious by nine runs. After the opening wickets of Virandeep Singh (3) and Anwar Arudin (9) fell cheaply thanks to some good bowling from Uganda, the hosts’ middle-order then brought them into a strong position with Suhan Alagaratnam and Ahmed Faiz making crucial runs. Alagaratnam (61, 85b, 3×4, 2×6) and Faiz (50, 82b, 6×4) with support from Muhamad Syahadat (27), took Malaysia to 208 all out in 49.3 overs. Uganda’s Riazat Ali Shah took four wickets for 24 runs in 7.3 overs.

Chasing 209 for victory, Uganda lost regular wickets, with Malaysia’s Muhamad Syahadat (4-21) taking them at important times. Riazat Ali Shah (28) and Fred Achelam (36) made important contributions to keep Uganda in the hunt. Needing 10 runs for victory off the last over with one wicket to spare, Deusdedit Muhumuza (38, 88b, 2×4) was run out by Shafiq Sharif, handing victory to the hosts by nine runs.

Denmark’s Freddie Klokker was the standout performer of the day with the tournament’s first century, as the European side beat Bermuda by eight wickets. Bermuda batted first with wicketkeeper-batsman and opener Okera Bascome top-scoring with 63 runs from 41 balls including six fours and four sixes. Tre Manders (40, 56b, 3×4) and Charles Trott (36, 45b, 4×4, 1×6) contributed for Bermuda to get them to 209 all out in 47.5 overs. Bashir Shah for Denmark was the standout bowler, claiming three wickets for 17 runs.

Klokker and captain Hamid Shah then led Denmark to an emphatic eight-wicket victory. Klokker’s unbeaten 108 from 130 balls included eight fours and a six, while Shah’s 48* from 59 balls featured two fours and one six, the Danes securing the win in 41.5 overs with only two wickets lost.

Ben Stevens of Jersey put in an excellent bowling performance, taking four wickets for 12 runs in seven overs to lead Jersey to a seven-wicket victory. Vanuatu batting first were bowled out for 104 runs in 36 overs. Shane Deitz, who top-scored with 36 runs from 73 balls, Patrick Matautaava (20) and Joshua Rasu (16) were the only batsmen reach double figures.

In the chase, the partnership of Jersey’s Nathaniel Watkins (36 not out, 84b, 3×4) and Nicholas Ferraby (28 not out, 47b, 4×4) helped the European side to an opening day’s win. For Vanuatu Jelany Chilia took three wickets for 30 runs.