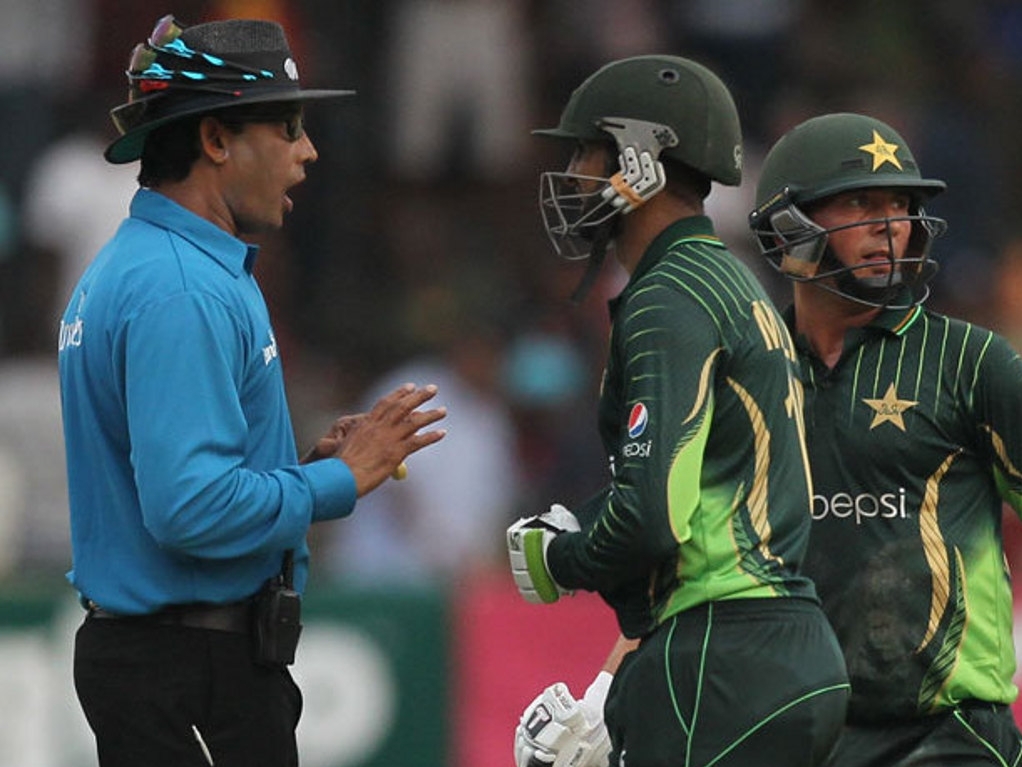 Pakistan veteran batsman Shoaib Malik was gracious in his assessment of the ODI his side lost against Zimbabwe on Saturday, but admitted he was disappointed by the way the match ended.

The game was called off with two overs to go due to bad light, with the umpires unable to see the ball clearly and no floodlights available. As such, Pakistan fell five runs short thanks to the Duckworth-Lewis calculations.

Pakistan needed 277 to win, and after being 76 for six, Malik's 96 not out nearly saved the day. They needed 21 runs off those last two overs, with two wickets in hand, and he felt his side would have won.

Malik said after the match: "The way we were batting then, I think the game was in our favour. Obviously there are certain ICC rules and we have to follow them.

"I think overall it was a great game, but at the end of the day it's a little bit disappointing the way it ended. But being a professional cricketer and representing your country, you have to follow certain rules and regulations."

Pakistan's recovery was mostly down to Malik's knock, but a half century from Aamir Yamin certainly helped the cause. But he was out in the 40th over, and then Yasir Shah made 32 not out.

When asked if the he felt the game had been lost when Yamin was out, Malik added: "I never thought of it that way. The way [Yamin] batted, he gave us hope.

"Even when Yasir Shah came in, the way he was batting I think the pressure was on the Zimbabwe team. It's like a team thing.

"Obviously we lost, but at the end of the day we have achieved a lot from this game."

The second ODI will be played on Monday at the same venue.