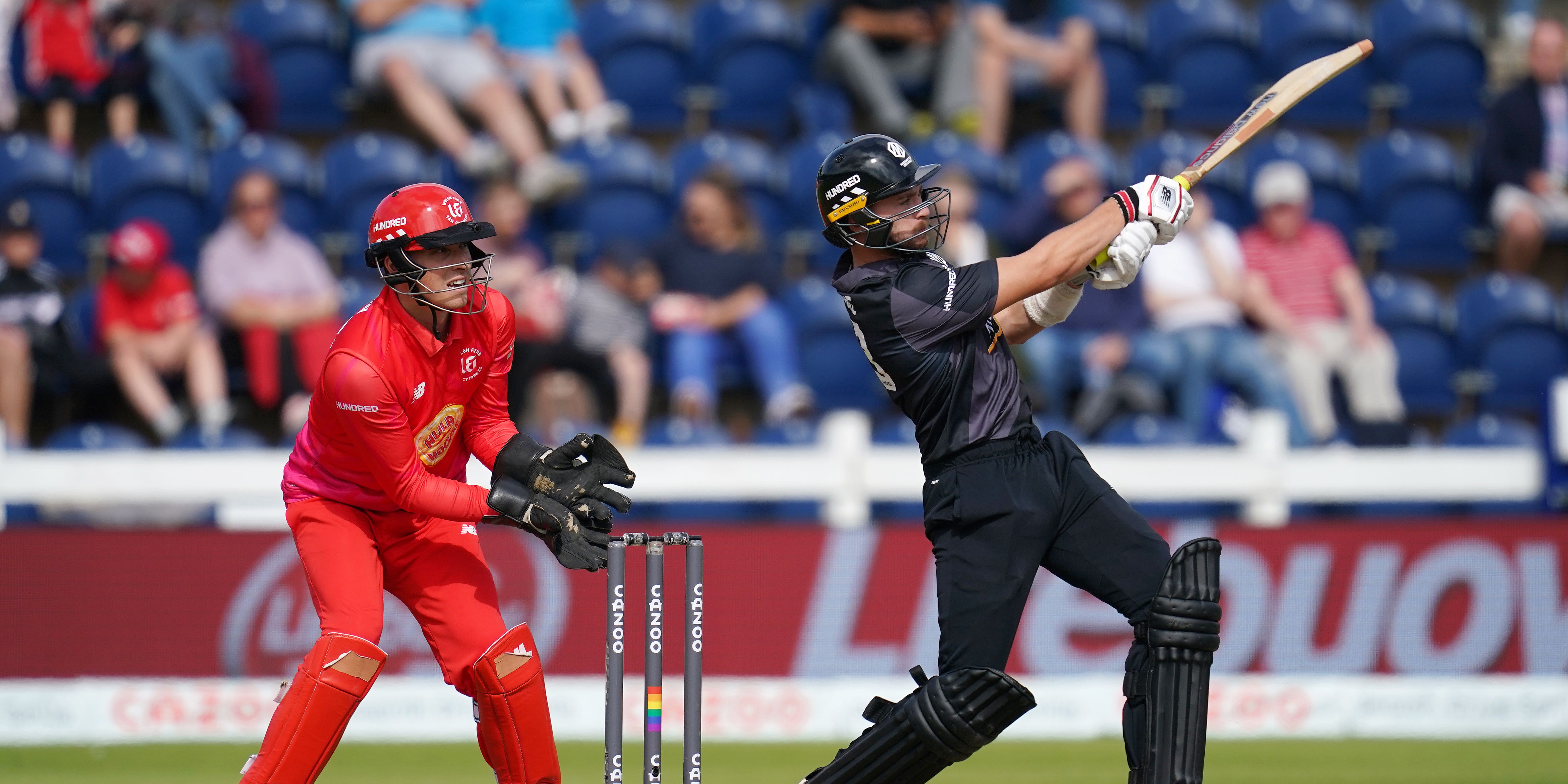 Manchester Originals moved to second place in The Hundred table with a seven-wicket win over Welsh Fire in Cardiff.

Having won the toss, the Fire posted 150 for six, which was boosted by some late-order hitting by Leus Du Plooy (43) and Matt Critchley, who finished 30 not out.

Tom Hartley had taken two for 11 from his 15 balls, including a caught-and-bowled to remove opener Josh Cobb for just two.

Joe Clarke (58) and Phil Salt (30) then made the chase look very straightforward as they put on 94, the highest opening stand of the competition.

An unbeaten 33 from Colin Munro saw the Originals chase down their victory target with five balls to spare, finishing 153 for three.

In Saturday’s late match at Headingley, Northern Superchargers claimed a first victory in the men’s competition as they beat Oval Invincibles by six wickets, helped by an unbeaten 47 from Harry Brook.

The Superchargers attack, spearheaded by three for 13 from leg-spinner Adil Rashid, restricted the Invincibles to 127 for six – with 27 having come from the last eight balls following Jason Roy’s rapid unbeaten 52.

Opener Chris Lynn made 48 before Yorkshire batsman Brook and Simpson, who finished 19 not out, guided the Superchargers home with three balls remaining at 128 for four.

Earlier, in the women’s game at Leeds, Alice Davidson-Richards put on an impressive display with bat and ball as the Superchargers edged out the Invincibles by four runs to move top of the table.

The hosts’ 109 for eight had looked below par despite a sluggish pitch, Davidson-Richards top-scoring with 42 off 30 balls.

Young bowler Alice Capsey impressed for the Invincibles, as the 16-year-old claimed two wickets in the space of three balls, conceding only nine runs from 20 deliveries.

Davidson-Richards, however, then returned two for 17 from 20 balls – defending 10 off the last five as the visitors finished on 105 for four, consigning the Invincibles to their first defeat in three despite a high score of 29 from Sarah Bryce.

In the early match at Sophia Gardens, Welsh Fire had secured their first win of The Hundred by defeating the Manchester Originals following an excellent effort in the field and Hayley Matthews’ impressive 71.

After being put in to bat, Sophie Ecclestone top-scored with an unbeaten 31 as the Originals, yet to claim a victory in the tournament, reached 120 for six. Georgia Hennessy took two for 24 from her 20 deliveries.

West Indies international Matthews then led the reply, hitting 71 from 50 balls, with Georgia Redmayne making an unbeaten 38 as the Fire reached their victory target with nine wickets and 12 balls to spare.