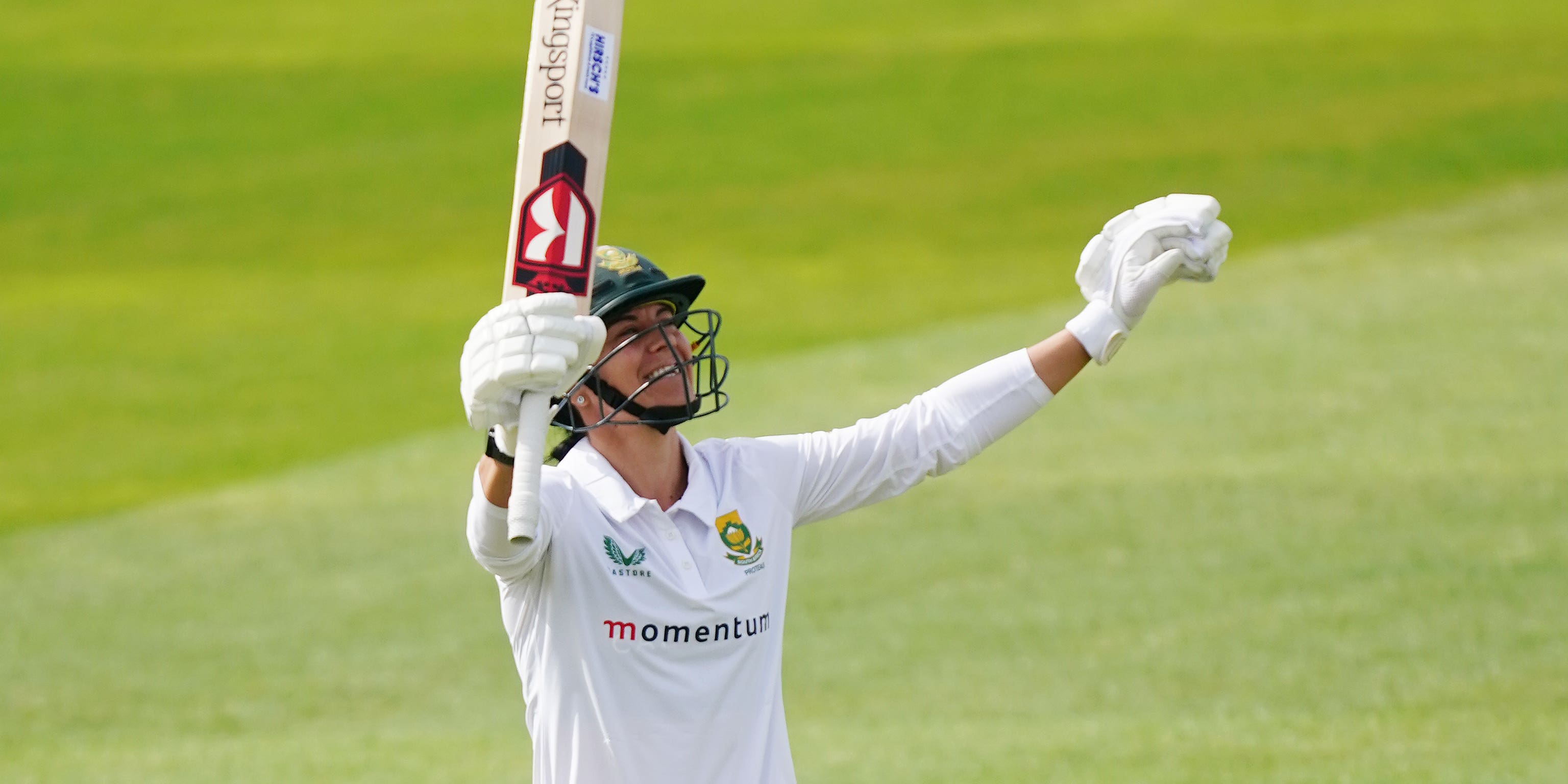 Marizanne Kapp steered South Africa out of trouble with a maiden Test century as the visitors were all out for 284 on day one of the LV= Insurance Test at Taunton.

England trio Issy Wong, Lauren Bell and Alice Davidson-Richards all took debut wickets, but Kapp led a South African resurgence as they recovered from 45 for four when she came to the crease to reach 276 when she was caught.

Kapp was one of only two South Africans to go into the game in Somerset with a Test cap and looked to dominate from the start, playing expertly as she made 150 from 212 deliveries.

However, she ran out of batting partners, with Anneke Bosch the next highest scorer with 30, despite batting getting easier throughout the day, England having won the toss and elected to bowl.

It was a new-look England side featuring four debutants, but the youngsters held their own against South Africa, who were playing their first Test match since 2014.

England bowled well at the start of the day, with Kate Cross the pick of the bowlers after being promoted to opening the bowling following the international retirement of Anya Shrubsole and Katherine Brunt’s decision to focus on white-ball cricket.

Cross finished with figures of four for 63, including the wicket of captain Sune Luus.

Kapp was best-supported by Bosh and the pair put on 72 for the sixth wicket before Bosch was caught, handing England off-spinner Sophie Ecclestone her first wicket of the Test.

Marizanne Kapp eventually fell to Bell just after bringing up her 150 when she looked to play down the ground, as she had so expertly throughout her innings, but Tammy Beaumont took a high diving catch at mid off.

In the morning session, Wong, a highly-rated fast-medium bowler who was a late call-up to the squad, took the wicket of Laura Woolvaardt in her second over.

The South African batter was bowled through the gate by the 20-year-old as South Africa struggled to get going after being put in to bat by Heather Knight.

Bell took the wicket of Lizelle Lee, trapping her lbw, while Davidson-Richards dismissed Nadine de Klerk, who had played a support role to Kapp after coming in at number eight.