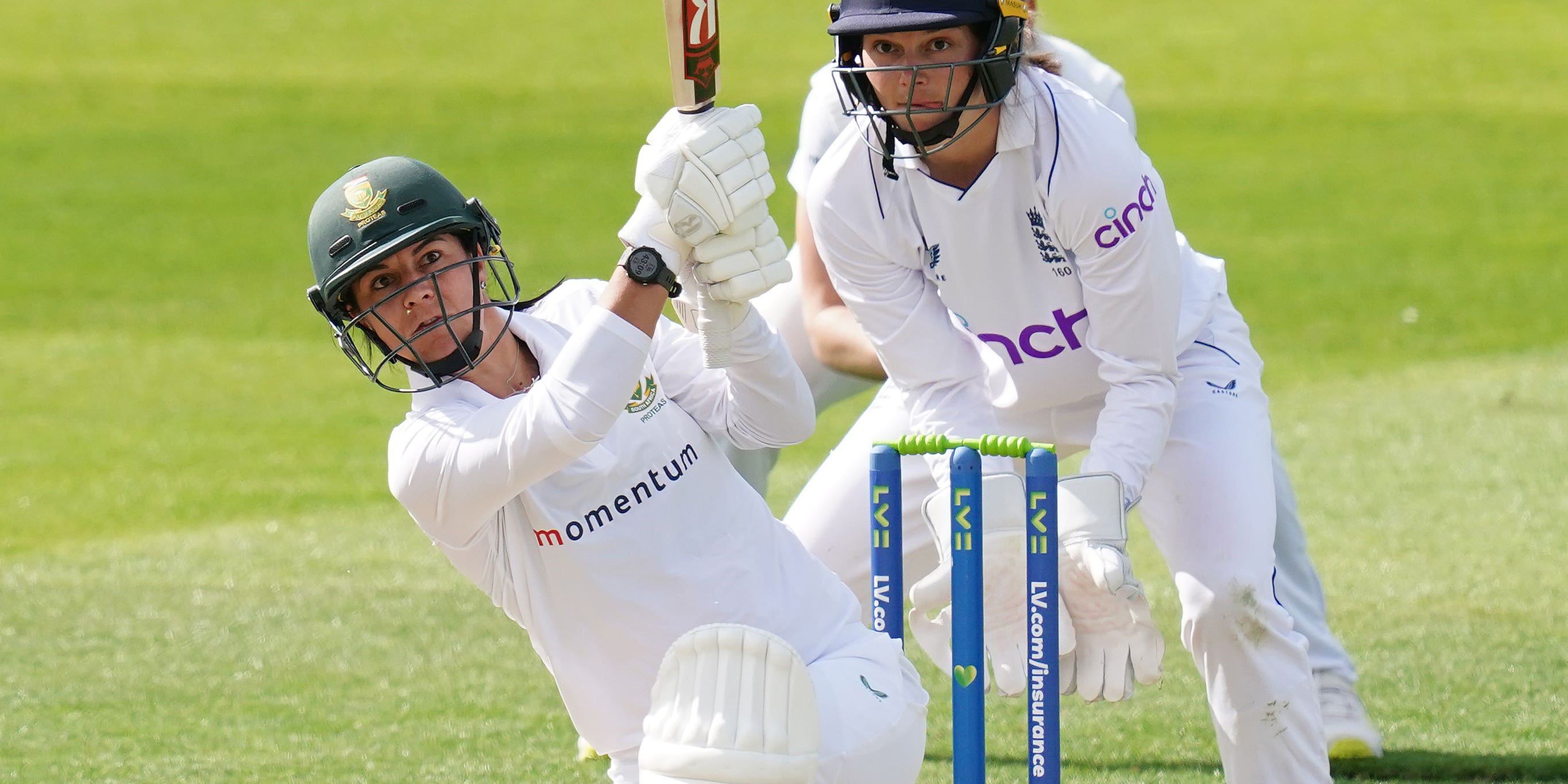 Marizanne Kapp starred with the bat as South Africa recovered from 45 for four to reach 284 all out on the first day of England Women’s only Test match of the summer.

Kapp hit 150 from 213 deliveries as England ushered in a new era with four debutants, three taking their maiden Test wickets.

Here, the PA news agency takes a look at some of the talking points from the opening day.

Moment of the day

England handed out four new caps at the start of the day, to Issy Wong, Lauren Bell, Alice Davidson-Richards and Emma Lamb, and the first three all took wickets on the first day.

Back then, the sides played a two-match series which the hosts won 1-0. The games were played at Taunton and Shenley, and England only batted twice in the series.

It was the first time since 2008 that England were without their established opening bowling partnership of Katherine Brunt and Anya Shrubsole but the new players held their own and bowled well, especially Bell and Wong.

Attracting the next generation

A large proportion of the crowd was made up of school children, accompanied by a giant star to represent All Stars cricket. A number also took to the field at lunch to show off their cricket skills.

England will be hoping to bounce back strongly at the start of day two after letting the afternoon and evening sessions slightly get away from them. Heather Knight will also want to give her bowlers a rest after their first Test match since Australia in January.