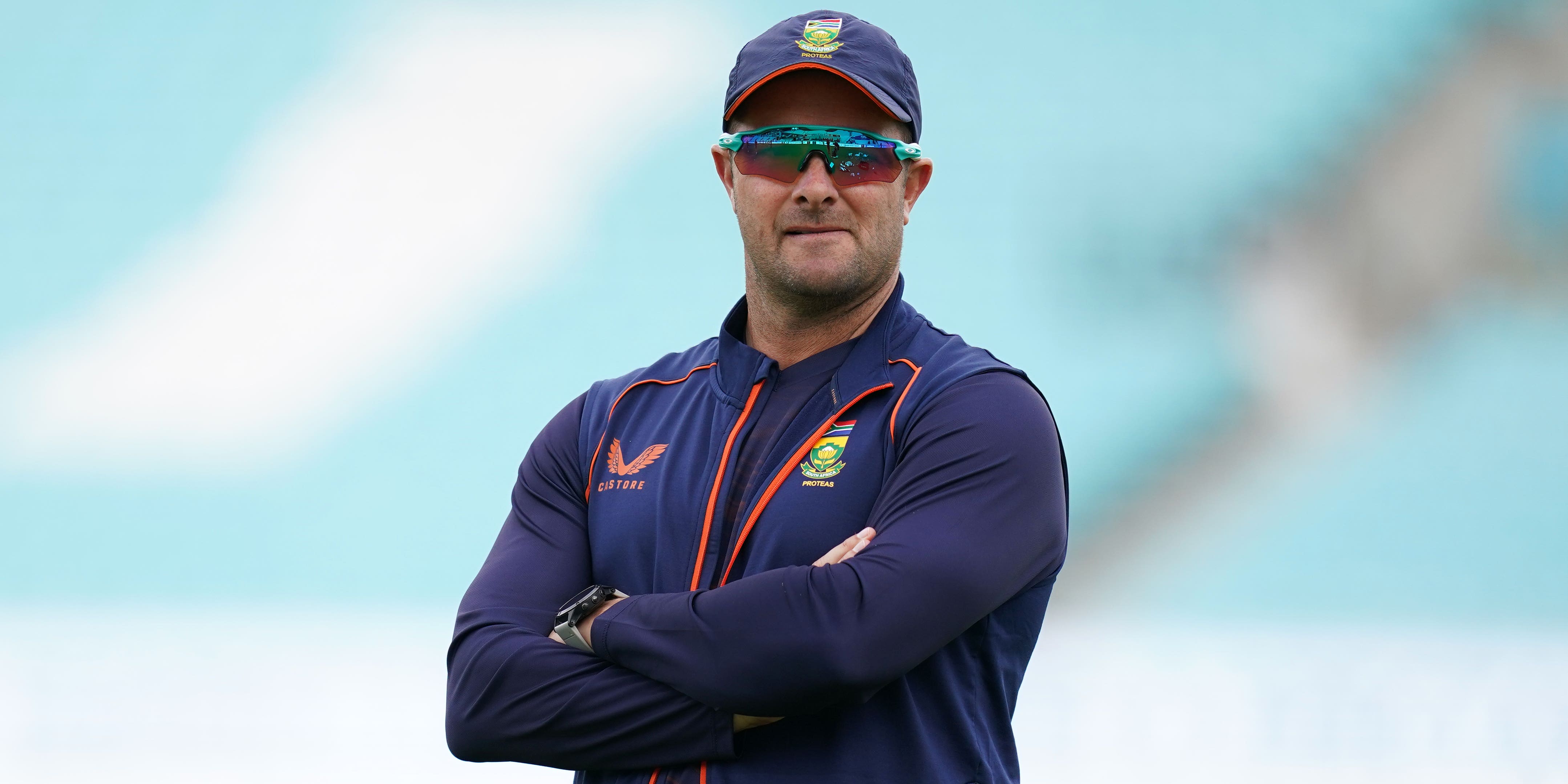 Mark Boucher will stand down as South Africa head coach at the end of the T20 World Cup in Australia in the autumn.

Boucher’s resignation was announced hours after South Africa’s LV= Insurance Test series defeat against England on Monday as he looks to pursue other opportunities and personal objectives.

A former wicketkeeper who played 147 Tests and 295 one-day internationals for the Proteas, Boucher took up his coaching post in December 2019 during a period of great upheaval both on and off the field.

Under Boucher, South Africa have risen to second in the World Test Championship standings and memorably claimed a 2-1 series triumph at home over a vaunted India last winter.

Cricket South Africa chief executive Pholetsi Moseki said: “We would like to thank Mark for the time and effort he has invested in South African cricket as the head coach over the past three years.

“He has helped navigate us through some rough waters following the departures of so many senior players through retirement and has helped lay some strong foundations for the next generation of Proteas.”

In May, CSA charges of gross misconduct and racism against Boucher were formally and unreservedly withdrawn. They related to allegations involving his former team-mate Paul Adams and an investigation into the resignation of his former assistant coach Enoch Nkwe.

But both Adams and Nkwe decided against giving testimony, leaving CSA to conclude that there was “no basis to sustain any of the disciplinary charges”, as Boucher was allowed to continue as head coach.

Nkwe, now CSA director of cricket, said of Boucher’s impending departure: “We are deeply saddened by Mark’s decision to leave us but we also understand and respect his wishes. He is a Proteas legend and has done so much for the game in our country, both on the field and over the last three years off it.

“He has built a sound platform for South Africa to flourish in all three formats and I’m sure we will see the results of that at the T20 World Cup next month.”

CSA says it will announce a successor to Boucher, who will stand aside after the T20 World Cup which runs from October 16 to November 13, “in due course”.