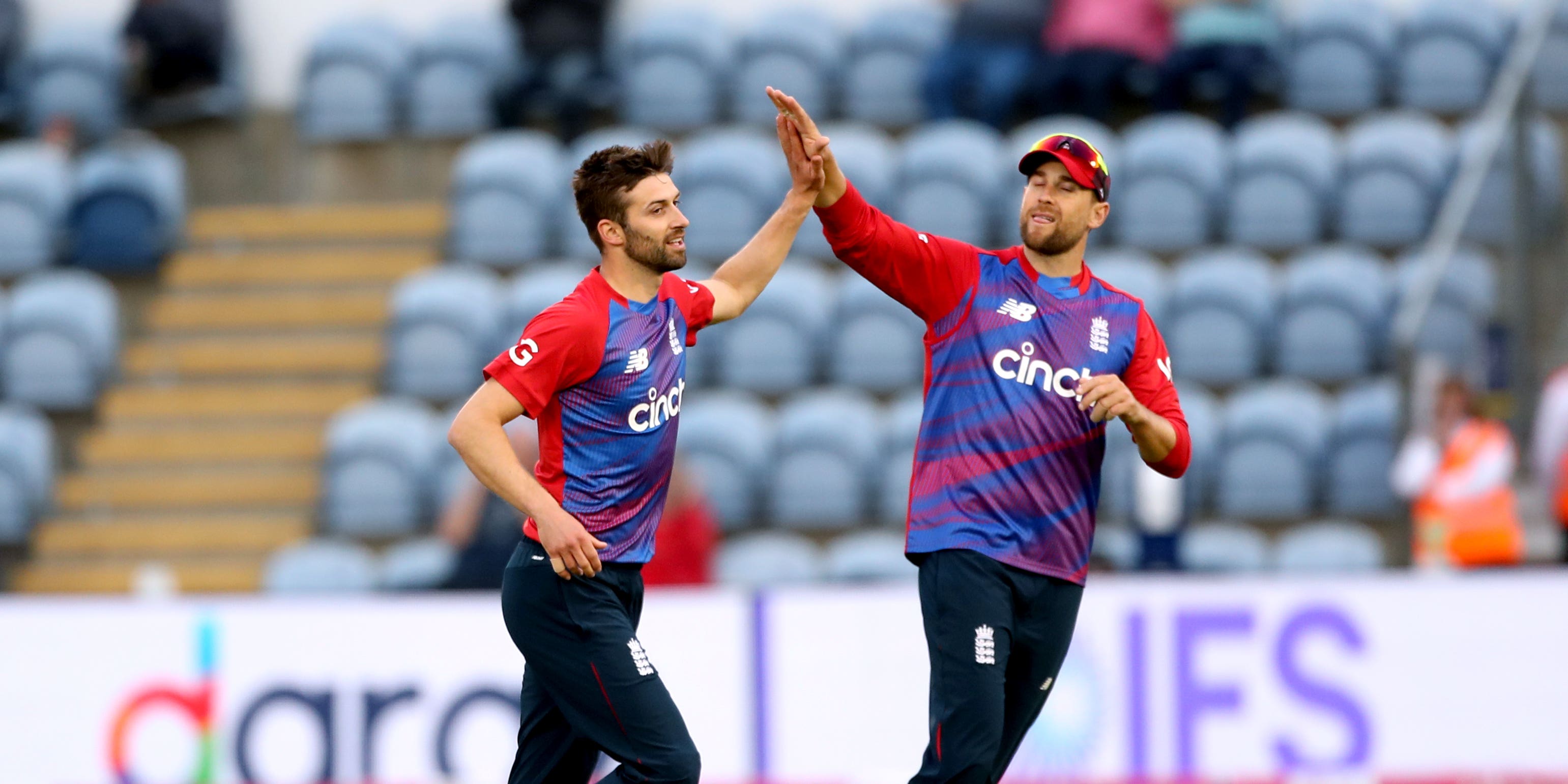 Mark Wood took two wickets in two balls while Adil Rashid also collected a couple of scalps as England once again excelled in the field against a desperately poor Sri Lanka in the second Twenty20 at Cardiff.

On the same strip where they limped to 129 for seven 24 hours earlier, the tourists were even worse on Thursday as they posted 111 for seven, putting England firmly in the driving seat to wrap up the series with a match to spare.

Wood and Rashid shone but this was a stellar collective effort from the bowlers, with England not conceding a boundary in the powerplay for the first time in T20s, while Sri Lanka registered just four fours and two sixes.

Kusal Mendis (39) and Isuru Udana (19 not out) were the only batsmen to find the rope after captain Kusal Perera – the only other batsman to reach double figures with 19 – elected to bat first again.

England were without Jos Buttler, man of the match the night before with an unbeaten half-century, because of a calf strain while Chris Woakes was rested. Sam Billings and David Willey were included while Jonny Bairstow took on wicketkeeping duties for a match which was being simulcast by Sky and the BBC.

The tourists had struggled with occasional variable bounce on Wednesday, losing wickets throughout and only occasionally finding the boundary. It was a similar story a day later as Willey and Sam Curran suffocated Sri Lanka, who stumbled to 26 for two after the first powerplay without hitting a four or six.

Curran took advantage of Danushka Gunathilaka’s sluggishness in setting off from the non-striker’s end to kick the ball on to the stumps in the second over despite the despairing dive of the batsman.

Curran banged one in short, a tactic England used frequently to starve Sri Lanka of the straight boundaries, and Avishka Fernando obliged, holing out to Liam Livingstone coming in from the deep square-leg boundary.

It was not until the fourth ball of the eighth over that Sri Lanka finally got their boundary count up and running, Kusal Mendis carving Mark Wood away wide of third man, with Dawid Malan’s desperate dive in vain.

Kusal Perera had barely played a shot in anger in reaching 19 but he took on Chris Jordan later in the over, but Malan was unable to cling on after running in and launching himself towards the ball. Perera took a couple but was unable to add to his total after a switch hit off Rashid took the toe end and carried to Eoin Morgan at cover.

Mendis attempted to club Wood but only got a top-edge which sailed into the evening sky, with Bairstow running to his left to take a steepler.

Wood had two in two when Dickwella got a leading edge to cover, with Wanindu Hasaranga just about surviving the hat-trick ball after missing a nervous poke from a delivery timed at 93mph from the Durham speedster.

Rashid had his second when Wanindu Hasaranga missed a hoick after charging down the wicket, leaving Bairstow with a simple stumping, with Sri Lanka reaching three figures in the final over.