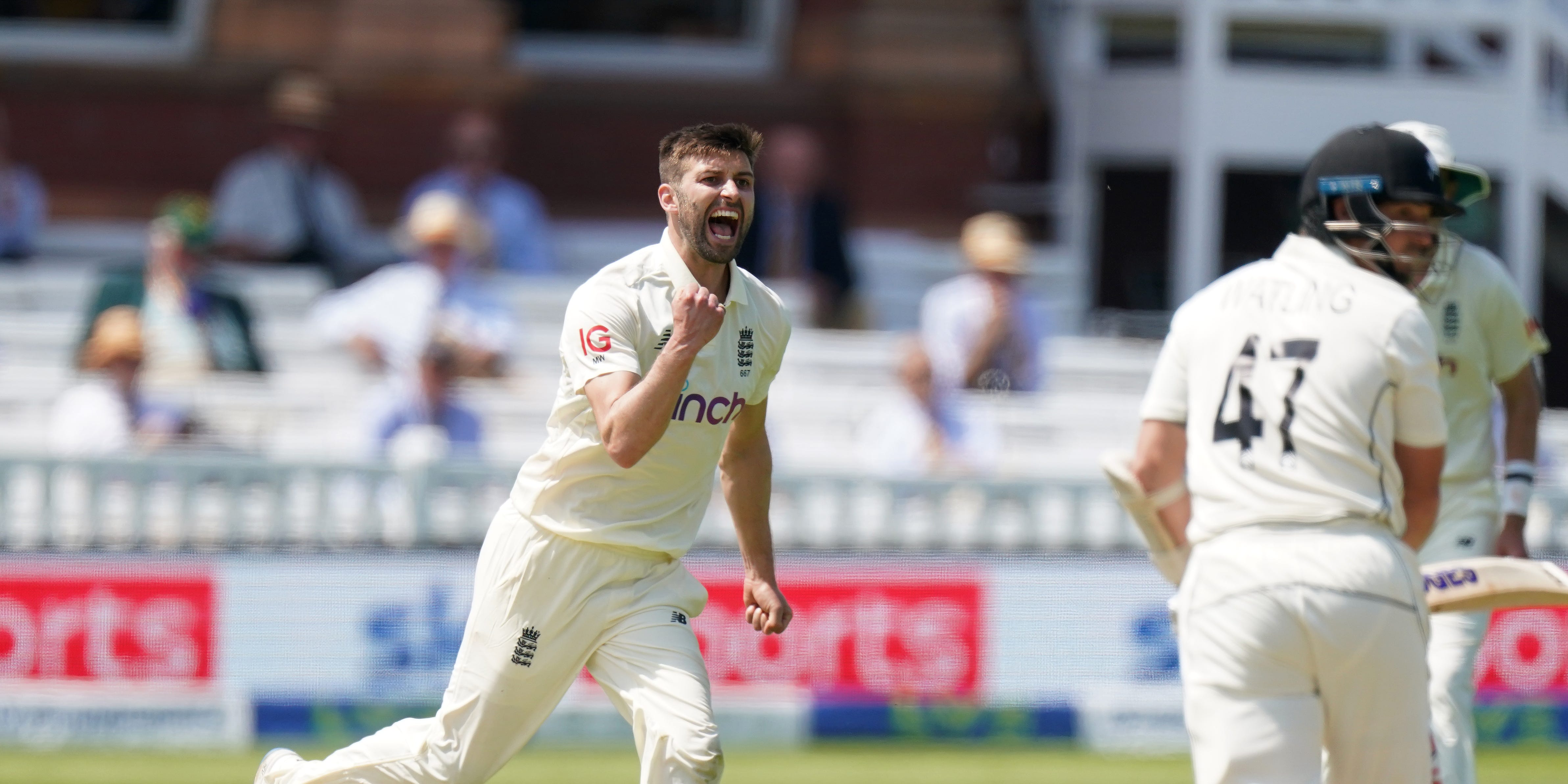 Mark Wood led England’s fightback on the second morning of the first Test against New Zealand while Ollie Robinson also shone a day after his apology for historical social media posts that used racist and sexist terms.

Robinson’s debut was overshadowed by tweets from 2012 and 2013, when the seamer was in his late teens, that were unearthed and shared online but the 27-year-old was backed by Wood to “try to concentrate on the cricket” before play got under way on Thursday.

The pair were instrumental as New Zealand lurched from 288 for three to 294 for seven – they went to lunch on 314 without further loss at Lord’s – with Wood taking three wickets and Robinson one.

Devon Conway continued to be a thorn in England’s side on a dream debut for the left-handed opener, who ended the session on 179 not out – setting a new record for the highest debut score in England in the process.

The spotlight was on Robinson, who said he was “embarrassed” and “ashamed” of his tweets, but it was the tried and trusted James Anderson and Stuart Broad who were tasked with making a breakthrough on Thursday morning, with the second new ball only six overs old.

Conway, alongside Henry Nicholls, had taken New Zealand into a position of strength and Anderson and Broad were unable to stymie the runs early on.

Nicholls brought up an unobtrusive half-century while Conway went past 150 shortly afterwards.

The fourth-wicket partnership had advanced to 174 – helping New Zealand inch closer to 300 – before Wood’s extra pace paid dividends, with Nicholls’ usual composure deserting him as he top-edged a hook from a well-directed bumper straight into the hands of Robinson at long leg to depart for 61 from 175 balls.

The wicket induced a middle-order wobble as BJ Watling, attempting to work Wood into the leg-side, got a thick edge which flew to second slip, while Robinson had his third when he nipped one back up the slope into Colin De Grandhomme’s front pad, with the original not out verdict overturned on review.

Conway remained steadfast at the other end as he helped the Black Caps beyond 300 alongside Kyle Jamieson (7no) but this was England’s session.