Home Countries Australia Marsh: All my focus is on playing Tests

Marsh: All my focus is on playing Tests 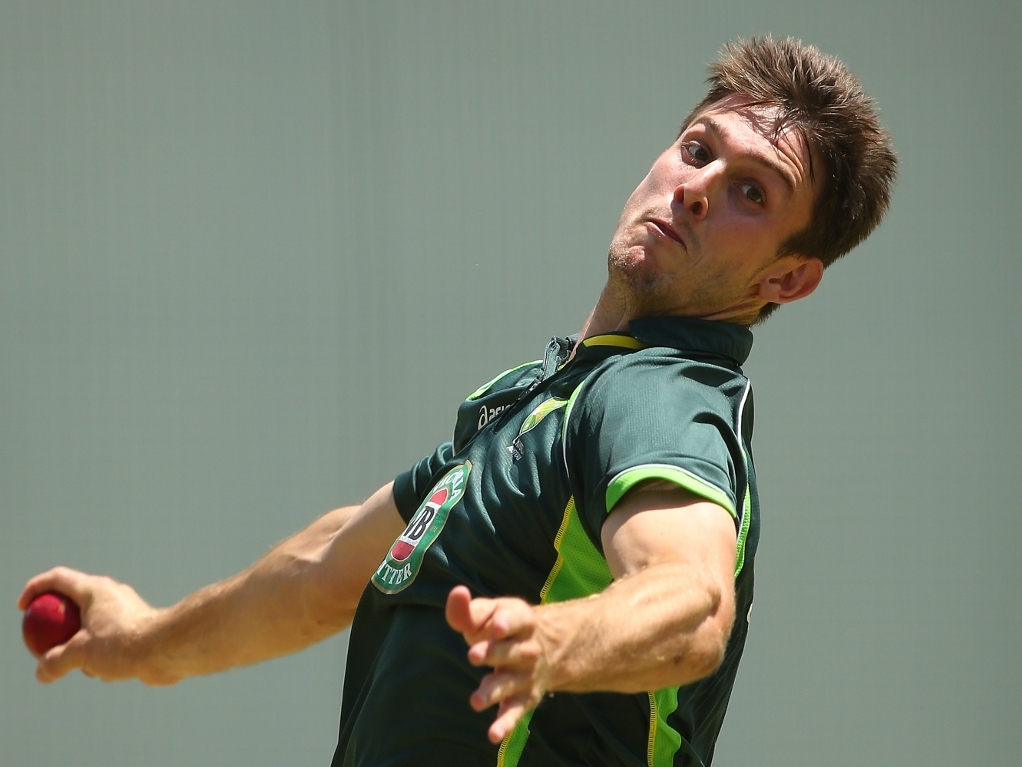 Australia all-rounder Mitchell Marsh is hoping that the upcoming tour to the West Indies will see him make enough of an impact to get an Ashes spot, and has credited coach Darren Lehmann for his recent success.

Marsh has played four Tests so far, with much more success with the bat than with the ball, and is eager to show his worth with the red ball, having been part of the World Cup victory earlier this year.

Marsh told the Cricket Australia website of his appreciation for the coach: "For someone like me, Boof has been unbelievable.

"He's the sort of coach you want to play for because he's really brought back the enjoyment to the game and that's exactly what it is – a game.

"We train hard and work hard off the field and when we win we enjoy our success and that's why any young cricketer plays the game.

"It doesn't matter if you play grade cricket or cricket for Australia. We play it to enjoy it and to win, and that's what it's all about."

Marsh, an Under-19 World Cup-winning captain, has often been seen as a shorter format player and made his ODI debut as a teenager, three years before his Test cap. But he wants to play at the pinnacle of the game, in Test whites.

He added: "Long term I want my place to be cemented in that Test spot.

"I feel like if I'm doing that then one-day and Twenty20 cricket will take care of itself if I'm playing good Test cricket.

"All my focus is going in to that."

The 23-year-old followed his dad and brother into Test cricket, and made his debut in Dubai last year. He was handed his cap by his father Geoff, but said that sparsely attended game against Pakistan felt a bit unreal.

Marsh said: "I was pretty nervous in that first Test. It was a probably a little bit different for me in the fact that we had about 45 people in the stadium that held 50,000, and 24 of those were Marsh'es.

"It didn't exactly feel like a Test match. Once I got home back to Australia playing in front of big crowds (against India), that was just an amazing experience.

"I think that's what drives you, really wanting to play in front of the big crowds and on the big stage."

His brother Shaun is also a Test player, and both are in and out of the side. Their ambition is to play in the same XI, and the one time that did happen, Mitchell was ruled out with an injury.

He continued: "It's something that drives us every day, it's just what we want to do. When we played that first Test together and I got injured on the first day it was gut-wrenching.

"You don't want to get injured any time playing for Australia, but the first one with your brother you want to be out there as much as you can.

"We've got a big 12 months of Test cricket coming up so hopefully we'll both be in there."