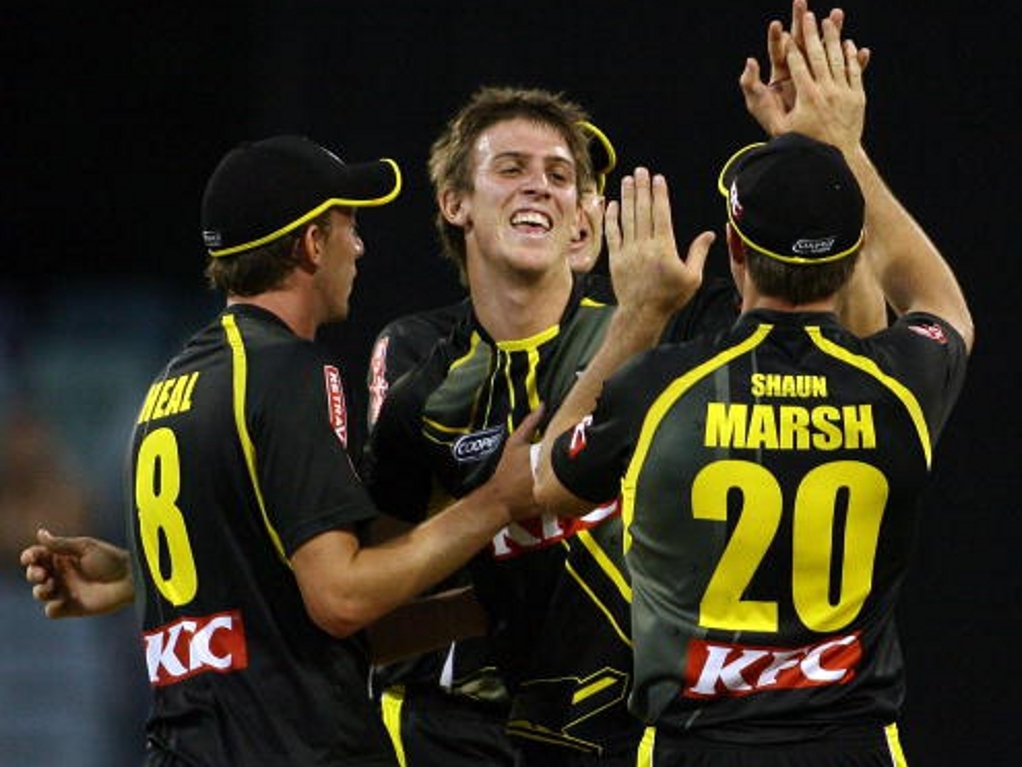 Australia international, Mitchell Marsh, is on the brink of galvanizing his position as Australia's number one allrounder, at least according to his brother Shaun.

The younger of the Marsh brothers, whose father Geoff played 50 Tests for Australia, was impressive in the triangular series in the Caribbean, and his brother Shaun believes he could be just one Test innings away from becoming Australia's number one allrounder in all three formats.

Shaun spoke about his brother's rise in a recent interview with cricket.com.au, saying: "He's going really well, he's learning every game he's playing and maturing into the cricketer we all know Mitch can be,

"It's really great to see, he finished off that tournament really well.

"That innings he played to get them over the line showed that maturity,

"He's still pretty young, Mitch, he's only 24. To have that in him to guide his country into a final, in a big game like that, against quality opposition, was a real stepping stone for him."

After a great ODI series the attention now shifts to the Test arena, with both Marsh brothers in the squad to face Sri Lanka this July, and Shaun has backed his brother to do well: "Hopefully he can take that batting form into the Test arena now. I know he's is just one Test innings away to get that going for him."

Justin Langer, coach of Western Australia, who took on a caretaker coach role for the West Indies triangular is a believer in Mitchell's ability tipping him to possibly bat up at four, something Shaun can envision: "I've got no doubt in Mitch's ability that he could get to that at some stage,

"I'm sure Mitch knows himself he's got a bit of work to do. I know he's working really hard and if he keeps doing that I've got no doubt he can get to that position.

"We really want each other to go well and hopefully there's a few more games we can play for Australia together in the team."

Australia take on Sri Lanka in a three Test series that will get underway in Kandy on July 26.