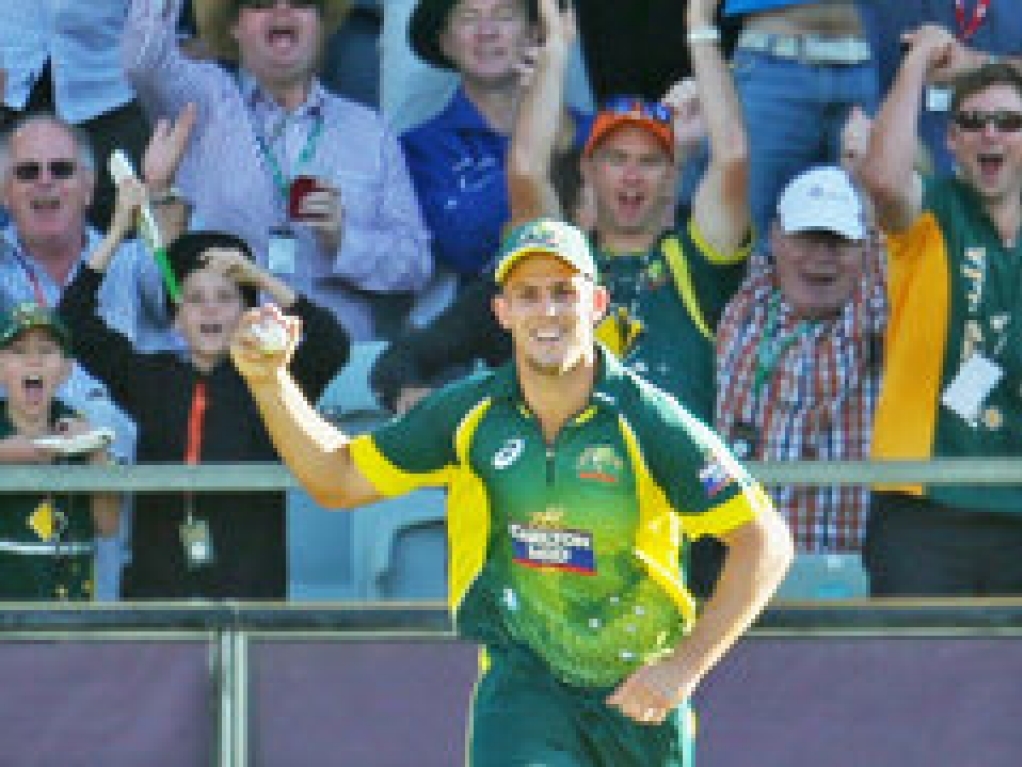 Australia allrounder Mitchell Marsh has played down fears that the current hamstring injury that he has could keep him from playing at the World Cup, which starts in mid-February in Australia and New Zealand.

Marsh injured his hamstring while playing in the second Test against India, on the 17 December,  in the recently completed four-match series against India, and has not played any cricket since then.

The 23 year-old Marsh has a history of hamstring problems, as just in September last year he picked up hamstring niggle playing for the Perth Scorchers in the Champions League T20 competition in India.

Marsh, who has 12 ODI caps, feels he is getting comfortable with recovering from injuries, more so than in the past. He also feels his body prolongs some injuries.

After being named in Australia's 15-man World Cup squad, Marsh is confident that by the time the tournament starts, he will be back on the cricket field.

He is quoted as saying on Cricket Australia's official website: "Over the last 12 months I've got my body to a point where I've gained a lot of confidence in it.

"And I've just gone hell for leather playing and training, and that's been great for me. This is a really minor injury. It's probably only a 10-day injury, but my hamstrings turn that into a three or four-week injury."