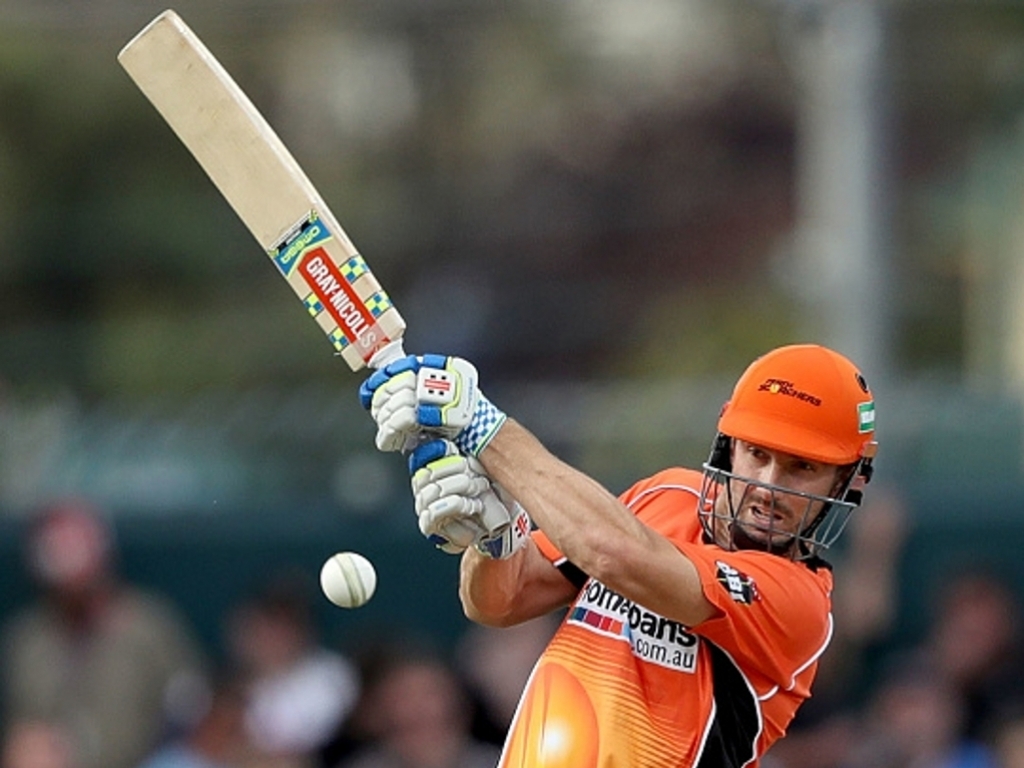 Shaun Marsh hit 57 off 34 balls to help the Perth Scorchers beat the Hobart Hurricanes by seven wickets and go to the summit of the Big Bash League.

The Scorchers are now guaranteed a home semi-final with only the Melbourne Stars being in a position to leapfrog them by beating the Sydney Sixers in the final league game.

The Hurricanes set the Scorchers a modest target of 135 runs to win after posting a total of 134 for 6 in their twenty overs.

D’Arcy Short, who has been a revelation for the Hurricanes this season, top scored for the home side with 36 off 24 balls but he had little support and the innings never really got off the ground.

Mitchell Johnson picked up two early wickets and finished as the pick of the Scorchers bowlers with figures of 2 for 15 from four overs.

The Scorchers would eclipse the total in just 13.5 overs with Marsh hitting two sixes and seven fours in his knock and though Stuart Broad had him caught behind at the end of the 12th over the game was all but won by his well crafted knock.

Veteran batsman Michael Klinger played the anchor role up front with a run a ball 29 and Adam Voges (20*) and Ashton Turner (16*) chipped in with rapid fire cameos.

The Scorchers will play their semi-final at the WACA regardless of what happens in the final round robin game.