Home Countries Australia Marsh has no regrets about missing IPL

Marsh has no regrets about missing IPL 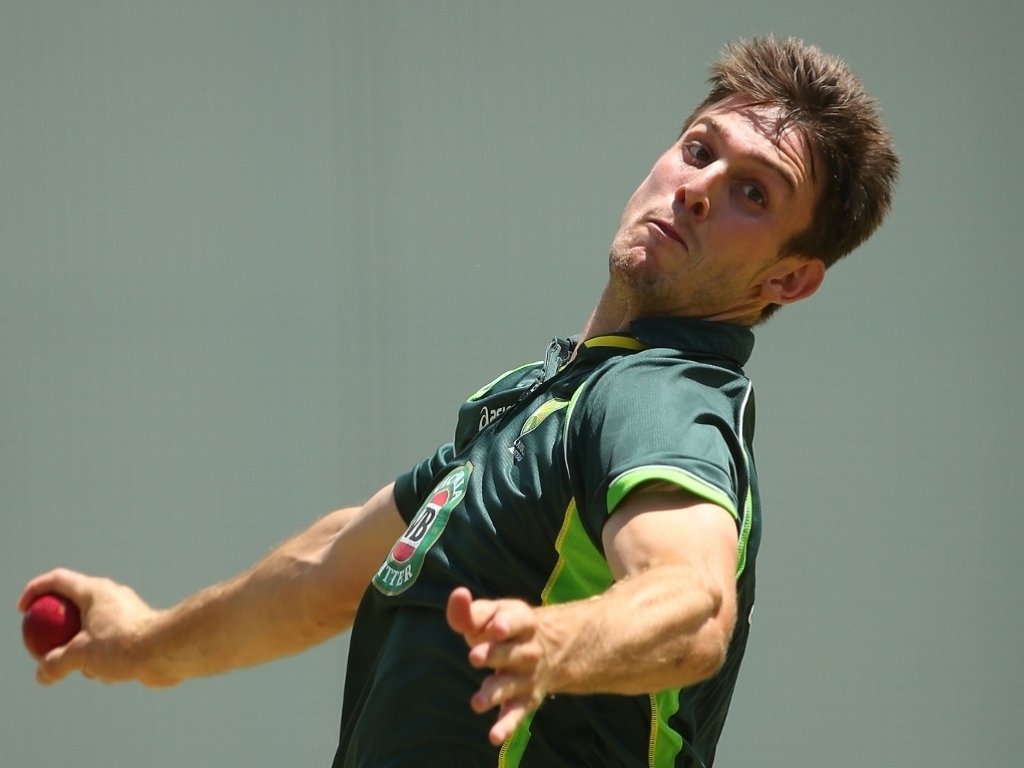 Australia all-rounder Mitchell Marsh has no regrets about missing out on the Indian Premier League, withdrawing from contention after the World Cup, and feels the six-week break was the best thing for him.

Marsh had a frenetic 2014 and was part of the World Cup-winning side, so chose to rest during the IPL, giving up those riches, and hopes that sacrifice does him good in the upcoming series in the West Indies, and then the Ashes.

Marsh told the CA website: "It was obviously nice to have a break. It's something that I probably need; a chance after a 12-month period to get stuck into the gym and get my body strong again.

"I'm feeling really fit at the moment so hopefully I can perform. It was nice to have a couple of weeks off and then get back into training.

"I spent three weeks in Brisbane working on a few things with my bowling with Craig McDermott, which was great.

"And I got back to hitting a few balls and getting stuck into the gym."

Marsh wasn't worried about losing out on the money he gave up in skipping the IPL, saying his top ambition was to be ready for Test matches, and felt confident that a long career would provide well enough.

He added: "For me where my body is at and where my game's at, it was really important for me to have a break.

"I'm all about trying to nail down that No.6 Test match spot and I thought not going to the IPL would give me the best chance to do that.

"Even if it doesn't come off, I know I've given it a good crack.

"My body is feeling really good at the moment so I'm in a great position to be able to launch hopefully in the Test arena.

"I certainly would look to go to the IPL in the next few years.

"Financially Michael Clarke has always said to me if you make enough Test hundreds the money will take care of itself."