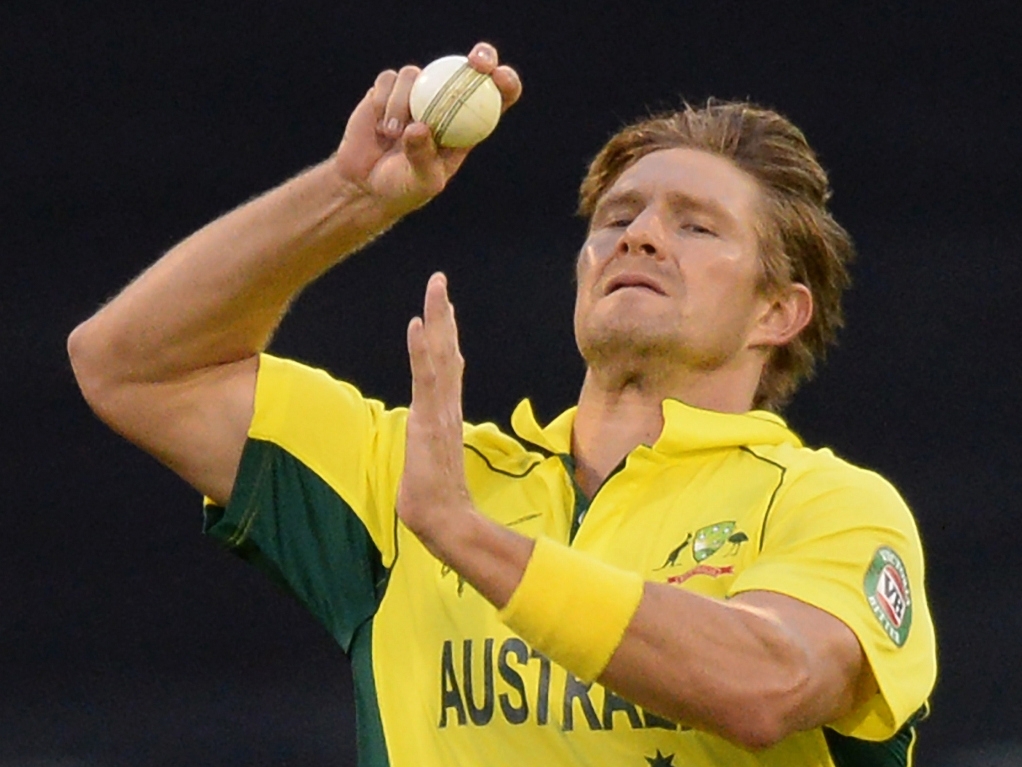 One of Australia's heroes in their win against England in their opening match of the World Cup Mitchell Marsh insists that Shane Watson remains the premier allrounder in the team.

Marsh first hit a quick 23 in 20 balls at the back of Australia's innings of 342 for nine, then bowled superbly to claim career best figures of five for 33 as the co-hosts won by 111 runs.

The performance of Marsh has placed the scrutiny firmly on Watson to keep his place in the side for the duration of the tournament, especially with the imminent return of James Faulkner some time during the competition.

Marsh though is having none of it. He thinks Watson, who was out first ball against England, is still the number one allrounder in the 15-man squad.

The 23 year-old Marsh said: "I still think Shane's the premier allrounder in our team and he's such a vital cog for us going forward in this World Cup. All of us know how important he is for us.

"To be fair I think most blokes (would have) nicked that ball (from Broad). It was a cracker. It's the one ball you don't want when you go in there first ball.

"It's obviously going to be a tough selection for the selectors this week but I think it's a good one."

Australia's next match in the tournament, which they are co-hosting with New Zealand, is against Bangladesh on the 21 February in Brisbane.