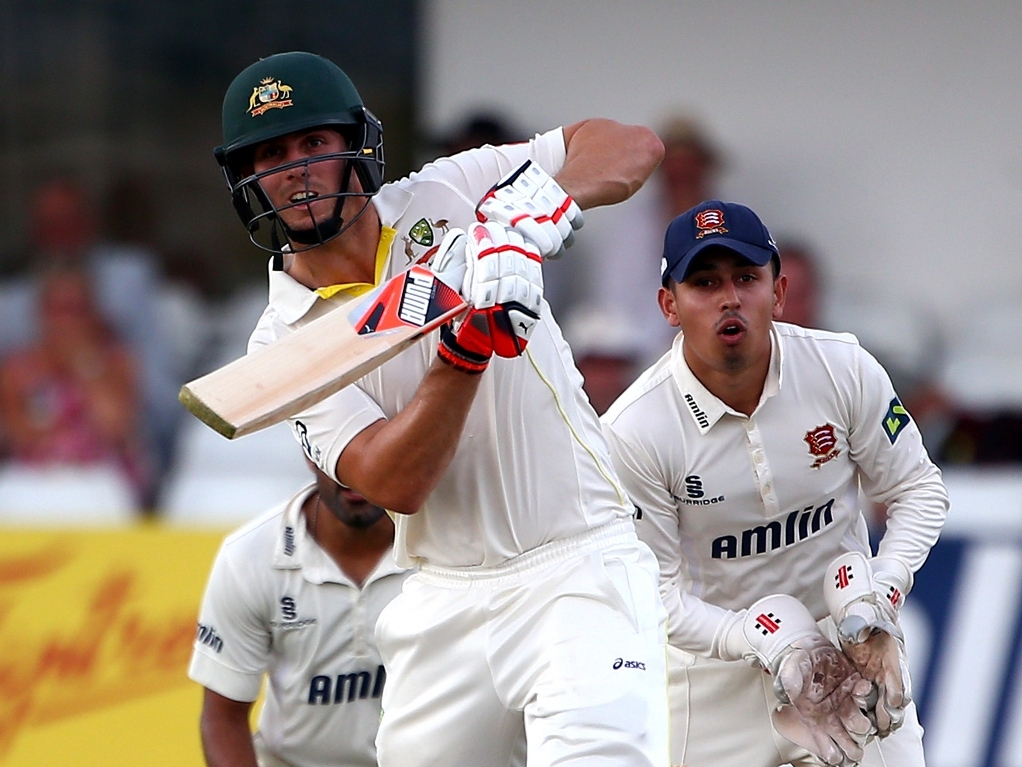 Australia all-rounder Mitchell Marsh arrived in England ahead of the Ashes with two First Class centuries to his name, but has added two more at the most crucial times, against Kent and now Essex in the tour matches.

These tons, combined with his bowling abilities, have put the pressure on veteran all-rounder Shane Watson, who despite scoring half tons himself, has not been bowling and the selectors will have a tough choice come 8 July.

But Marsh says he's not feeling any pressure to replace Watson in the side at Cardiff, the venue for the first Ashes Test, and is just playing his game and hoping for the best.

He said after his ton against Essex: "I'm certainly not putting any pressure on myself. It doesn't matter where you bat or play, if you take enough wickets and make enough runs the selectors are going to pick you at some stage.

"I've certainly put no pressure on myself, I'm just enjoying it and it's a privilege to be on this tour."

The bowling is a crucial factor, with Watson not bowling in the Kent match, and Marsh sending down plenty of overs. He hoped to do more with the ball in the current Essex fixture.

He added: "I'm happy to bowl as many overs as the skipper wants me to bowl. I think bowling is something where the more you do, the better you get, so hopefully I can get some overs in this game."