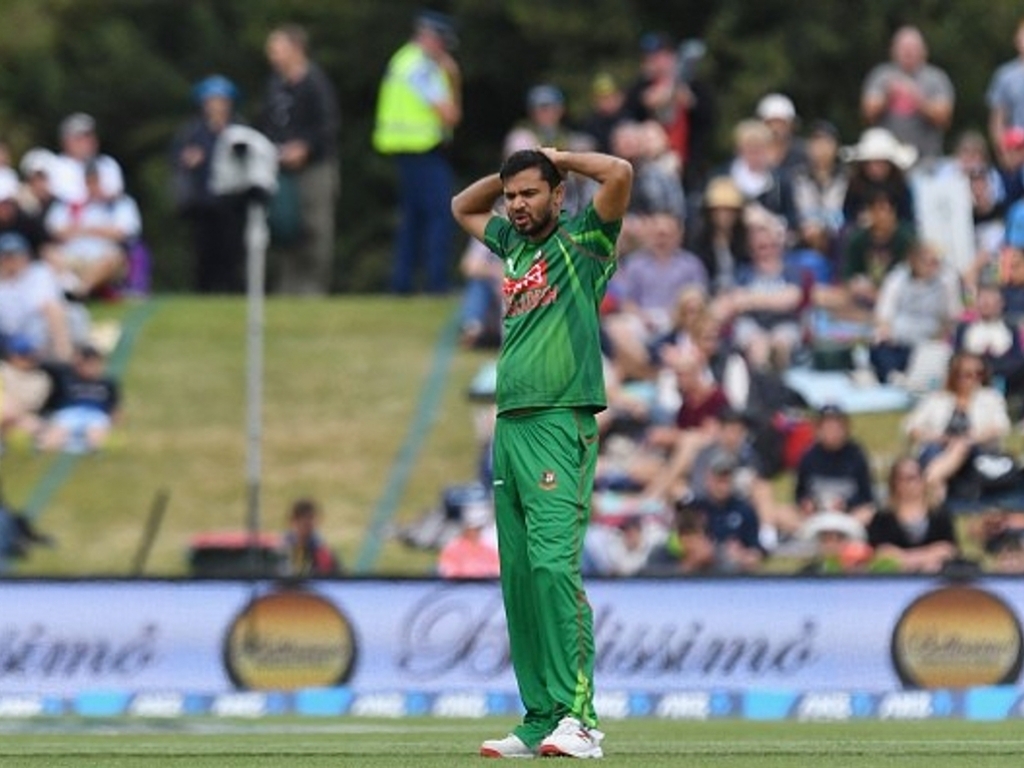 Bangladesh skipper Mashrafe Mortaza has hit out at what he called a ‘lethargic’ effort in the field from his team as they were downed by 77 runs by New Zealand in the first ODI.

The Tigers were far from catlike in the field putting down three catches and misfielding time after time as New Zealand amassed a big total.

Mashrafe said after the game: “I thought we were lethargic in our fielding.

“It was pretty disappointing. It would have motivated the bowlers had we fielded a little better. They took a lot of twos and threes, which we could have checked. We wanted to restrict them within 280 to 300, and, even if we had lost early wickets, we could have made a game out of that sort of target.”

The skipper was critical of his bowlers as well who he felt bowled far too short and allowed Tom Latham and Colin Munro to take the game away from his unit.

He added:  “Latham and Munro took the game away from us. They handled the bowlers really well, and all the credit goes to these two batsmen. But I think we bowled too many short balls to him.

“New Zealand’s short balls were head height, while we could bowl up to chest height which was easier for them to play shots. I think we should have adjusted it earlier, but we still have two matches left.”

The skipper felt the total was gettable though and rued the loss of Mushfiqur Rahman to injury.

He said: “The dismissals of Shakib and Sabbir set us back on a good batting track.

“At one stage we needed a T20-type chase, but Mushfiqur got injured. We could have pushed them further in the latter overs.”