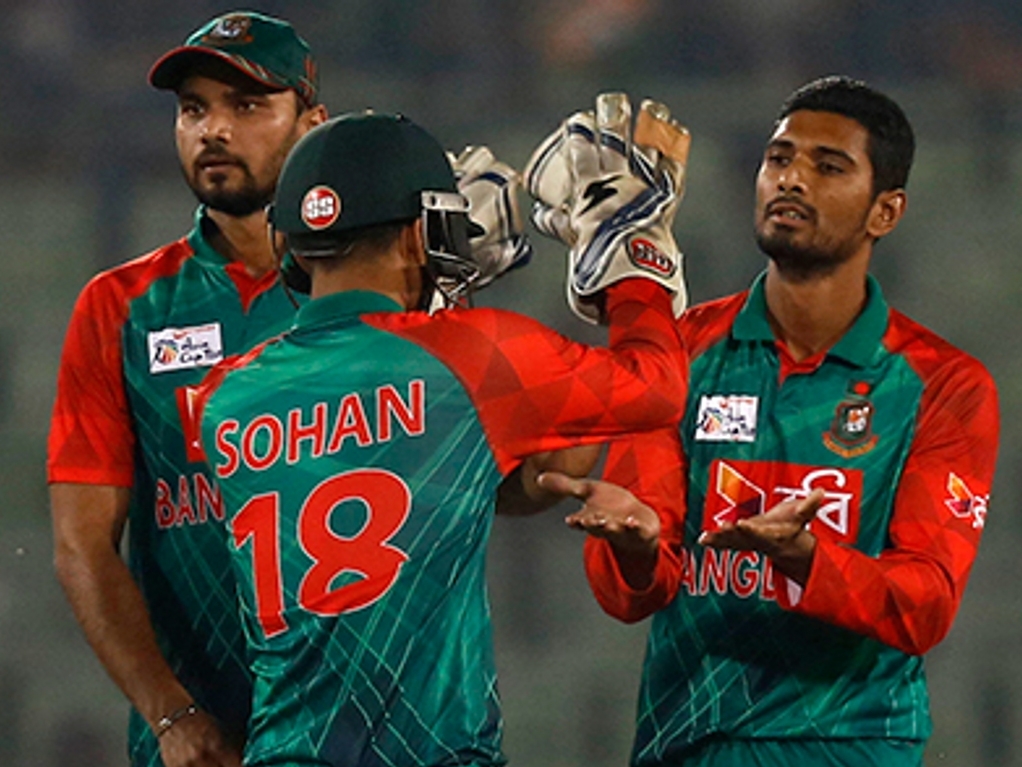 While Bangladesh did manage to beat the UAE by 51 runs in their Asia Cup match on Friday, it was hardly a vintage performance with the bat and skipper Mashrafe Mortaza thanked Mahmudullah for keeping a cool head.

Mahmudullah added 17 runs in the final over of their innings to set a target of 133, and he made 36 not out. A bigger side would have chased that down as it was, but the Tigers' bowlers did their part and removed the UAE for 82. Mahmudullah took two of those wickets as well.

Mashrafe said of his team-mate's vital contributions: "He is a very important player and always he knows his role very well.

"Sometimes when the team is under pressure, he goes to bat for us. When you can't play your best, then everybody talks about it. So his job is very difficult.

"Today was a similar situation and it feels good that he took the pressure and played the best possible innings for the team, and at the same time the bowling is going well for him.

"Hopefully he can continue in this way. Towards the end of our innings, we were targeting… we knew that there was one offspinner [with an over left] and we targeted to score 10-15 runs which would help us reach a score with which we could fight."

The skipper was sure to say that the win did not negate the side's poor batting, after they collapsed to 7 for 114 before Mahmudullah saved the day.

He added: "We have collapsed in similar situations in the past. We lost wickets after a good partnership and that creates pressure, no doubt.

"It is difficult for the new batsmen to come in. So we are trying, we have discussed about how we can stay at the wicket."

Bangladesh are level at the top of the five-team table with two points, but have played a game more than the other sides, having lost their first match.