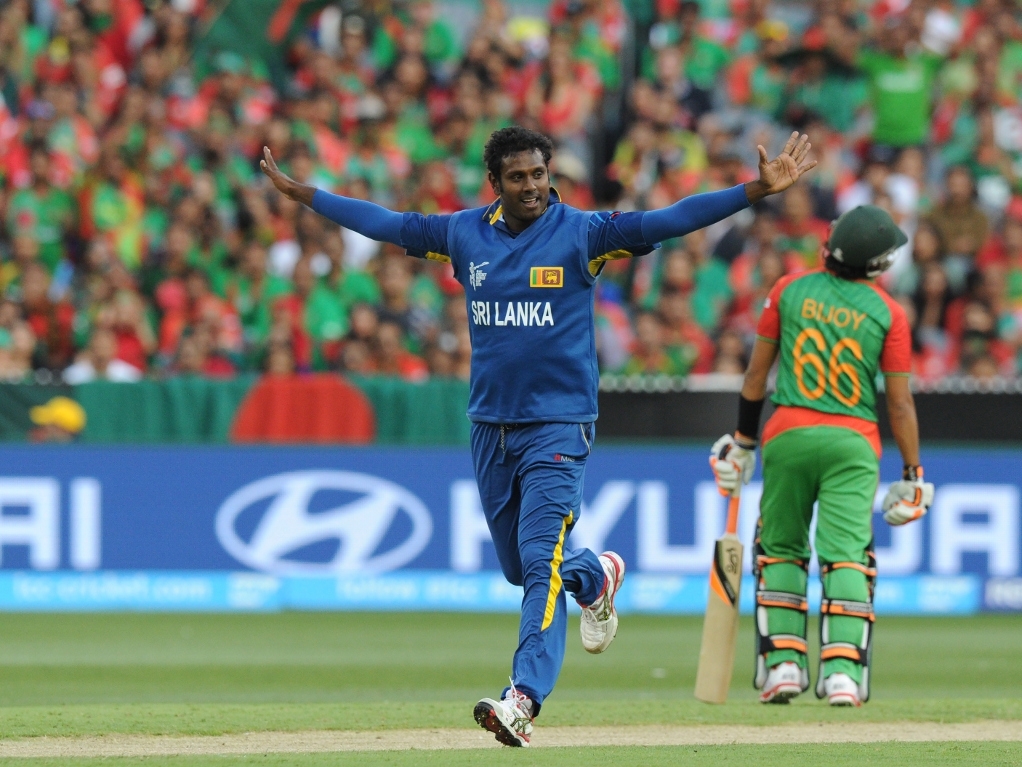 Sri Lanka captain Angelo Mathews was delighted with the manner in which his team beat Bangladesh in a World Cup Pool A match at the MCG on Thursday.

Batting first, Sri Lanka posted a commanding 332 for only one wicket down, with opener Tillakaratne Dilshan (161 not out) and Kumar Sangakkara (105 not out) both hitting majestic centuries.

Bangaldesh were then bowled out for 240 in 47 overs, with bowler Lasith Malinga returning to something near his best with figures of three for 35 from nine overs.

While the win was important as it came on the back of poor form, Mathews, looking ahead to their next game against England on Sunday, said it was important to peak at the right time of the tournament.

After the match Mathews said: "Of course, they [Dilshan and Sangakkara] were brilliant tonight to be honest. The start that they got, Thirimanne and Dilshan.

"Dilshan was amazing, they got off to a brilliant start and they took calculated risks and it was a brave effort by the three batters.

"It was kind of a clinical performance by the whole team. Well, I wouldn't say clinical because we were slightly sloppy on the field. We could have done better. Once you get that 300-plus mark, the bowlers have the freedom to go there and bowl freely.

"Of course it's important to peak at the right time and I think when it comes to the quarter-finals that's when it matters. We'll try and take one game at a time and try and win all the games.

"The boys are on a high and they played pretty well in the last two games and we are ready for the England game."