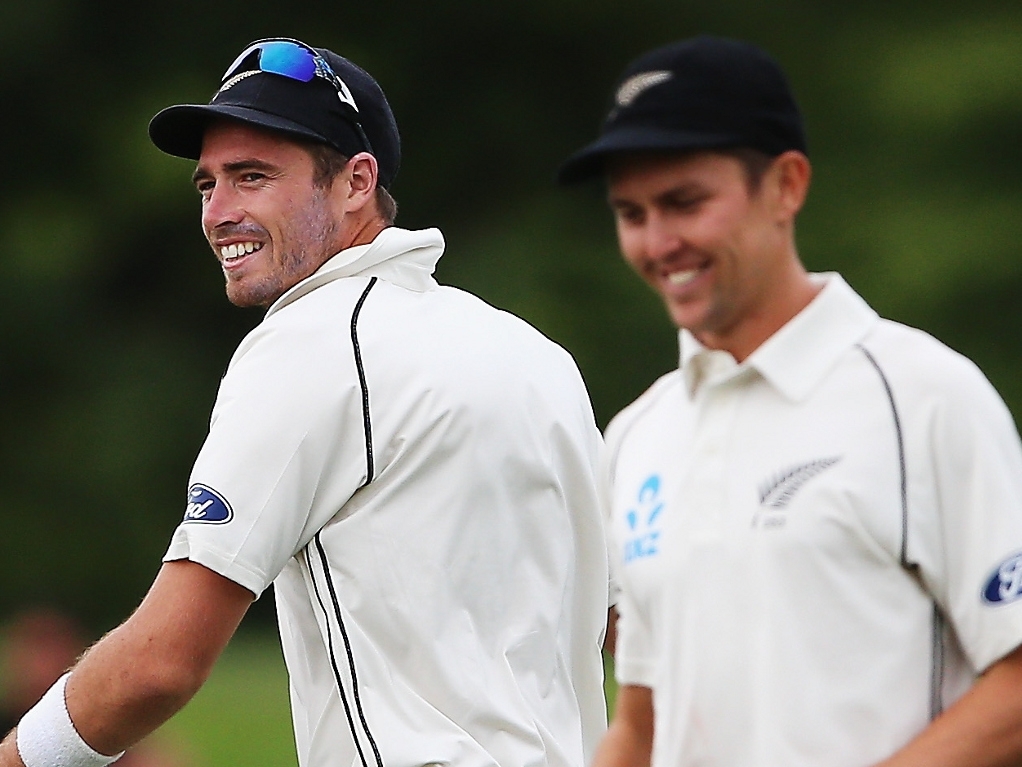 Boult and Southee were instrumental in the first Test in Christchurch, which the Black Caps won with a day to spare, and Mathews was wary of their swing and pace in home conditions ahead of the second game.

Mathews said: "The New Zealand attack is one of the best. Especially in New Zealand, when the ball is swinging and seaming, they are very hard to face. They've got guys who can unsettle you as well.

"Mark Craig is also a very good spinner, so they've got variety in their attack and Southee and Boult have been doing a great job for them in the last few years.

"They are definitely on par with Steyn and Morkel. They've been taking a lot of wickets with the new ball, and striking with the older ball as well, so they've got the skill."

He then explained how they had been preparing for the swing in training: "Just to counter the swing and try and get used to it, we've been using two-piece balls that swing more than the four-piece balls.

"It's just to make us feel better, because that's what we can expect tomorrow from Southee and Boult. We've got to counter them and try and push them back."

Mathews was upbeat about his side's prospects though, saying they had a habit of bouncing back after losing the first game in a series, just like they had done in the UK late last year.

He said:  "In the recent past, Sri Lanka has come back really hard after losing the first Test. It happened to us in England where we almost lost the first Test and we came back hard and won the second Test.

"We've got to approach it in a positive way – not put too much pressure on ourselves. That's the confidence and the self belief that the team has.

"We believe that we can come back and win in any conditions, at home or away. Whether we lose 2-0 or 1-0 it doesn't matter, we've got no choice but to go out and play aggressively."