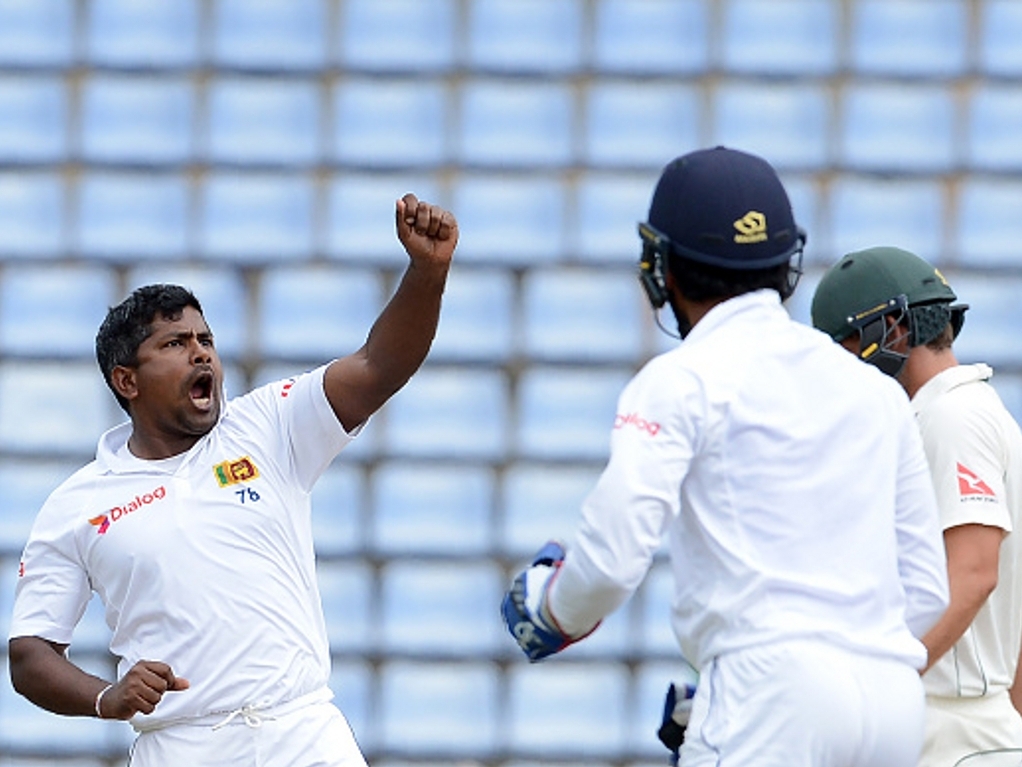 Sri Lanka captain, Angelo Mathews, has not held back his admiration for spinner Rangana Herath, who claimed 13 wickets while playing injured to help Sri Lanka secure a 3-0 whitewash of Australia at the Sinhalese Sport's Club in Colombo.

The leg spinner bowled 56.2 overs, despite being struck in the groin by a rising Josh Hazlewood delivery in Sri Lanka's first innings forcing him to retire hurt after making 33 runs.

The tweaker was seen to struggle with his movement throughout both Australia's innings, but played through the pain to record figures of 6 for 81 and 7 for 64 picking up his sixth career ten-for.

Speaking after play Mathews said: "He was fantastic. He was bowling off one leg,

"He couldn't run and he couldn't jump. He was just landing the ball on one leg and he is unbelievable.

"The batsmen are having a nightmare facing him no matter how well they play spin. Credit should go to this man. He has been a great team man as well."

Herath managed 28 wickets in the series taking his first career hat-trick in the contest at Galle and another five-for at Pallekelle.

The 38-year-old has already retired from T20Is and ODIs and may soon retire from Test cricket but indicated a desire to add to his 332 wickets.

Herath spoke as he received his man of the match award: "Experience counts a lot, every day we learn,

"I haven't decided anything on tests, we will go series by series. Hopefully I wish to play next series."