Home News Mathews: Mendis is going to be a big player

Mathews: Mendis is going to be a big player 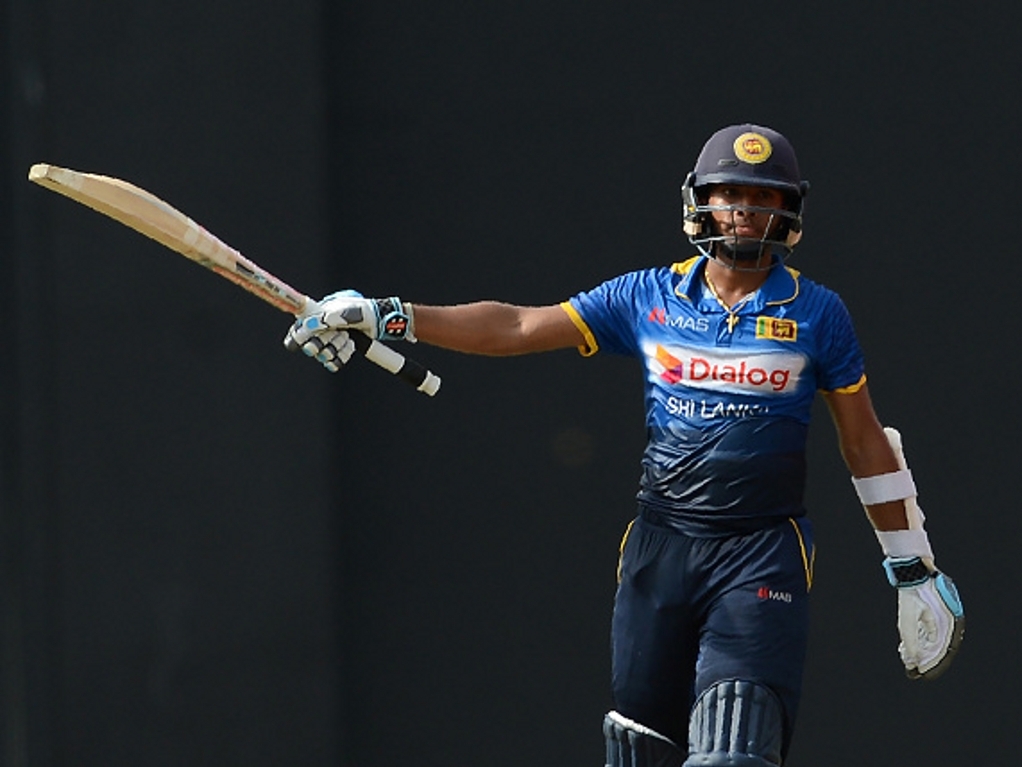 Big things are expected of 21-year-old Sri Lankan batsman, Kusal Mendis, who hit a second consecutive half century to help Sri Lanka post an imposing 288 all out against Australia in Colombo.

He found himself at the wicket with Sri Lanka 12 for 2, and Dinesh Chandimal joining him at the crease. The pair put on 125 to stabilize the innings, and give skipper Angelo Mathews and the other Kusal, of the Perera variety, a platform to launch from.

Mathews said of Mendis: "He's going to be a big player for us,

"He's going to be the future of our batting. If he keeps going like this he will do wonders for the Sri Lanka team and I wish him all the very best. It was a fantastic knock today."

Mendis' innings was his fifth fifty in just 9 ODIs, with his career barely nine months old, but as Sri Lanka rebuild their team he could prove to be a mainstay in years to come.

The young batsman took part-time spinner, Travis head, apart leaving him with figures of 0/41 from four overs and forcing his withdrawal from the attack.

"Especially after losing a couple of wickets in quick succession, the way he went out there and the way he batted was brilliant. Not too many people do that – you take a bit of time and settle in and take a look at the wicket. But he's just going out there and playing with a lot of freedom. He's just a different kind of player."

Another impressive youngster came in for some praise from the skipper, Amila Aponso impressed with figures of 4 for 18: "Not all the spinners bowled very well out there, apart from Amila Aponso – in the first game as well as this game,

"He's bowled in these two matches like he's played internationals for a long time. He's just landing it on the spot and keeping it pretty simple – just bowling it there and letting the ball do the rest. He's been turning a few and sliding a few. It's been extremely difficult for the batters."

Dinesh Chandimal fell just two runs short of a seventh consecutive fifty for Sri Lanka and has grown into the rock of the middle-order:"Chandimal's been tremendous for us in the Test series and also in England,

"He's matured. He's also playing with a lot of responsibility – as a senior. He's anchoring the innings and that's what we want from him. Him batting at No. 4, we want him to bat until the 46th over, so that guys like Kusal Mendis, Kusal Perera and Danushka Gunathilaka can go out there and play with a lot of freedom. In our batting line up myself and Chandimal have to take the responsibility to let the youngsters play with freedom."

With the young guns firing, the pressure is on veteran, Tillakaratne Dilshan, who has suffered two failures in the series, but Mathews expressed trust in the 39-year-old.

The captain remarked: "No matter how experienced you are, it doesn't mean you will play well all the time,

"You can get unlucky and get out. I got out cheaply in the last game as well. Though Dilshan failed in this match, others played well and won it. We trust that he will play well in the future."