Home News Mathews: Proud to have played with Sanga

Mathews: Proud to have played with Sanga 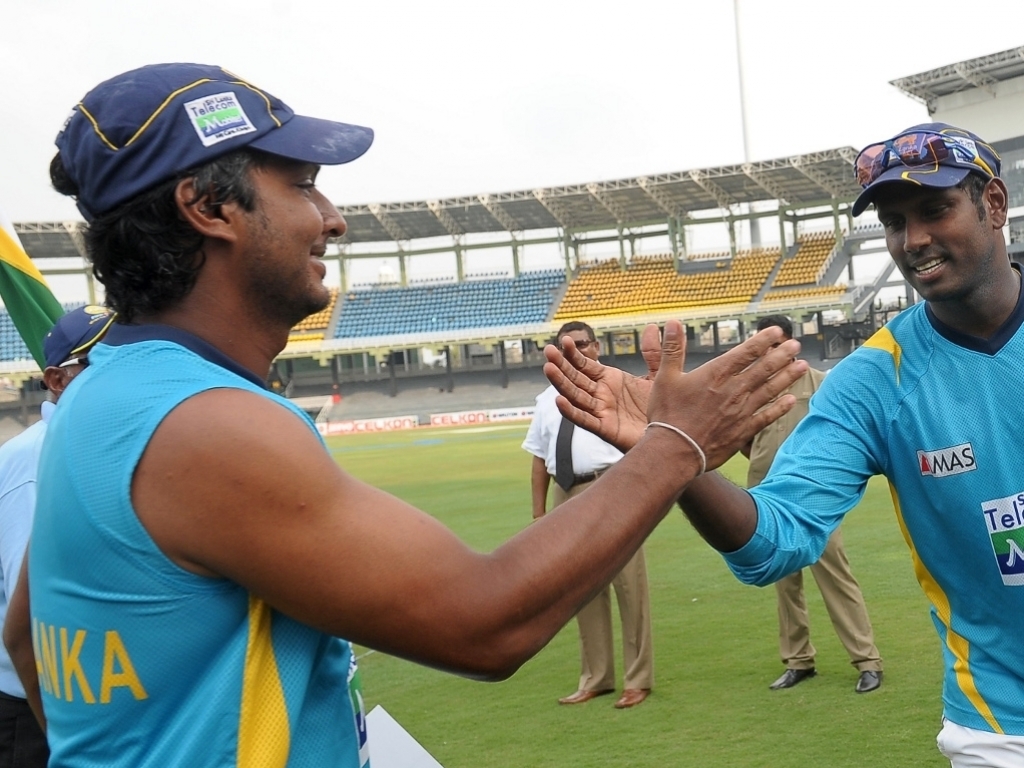 Ahead of Kumar Sangakkara's final Test, Sri Lanka captain Angelo Mathews has said that the 37 year-old will be missed for his leadership as a player and a person.

Sangakkara, who is modern-day great with more than 12000 runs in 133 Tests, will call time on his international career after the second Test against India starting at the P.Sara Oval in Colombo on Thursday.

With Sri Lanka already one-nil up after winning the first Test in Galle, Mathews said it would be a fitting tribute to Sangakkara if they could wrap up the three-match series in the next match.

Mathews said: "He means everything to all of us. As a person, as a leader and as a player he has been unbelievable to all of us.

"He has been nurturing the younger kids right throughout the system, he helps everyone on and off the field, and he is a real gentleman.

"He has been the backbone of Sri Lanka cricket, along with Mahela (Jayawardene) for so many years and I've been truly proud to play with him and to share a dressing room.

"The best thing we could do is win the series for him."

Sangakkara has opted not to play in the third Test of the series as he came to an agreement with the selectors that he would only play two matches against India before retiring.