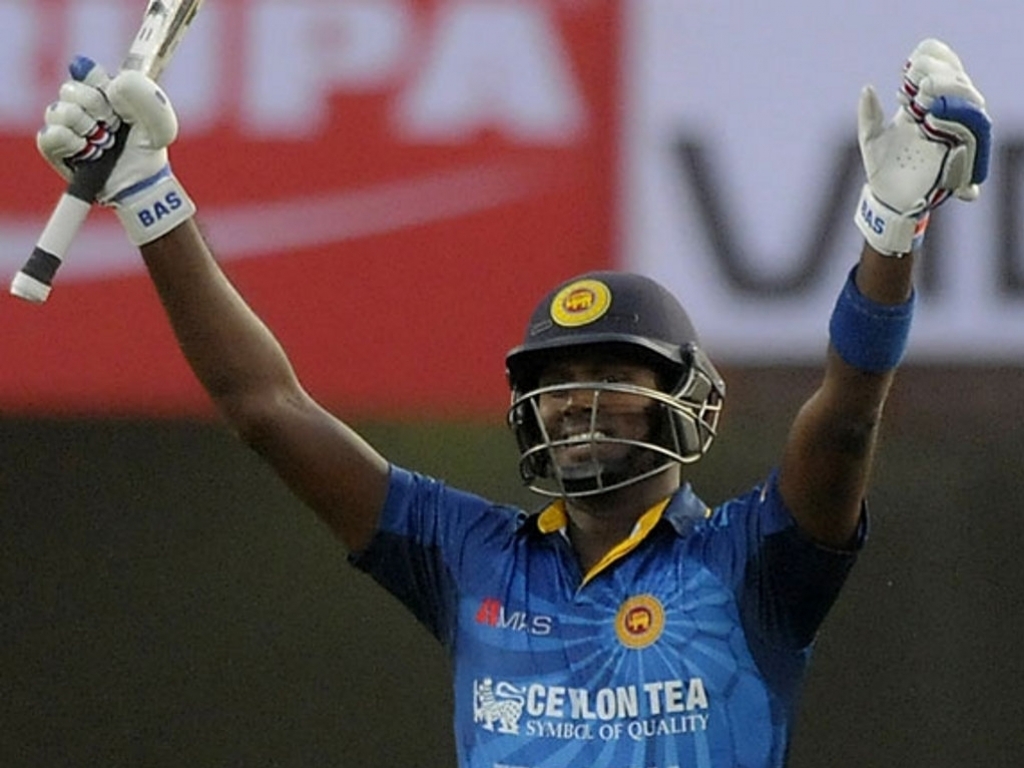 Sri Lanka skipper Angelo Mathews is defiant in the face of his side's ODI series whitewash against India, saying they may have lost five games but their World Cup preparations are still perfectly on track.

Sri Lanka were roped into the series after the West Indies abandoned their India tour, but even their lack of preparation didn't allow anyone to predict the drubbing they were given, especially the bowlers.

But Mathews, who scored a century, his first in the format, in the fifth game, said they'd improved over the series, and would be good to go against England in the coming weeks.

Mathews said of the whitewash: "I don't think the series will have a negative impact. We have figured out who our players are going to be.

"We just have to flush the defeats out of the system and take the England series on, and move on."

He added of the fifth game, which India won by three wickets: "I thought it was a competitive game, we have improved from the last four games. It was a tough wicket to bat on, it was not coming through.

"But the batters had to dig deep, stay at the crease, get some partnerships and get a good score for the bowlers to bowl at. I thought we did that, but unfortunately the bowlers were a bit too wayward. "

Aside from Mathews, Lahiru Thirimanne was a bright light too, scoring 52 in the last game, and the skipper was pleased to have some support. He did say that batsmen needed to push on towards big scores.

He said: "I'm extremely pleased with the way Thirimanne batted because we wanted someone who is solid at No. 6, and I thought he did his job in the last two games.

"All the batsmen got starts but I think we can still improve in all the departments."