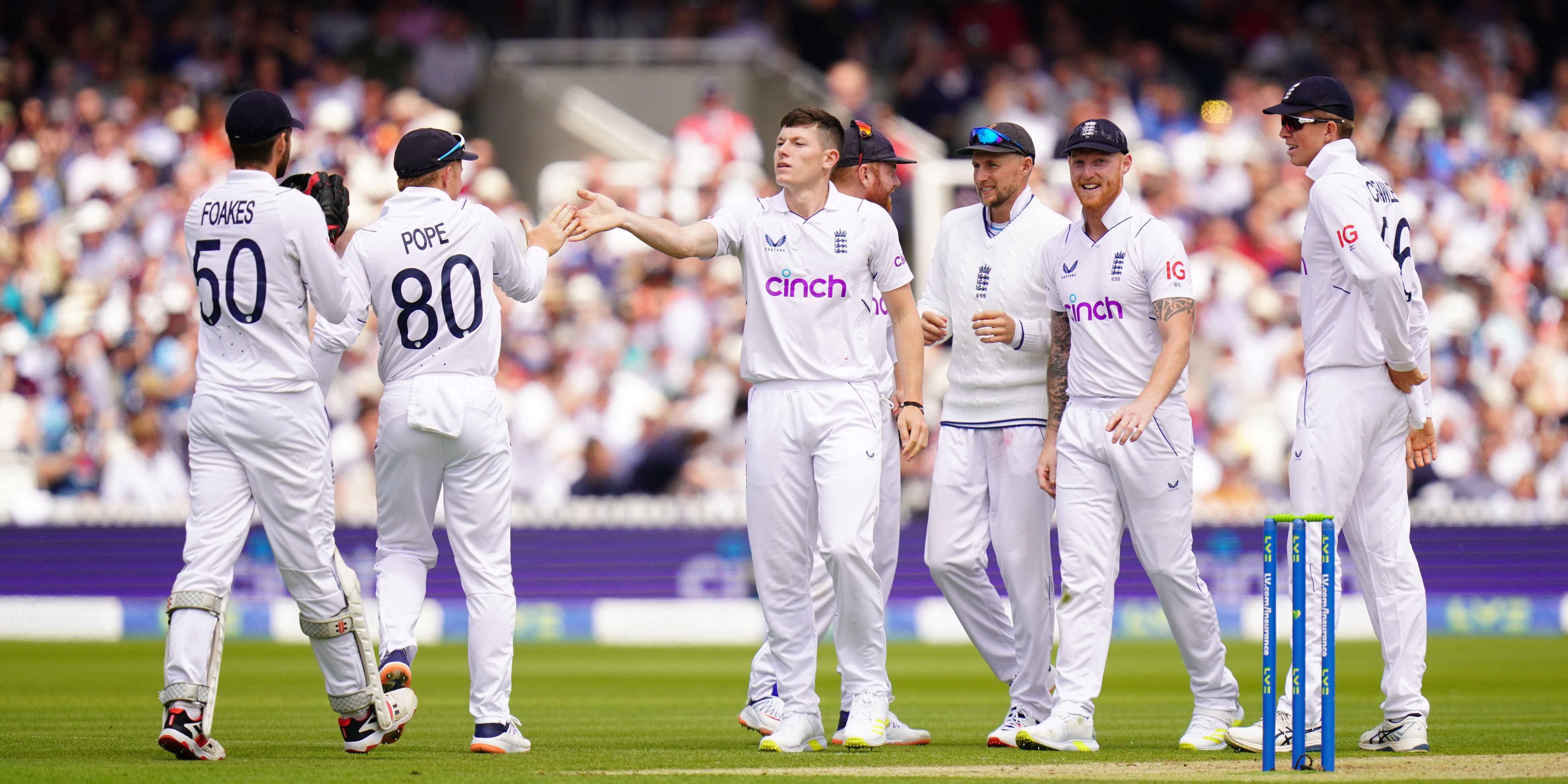 Matthew Potts continued his stirring debut as England continued to scrap for control of a low-scoring first LV= Insurance Test against New Zealand.

After 17 wickets fell on day one at Lord’s, the game continued to advance at speed as another seven went before Friday’s tea break.

Potts took the crucial scalp of Kiwi captain Kane Williamson for the second time in as many innings and added Tom Latham to take his match tally to six, before a handy partnership between Daryl Mitchell (43no) and Tom Blundell (39no) bolstered the tourists’ cause.

Their unbroken stand of 72 was the biggest of the game so far, taking New Zealand to 128 for four and a lead of 119.

England had earlier climbed from 116 for seven overnight to 141 all out, moving a slender nine runs ahead.

With such a slim advantage there was little margin for error when England took to the field, and James Anderson once again set a superb tone. He found Will Young’s outside edge with the first ball of his second over, with Ben Foakes gathering a low catch to complete a forgettable outing for the opener.

Williamson has been light on runs in recent times, across all formats, and once again struggled to impose himself. He saw one nick off Anderson die in front of second slip and was navigating his way towards the lunch break when Potts entered the fray from the Nursery End.

The 23-year-old was outstanding in the first innings, returning figures of four for 13, including Williamson with his fifth ball on the big stage. Once again he hit the jackpot early in his spell, tucking the right-hander up around off stump and persuading one to hold its line as he punched off the back foot.

The shot skimmed through to Jonny Bairstow at waist height and Potts’ charmed start in England whites continued. He has barely put a foot wrong so far and got further rewards when he got the best of Latham.

This time he located the perfect channel from round the wicket and took the slimmest of edges on the way through to Foakes. Contact was so minimal that Latham called for DRS, but a little spike on UltraEdge was enough to seal his fate.

The afternoon session finally saw the game revert to something approaching a regular Test match rhythm, as New Zealand settled to score 90 for the loss of just one wicket. Devon Conway was the man to go, poking Stuart Broad into Foakes’ gloves, leaving Mitchell and Blundell to build stronger foundations.

The pair played solidly against England’s frontline seamers, scored quickly off a four-over spell from Ben Stokes and held their nerve as debutant leg-spinner Matt Parkinson worked through his first six overs.

He was appearing as the country’s first ever concussion substitute, replacing Jack Leach, and started soundly before tossing up a couple of loose deliveries. His initial spell came at a cost of 21, with some gentle bite off the pitch but nothing dramatic.

England had earlier put on 25 for their final three wickets to edge ahead in the game, Tim Southee proving far too good for Broad and Foakes before Trent Boult wrapped things up by dismissing Parkinson for eight.