Home News Matthews: Our spinners let us down

Matthews: Our spinners let us down 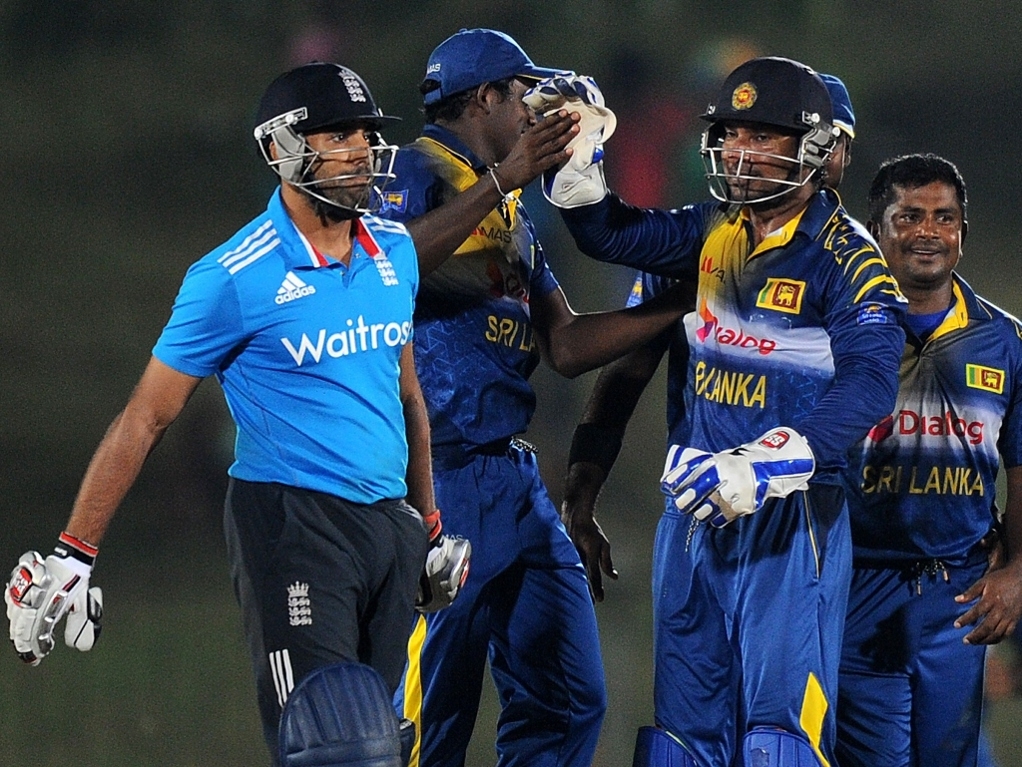 Sri Lanka captain Angelo Matthews has bemoaned the ineffectiveness of his spinners as his side suffered a five wicket defeat to England to leave the series evenly poised at three games to two with two games remaining.

Matthews thought their score of 240 was more than handy on a pitch that was taking turn. Spin is usually a strength of the Sri Lankan team, and a weakness for the English, so it came as an even bigger surprise when the English chased down the score with five balls to spare.

The only spinner to come away with any credit was the returning Sachithra Senanayake, who was making a comeback from a suspension for a suspect action. Senanayake finished with figures of two for 35 from his 10 overs.

Matthews said: "It was a strange wicket. It was turning square, but we couldn't take wickets and no one really bowled well apart from Sachithra.

"We actually thought 240 would be a challenging score on that wicket, because it only got worse. We started to bowl well after the 40th over, and by that time it was too late for us."

The captain especially had strong praise for Senanayake, who had to modify his action and was only cleared to bowl by the ICC two days ago.

He said: "Sachi was spot on his comeback, though the other spinners didn't do much. As usual we bank on him, and he delivered once again.

"He was playing a bit of domestic cricket before his comeback, but under pressure, playing against a strong batting line up, he was the man for us today. I hope that he'll continue to do the same thing in the future."

Left-arm spinner Rangana Herath was sorely missed today, as Sri Lanka could not control the middle overs as they usually do. Matthews has urged the replacement players, like Ajantha Mendis, to take their opportunities.

He explained: "We played Ajantha Mendis on this wicket because it's a spin-friendly pitch, and also Rangana was injured. If a player is in contention for a World Cup spot, we try to give them opportunities.

"Rather than drop them after a game or two, we try to give them a run of three or four games to figure out if they will be suitable for the World Cup, and he's in our plans."