Maxwell not a fan of his own superb catch 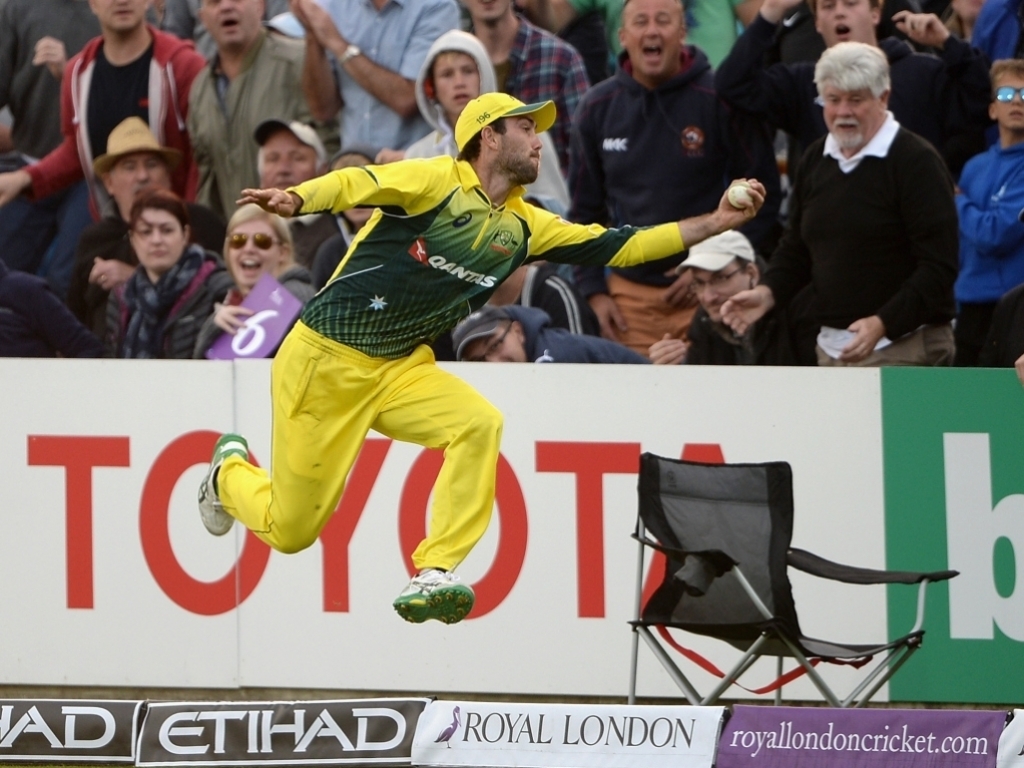 Australia all-rounder Glenn Maxwell took two stunning catches in the fourth ODI against England at Headingley, but was actually not happy about his second catch, which was taken athletically on the boundary.

Maxwell removed Liam Plunkett when he parried the ball back into the air, when he saw he was going over the rope, and then took the rebound while jumping back over the boundary line. Both of his feet were in the air when he took it.

This was only possible thanks to a 2013 law change that said a player could take the catch without his feet being grounded inside the line. Maxwell, who had complained about the change before, wasn't thrilled to have taken the catch this new way.

Maxwell, who was on the losing side as England levelled the series, said of the new law: "I don't think it makes a whole lot of sense. I think you should have to get back into the boundary.

"I think if you look at the basketball rule. You have to jump from inside to throw it back in, you can't jump up in the air and catch it on the way back in.

"You've got to make sure your feet have landed inside the court and I think it should be the same in cricket.

"But while we're taking catches on our side it doesn't really bother me, but I know if I was a batsman I'd be pretty upset if that was the dismissal.

"You've just go to play the rules you're given."

He added of his thoughts during the catch, and said he thought the new rule made it a lot easier to take those catches: "Obviously I didn't really want to have to do it.

"But I lost a bit of balance on the boundary line so I thought I had to throw it up, and obviously with the law being like it is, jump from over the rope and back in and catch it in mid-air.

"I think it makes it easier (the law change) as an outfielder but also you've got to be aware of the rope as well but it made the catch a lot easier to complete, to be able to jump from back over (the boundary) and catch it in the air."

The fifth and deciding ODI will be played at Old Trafford on Sunday.