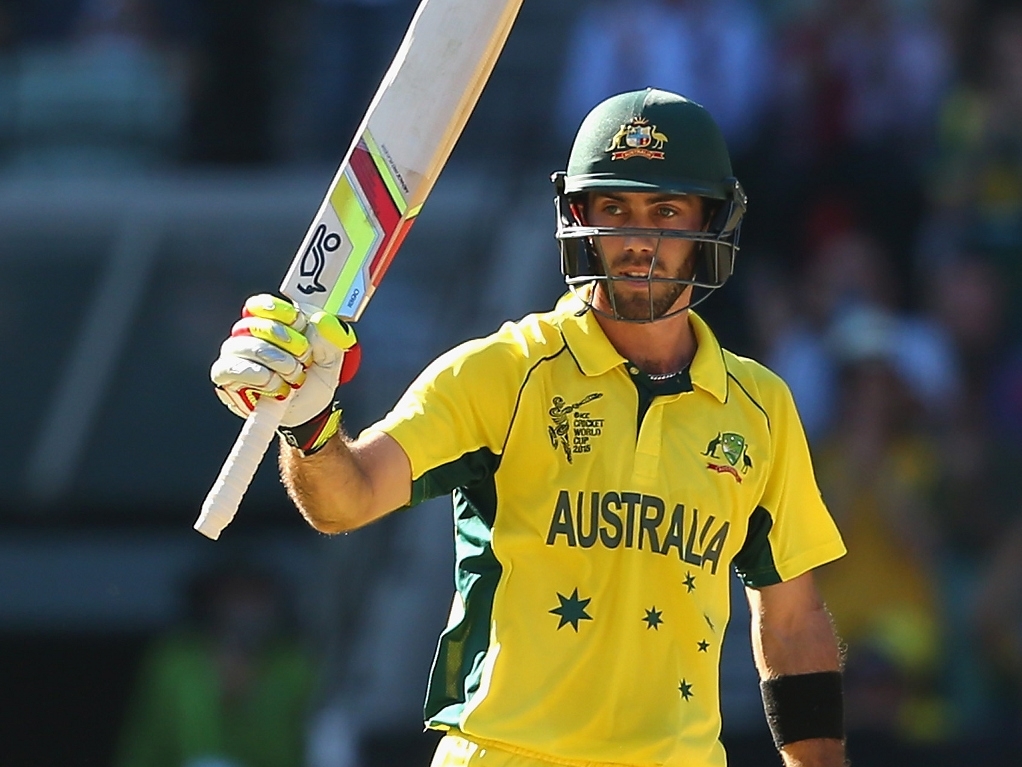 Australia all-rounder Glenn Maxwell is enjoying his return to form after a rough couple of months ahead of the World Cup, saying he is hitting the ball as well as he ever has and is keen to keep contributing to the side.

Maxwell copped a lot of flak after going out in a strange way in one Big Bash League game, leaving the ball to hit the stumps, and before that he couldn't buy a run, but in the first World Cup match, against England, he made 66 off 40 balls.

Maxwell, batting in the middle order, said on CA's website: "It's about understanding my role now and having that confidence to catch up (on the strike-rate) later on.

"That confidence wasn't there a couple of months ago. Now it seems to be right back where it should be for international standards. I'm feeling really good about the game and hopefully I can keep doing the job.

"It's probably the best I've hit the ball. I'm batting a lot smarter at the moment. Hopefully the brain keeps ticking along and I can keep doing that job."

Meanwhile, former skipper Allan Border was full of praise for Maxwell and his ability to win games on his own: "I like what he brings to the table: the power game, he backs his ability and just goes for his shots.

"He's a very talented kid. That's why it's frustrating sometimes because you know what talent he's got, you just want him to give himself a bit more time to show it.

"That's what you get sometimes with those types of players, you've got to take the good with the bad.

"I wouldn't be putting a harness on him too much. He'll learn as he plays more cricket, what he can and can't do in different situations."