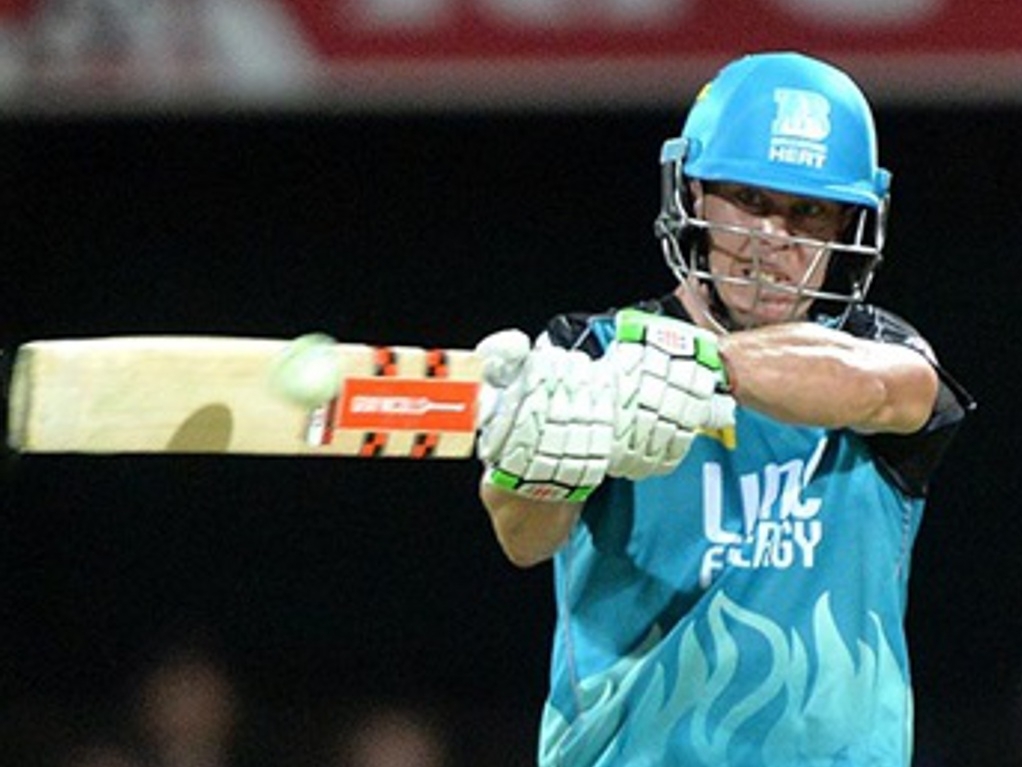 Lynn has been in blistering form for the Heat, with a century and two half tons in three Big Bash games, and his omission from the ODI squad to face India came as a surprise to many.

Head, meanwhile, has also smacked a BBL ton this season, and Maxwell feels these two players would add value to the T20 side as they look towards the World Twenty20 in India in March.

Maxwell said on the CA website: "Chris Lynn and Travis Head are two standouts, with the way they've been striking the ball the last few games.

"I think Lynn (should be in) because of the way he's been hitting the ball for six.

"I think Head has been targeting a really short boundary at Adelaide Oval and getting away with it, I don't think the bowling to him as been as good to him as it has been to Lynn.

"But Lynn has been hitting 110m sixes at the Gabba over the longest boundary and I found that extremely impressive."

Added to this, Melbourne Stars batsman Kevin Pietersen was full of praise for team-mates Scott Boland and John Hastings, saying their bowling against Hobart was out of the top drawer.

KP said on Network 10: "I'm going to go so far as to say that is the best death bowling by two bowlers I've seen throughout my whole career.

"They did not miss a single yorker. I've just been chatting to Darren Sammy and he said that's the best yorker bowling he's faced in his career.

"You don't often get two bowlers nailing 24 yorkers in a row and not giving a batsman one ball to hit."