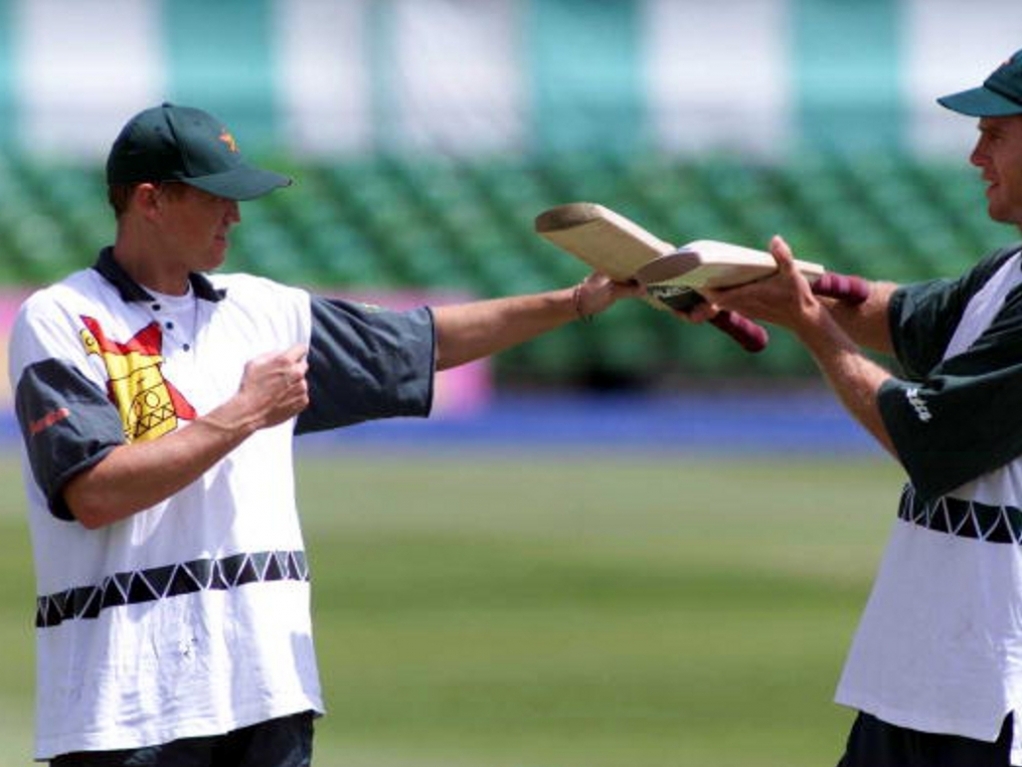 The MCC World Cricket Committee has joined the chorus of voices calling for further restrictions on bat sizes, within the laws of the game.

The committee has suggested that the thickness and depth of bats be limited and added that further discussion was necessary about the weight of bats.

Committee member, Ricky Ponting, whose graphite backed Kookaburra Kahuna bat was deemed to give an unfair advantage during his playing days, had vowed to bring the matter up ahead of a scheduled meeting earlier this month.

The group itself is not a policy making body and their recommendations are not binding to the ICC or the MCC's main committee in any way, but the committee is well respected and previously included David Richardson, the ICC chief executive.

Mike Brearley, chairman of the committee, said: "The time has come to restrict the size of bat edges and the overall width [depth] of bats,

Former Australian international Rod Marsh added: "The one thing we don't want to see is batsmen unable to hit fours and sixes,

"That's so far from what will happen. We just don't want to see the bat sizes get bigger. But when you see a guy try to hit the ball through midwicket and it flies for six over cover, you know something is wrong."

The committee released a statement that read: "The overwhelming (but not unanimous) view of the committee was that it has become too easy for batsmen to clear the boundary in all forms of cricket, even with mis-timed shots,

"Furthermore, it was felt that there is a clear safety concern for close fielders, bowlers and umpires, whilst the recreational game is also suffering, as balls are flying into nearby residential properties with increasing frequency, thus threatening the existence of some smaller cricket clubs.

"The committee agrees with ICC's cricket committee that, beyond the limits that have long been in place regarding the width and length of a cricket bat, further limitations to the edge, depth and possibly to the weight should now be introduced.

"One proposal would be for the maximum thickness of the edge to be between 35mm and 40mm, and the overall depth of the bat to be between 60mm and 65mm (some bats in current use have edges of 55mm and can be up to 80mm deep)."