Home News McGrath believes Hazlewood has got it all

McGrath believes Hazlewood has got it all 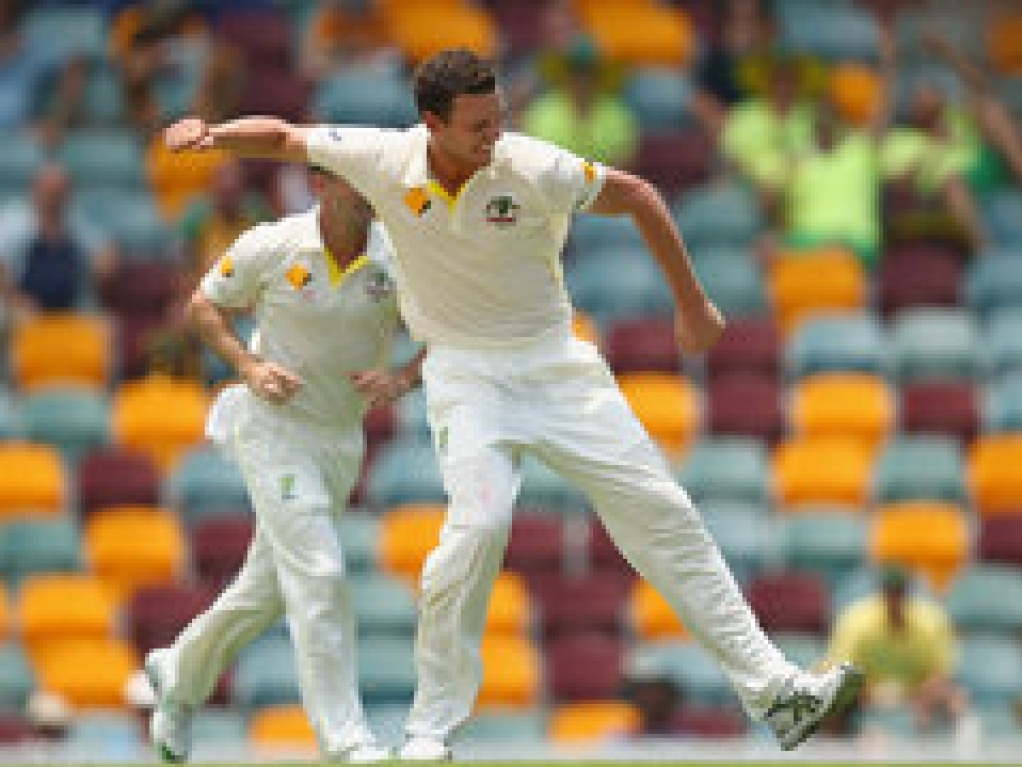 Australia great Glen McGrath believes fast bowler Josh Hazlewood has what it takes to carve out a long and fruitful international career and take more than probably get more than 200 Test wickets.

Hazlewood captured five wickets on debut against India on the second day of the second Test of the series in Brisbane and McGrath, perhaps Australia's best-ever pace bowler, is already a big supporter of the 23 year-old.

McGrath said: "If he continues working hard off the field, improving his game, getting fitter and stronger all the time and never being happy with where he is, he'll get 200 easy.

"He bowls good areas, bowls a heavy ball, gets bounce on any tracks. He's going to be good."

Seen as one of the latest of the next generation of fast bowlers coming through the ranks in Australian cricket, Hazlewood, along with Pat Cummins and James Pattinson, who made there debuts already, could play for many years to come, if it was up to McGrath.

McGrath, who took more than 500 wickets in his Test career, said: "He's going to be quality. He's got good control. He may not be quite as quick as Cummins or Pattinson or as in your face aggressive as Patto is, but he'll put pressure on you the whole time.

"He won't give you easy runs. He's prepared to work hard. It'll be hard work scoring runs off him but he's going to take wickets.

"He bowled well yesterday, and bowled exceptionally well today. To see him take five-for, I'm really happy and really proud with the way he went about it."