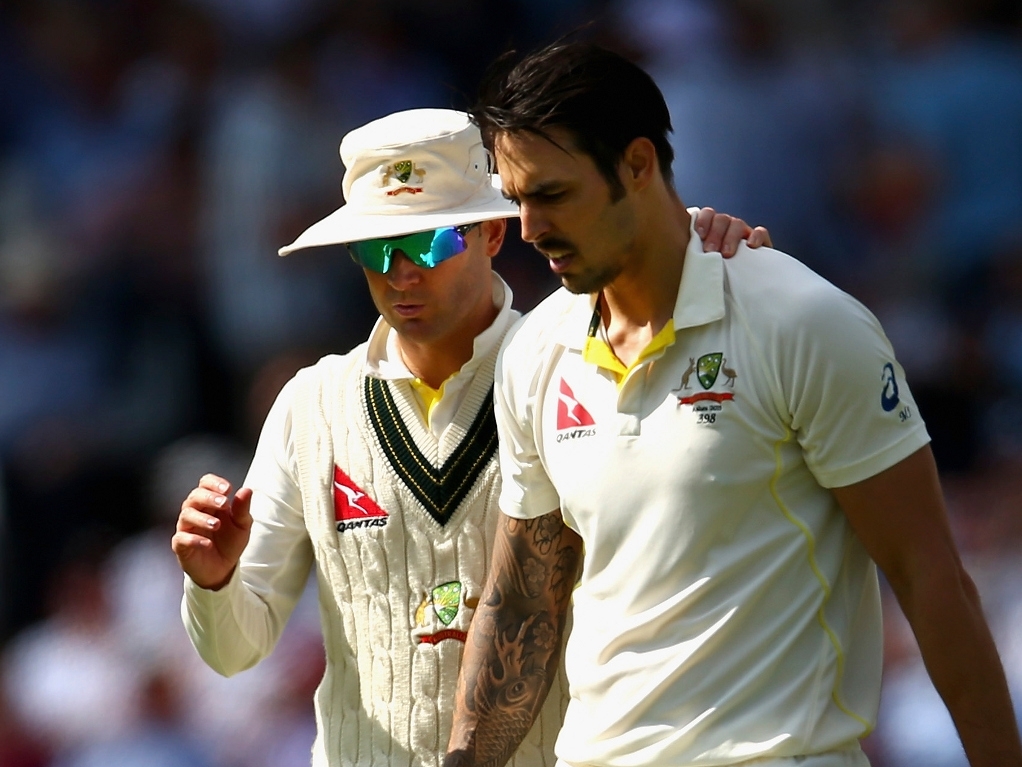 Australia fast bowling legend Glenn McGrath was left baffled by his countrymen on day one of the fourth Ashes Test, not just because of their poor batting, but also because of how they bowled to England for most of the day.

With Australia all out for 60, Stuart Broad bagging eight, McGrath imagined the Oz bowlers would do the same: pitch it back of a length and get movement off the pitch, of which there was a lot. But they didn't, and got swing in the air that the batsmen could negate instead.

McGrath said on the CA website: "You look at the way Stuart Broad bowled, hitting the wicket top of off, just outside. I don't think too many of our boys are doing that.

"They're getting it up and swinging, they're probably pitching it up a little too much on a wicket that’s offering a little bit of sideways movement. That sort of negates that.

"Mitchell Johnson swings the ball, so does Mitchell Starc. I thought Josh Hazlewood might have hit the deck a bit more but he’s getting the ball up and swinging it as well, which is a little bit curious.

"Unfortunately they haven't adapted to the conditions, a bit like batsmen."

Another Australia legend, Shane Warne, was baffled for a different reason: The lack of Peter Siddle. He was their best bowler the last time they played here, and Warne probably wondered if he'd have been able to get Joe Root out before he'd made a century.

Warne said of Siddle on Sky: "If Peter Siddle wasn't going to play in these conditions, I don't know why he’s on the tour for.

"He was going to be the guy to bowl overs. Hazlewood is nowhere near consistent enough to bowl 20-25 overs a day and dry up an end. He just hasn't been getting it right and it’s putting so much pressure on Mitchell Johnson."