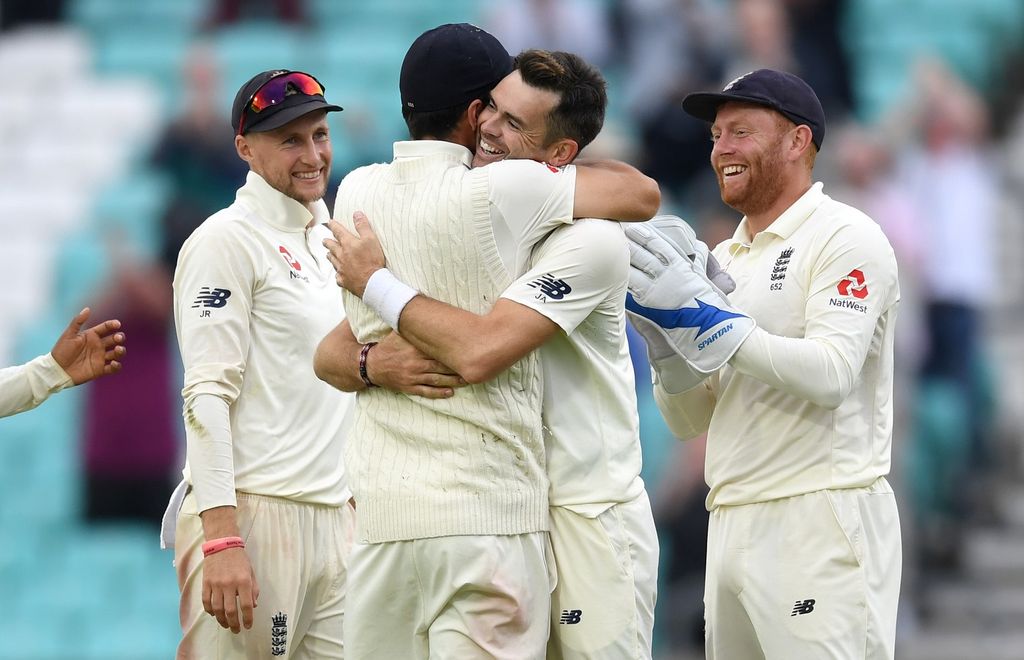 Anderson passed McGrath’s tally of 563 to become Test cricket’s leading wicket-taker, among seamers, during the recent series against India.

“If he can raise the bar to 600 wickets, that’s an incredible effort,” McGrath told BBC Radio 5.

“I was proud to hold it for as long as I did – for it to be beaten by somebody like Anderson is great.

“I have a lot of respect for Jimmy. He’s been an incredible bowler for a long time. To have played well over 140 Tests and just keep running in, day in, day out, and remain at the top of his game, yeah, I’m very proud Jimmy’s got there.

“You always wonder whether anyone’s going to get there,” said McGrath. “There was probably two guys I thought about – one was Jimmy and the other was South Africa’s Dale Steyn.

“Being a fast bowler is the toughest part of the game and injuries do play a part. To think that Jimmy’s played for so long and continued at the top of his game shows his work ethic, his physical and mental strength and everything else that goes into it.

“When it comes to the art of swing bowling, there is no-one better. I think of somebody like Wasim Akram, who is one of the greats of all time, and he could just do anything with a ball.

“Jimmy is different. He’s taller and right-handed, but the way he swings a ball – both ways at will – is what sets him apart. It’s definitely an art form and when the conditions suit – like they often do at Lord’s when it’s overcast and the ball is swinging – no-one comes close to him.

“Most guys hit the deck, get the ball in the right area and hope for a little bit of swing. We don’t see people with the skills of Anderson too often.”

England’s next Test assignment is against Sri Lanka later this year. Anderson and fellow seamer Stuart Broad might be rested for the tour.