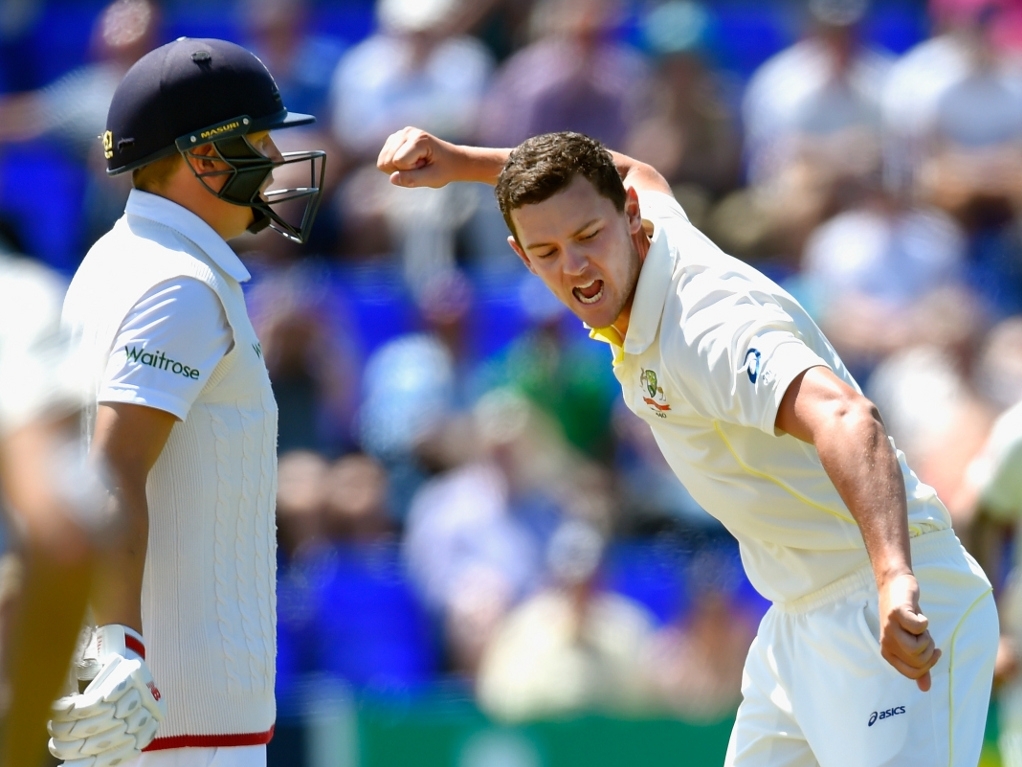 With England losing the second Ashes Test at Lord's by a whopping 405 runs on Sunday, and with a day to spare, the press in the UK, both online and print, were predictably savage.

There were some very unhappy former players!

Geoff Boycott, never shy to air his rage, said in the Telegraph: "If you ask for slow pitches to tame the Aussie fast bowlers, then you are immediately betraying your own insecurities about facing them. It is contradictory, and belies all England’s talk about playing positive, attacking cricket. England signalled their fear of Australia’s pace attack."

Jonathan Liew, also in the Telegraph, pondered England's lack of batting depth: " Jonny Bairstow is probably next in line, but he does not solve England’s principal weakness: the perpetual subsidence of the top three against the new ball. Alex Hales has a lot more advocates than he has runs in recent weeks. Eoin Morgan averages 10 in first-class cricket in 2015.

"So it is probably worth admitting at this point that the English batsman who could get thrown into the middle of an Ashes series and thrive immediately almost certainly does not exist at present. This should not surprise us."

Cricinfo's George Dobell said any one of England's top order could be dropped and not have room to complain: "While Joe Root's excellence has masked the problem quite often, it cannot do so indefinitely. Bell, Ballance and Adam Lyth all face an anxious wait ahead of the announcement of the squad for the third Investec Test on Tuesday. None can have much cause for complaint if they are dropped."

Former England skipper Nasser Hussain echoed Dobell's sentiments in the Daily Mail: "The biggest worry for me is that there is such a repetitive nature to England’s dismissals and nothing gets me more angry than seeing batsmen getting out the same way time and again and not learning from their mistakes.

"England cannot keep on being 30 for three, or worse, and hope to win Tests against Australia. They may have done it at Cardiff but that was only because Joe Root was dropped second ball. He cannot keep on rescuing them."

The Guardian's Vic Marks feared for Gary Ballance's future in the side: "Statistically Ballance has done an excellent job. Even with his difficulties this summer against Australia and New Zealand he averages 47 in Test cricket. But currently the eyes tell a different story from the figures.

"He has been exposed to some of the world’s finest new-ball bowlers, Trent Boult, Mitchell Starc, Mitchell Johnson and Josh Hazlewood and, despite his 61 at Cardiff, he has never inspired confidence and he has never suggested anything other than a grim determination to survive. There has been no hint of fluency; the bowlers have retained the initiative. He has not been able to dictate."

Former England all-rounder Ian Botham continued the above theme in the Daily Mirror: "The issue England must address is their top order. They cannot keep losing their first three or four wickets so cheaply, and perhaps it is time to make a change. They might need to just have a reshuffle, with Joe Root moving up to three, but whatever they do, it needs to happen quick because you won't win a series when you're three down for not-many in every innings."

Simon Hughes in The Times lamented: "Lots of questions. Very few answers. That is the predicament that England are in. Three of England’s top four look like sitting targets. Adam Lyth is tense and jumpy, Gary Ballance camped on the back foot and reduced to a series of nervy pokes and Ian Bell – averaging 10.63 in six Tests since Antigua – bereft of confidence. The result is that England are perpetually 30 for three and constantly playing catch-up. Jos Buttler’s batting looks fragile too."

Ian Herbert in the Independent addressed the other main issue. The pitch: "The wise people say the pitch was not a means of neutering the 90mph Mitchell Johnson express. It was about rain for two days before the second Ashes Test, they say. But the motives don't matter. Engineering some bounce, movement and a balance between bat and ball is not too much to ask and the scandal resides in the way England – the team who are 10mph shorter on top pace and require that lateral movement – were punctured at the moment of optimum potential in this Ashes summer. "