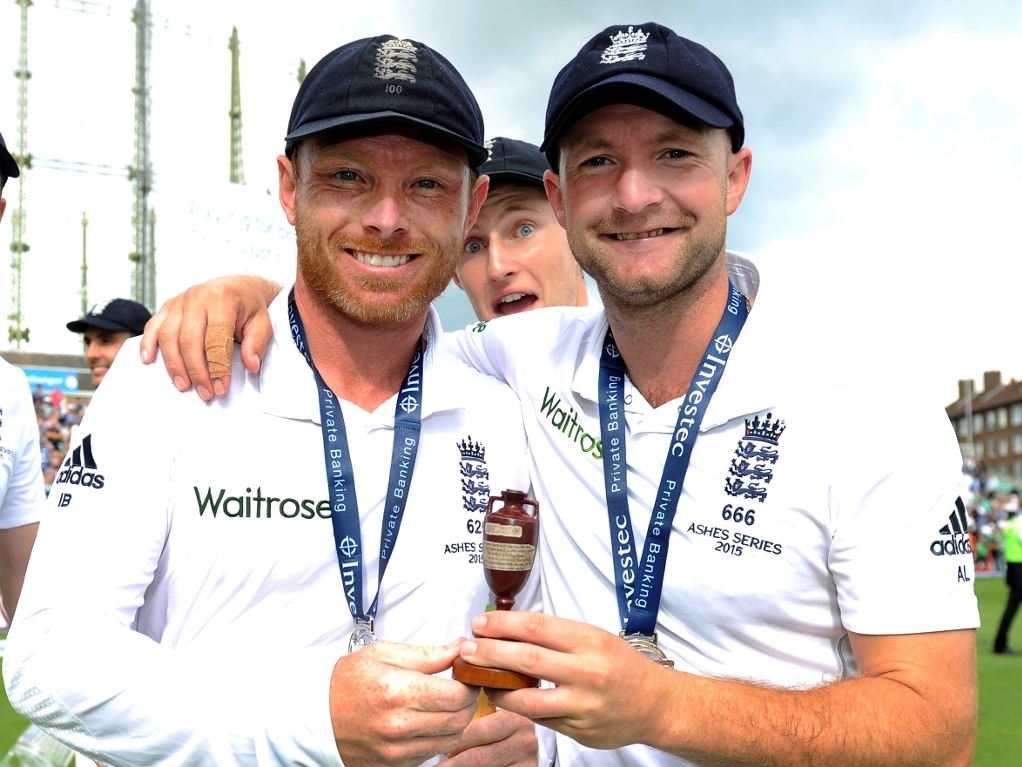 With England having won the Ashes series, despite losing the final Test, pundits and former players cast their eye over the series, and the main issue for everyone was England's opening batsman dilemma.

With Adam Lyth failing in all five Tests, a top score of  37 in 10 knocks and an average of 12.77, the pundits were mainly focused on that, as well as the rest of the fragile, even in victory, batting order.

Cricinfo's George Dobell warned that England were far from 'the finished article' given how poor they were for a big chunk of the series: "Questions of quality or concerns about the future won't bother them. England won the Ashes: the rest is an unnecessary detail.

Jarrod Kimber, also on Cricinfo, looked to the positives of Alastair Cook's reformation: "There was a time when Cook's captaincy was essentially batting and walking out on the field. It was dour, harder to watch than even his scratchiest innings.

"But as his team changed, he stopped being Andrew Strauss Lite, started to grow into the job. He had "funky" third slips in helmets, he attacked more and he changed when he had too. Alastair Cook is a man who works hard on his craft."

The BBC's Jonathan Agnew was more practical in his analysis, opining that Lyth needed to be removed and Moeen Ali moved up the order: "Lyth is a very good cricketer, a sharp slip catcher who is popular in the dressing-room, but at the end of the day an opening batsman is judged on runs.

"In fact, even if he had succeeded on Saturday, Lyth may still have lost his place, given England's need to introduce at least one more spinner into their team for the series against Pakistan. The obvious move would be to shift Moeen Ali up to open and make room for a spinner down the order.

"This may turn out to be a short-term measure given a different approach will be needed against South Africa's pace attack later in the winter, but that series should not enter into the selectors' minds."

Vic Marks in the Guardian also looked at Moeen opening in the UAE: "Moeen has never opened the batting in first-class cricket so his elevation would be a bit of a punt. He has opened often enough against a white ball and he is very likely to continue in that role in the one-day matches against Australia, which start next week. And he has always batted at three for Worcestershire. So there are some grounds for thinking such a gamble might work."

Former England captain Nasser Hussain in the Daily Mail praised Cook, but was also worried about the other opening slot: "England are still a little one-dimensional. The attack is brilliant when there is swing and seam. But when the pitch is flatter they look unsure how to get 20 wickets.

"They must work out how to get a frontline spinner in, and they need an opening batsman to partner Cook. Alex Hales has potential and could prove a great foil for Cook, who showed on Saturday that there is still room for a proper, old-fashioned Test player. Let’s not get carried away with playing an ‘attacking brand’ of cricket."

Kevin Garside in the Independent picked Nick Compton to open: "The structure of this England side needs addressing, with an opening partner for skipper Alastair Cook an obvious priority. And for selections dismissed as unsuitable that might just be a decent fit now, read Nick Compton.

"Since being ousted as a risk-averse plodder, it turns out that is just the type of cricketer required in this era of aggressive run accumulation. If Alex Hales is not to be trusted, as appears to be the case, then Compton is worth a second look, even though he has struggled in the latter part of the summer to put compelling scores on the board for Middlesex."

England legend Geoff Boycott said in the Telegraph that Ian Bell should not rush to retire: "It is a concern for me that Ian Bell is considering his future as an international cricketer. My advice would be to do nothing, go away and have a month’s rest; do not make such an important decision when you're feeling lethargic and out of sorts.

"Bell should take a holiday – he has time, because England don't go to the United Arab Emirates until early October – and only then should he ask himself whether he feels like going to the nets. Does he have the hunger, the energy and desire? If not, then call it a day. But it’s a bad time to make a decision now."