Home News Merv: Bounce them from the first ball

Merv: Bounce them from the first ball 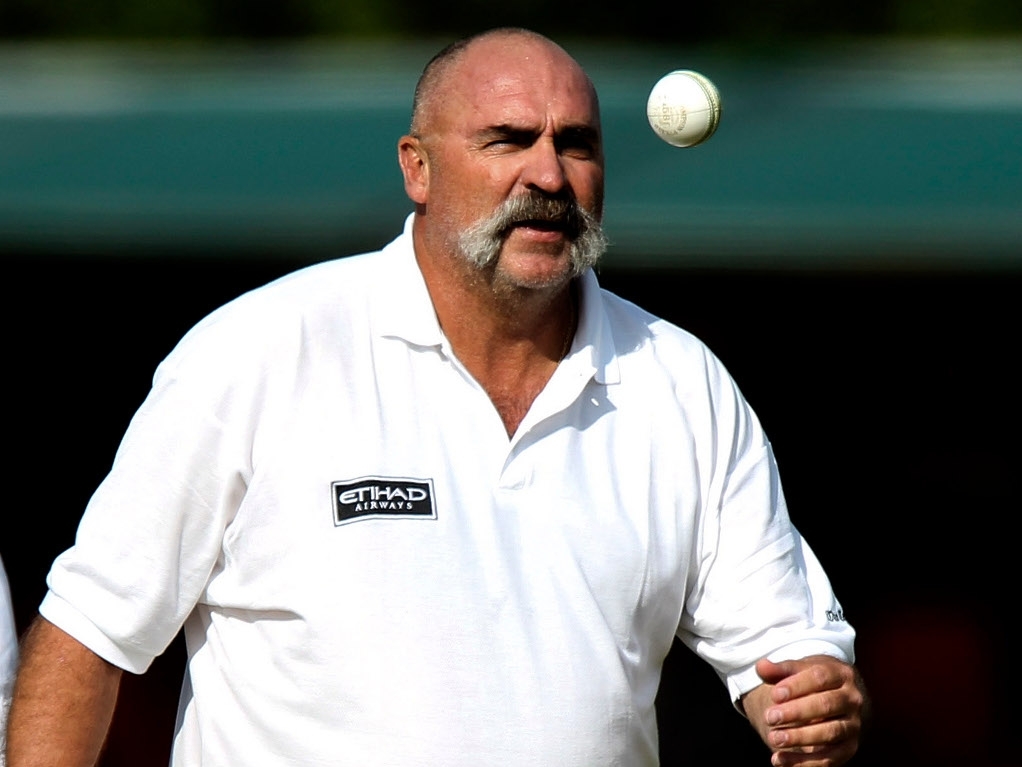 Former Australia fast bowler Merv Hughes has called on the current Aussie pacemen to deliver a couple of early bouncers in the first Test against India starting on Tuesday.

All the eyes of the cricketing world will be on the highly rated Australia bowling attack to see if they are going to continue the short ball barrage that has worked so well for them, especially in home conditions, in the wake of the death of team-mate Phillip Hughes.

Hughes died when he was struck by a short-pitched ball in a First-class match on 25 November, and the former Aussie quick thinks it would be a good idea to bowl a bouncer the first ball of the match just to get it out of the way.

"I reckon just to clear the air the first ball of the game…should just be a bouncer, and just say 'right, let's get on with business'.

"It might be a callous, uncaring way to look at it but what we've got to take in mind is what happened to Phil Hughes is a tragic accident.

"There's been bouncers bowled over 100 years of cricket and this was an isolated incident. As Michael Clarke said in his speech (on Wednesday), we must play on."

The Australia Test squad assembled, for the first time since the death of Hughes, in Adelaide on Friday to prepare for the first Test, although some members of the squad have had some net sessions with their state sides.

Fast bowler Ryan Harris said: "Over the past week I've made myself find time to have a bowl, and have probably bowled more than you would expect.

"Hopefully I won't think anything different to any Test I've played up until now, just like the batsman going in to face that first ball.

"We're going to have our mate in the back of our minds – there's no doubt about that – but when we walk out onto that ground we need to try to focus on our game thoughts, where we need to be to be ready to play."