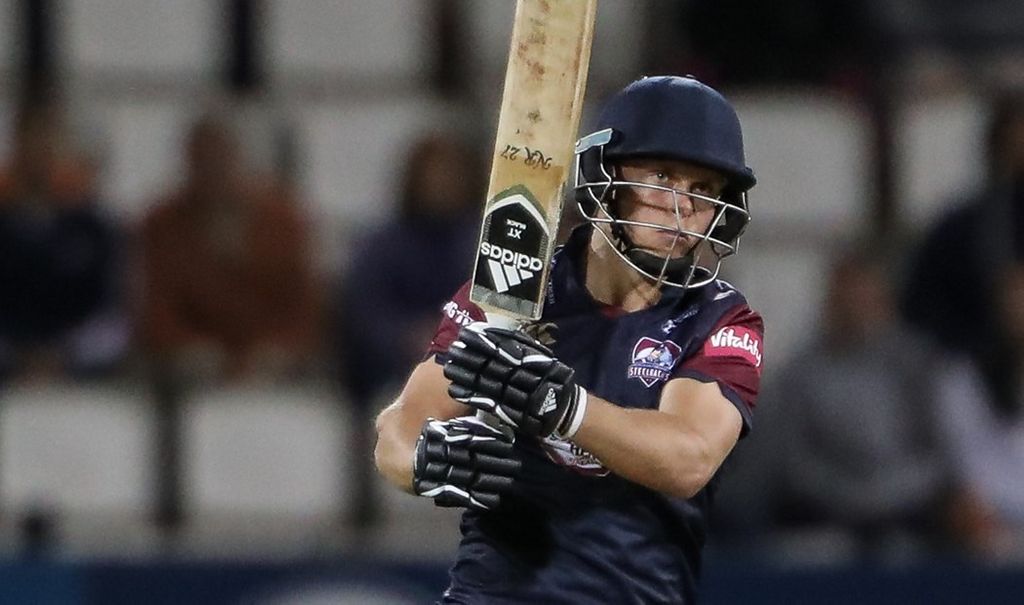 Batsman Ben Curran has signed for Northamptonshire on a two-year contract from the start of next season.

The 22-year-old left-hander – son of former County captain Kevin, and brother of Surrey and England pair Sam and Tom – will continue to play for the club for the remainder of the English summer.

He made his first-team debut in the Steelbacks’ Vitality Blast side against Derbyshire and Durham last week.

He gained valuable experience with MCC Young Cricketers between 2015 and 2017.

Soon afterwards he landed a chance with the County twos and scored 490 runs in six Championship matches, including centuries against Nottinghamshire and Worcestershire, to press his case for a contract.

Northants’ head coach, David Ripley said: “He deserves an opportunity and we look forward to working with him over the next two seasons. He has a lot of competitive spirit and I know he will make the most of his chance.”

Curran added: “I’m delighted to have signed for Northants. The fact that my Dad played here too it makes it even more special to be able to represent this county.

“I hope that I can contribute in all three formats over the next few years and fingers crossed we can have a strong end to the season in both the Blast and the County Championship.”