Miller all set to ton up 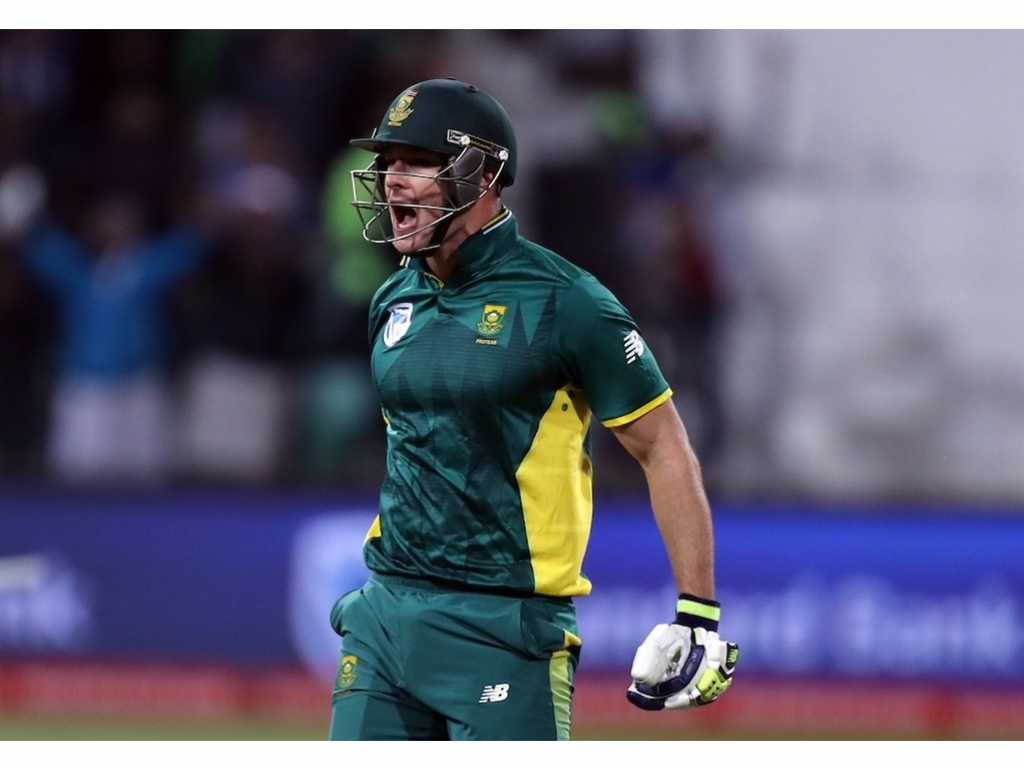 David Miller is set to make his 100th One Day International (ODI) appearance for the Proteas in the first ODI against Bangladesh at the Diamond Oval in Kimberley on Sunday.

Miller joins an elite group of ODI specialists to have achieved the milestone, ranking alongside AB de Villiers, JP Duminy, Hashim Amla and Faf du Plessis in the current squad.

The 28-year-old has come of age in the Proteas line-up since his debut against the West Indies in 2010, and is adamant about his desire to take on more responsibility on and off the field as a senior player in the side. He has spent the majority of his career floating between the No.5 and No.6 positions in the middle order, where he has scored 2396 runs at an average of 39.27 including four centuries.

His destructive hitting has earned him a valuable reputation in limited-overs cricket and across domestic T20 Leagues around the world, but he admits consistency in performances for the Proteas is an area he would like to focus on ahead of an important two-year period leading up to the ICC Cricket World Cup in 2019.

“It’s been up and down,” he said of his career in Kimberley on Friday. “ It is something that I have enjoyed, it has been a dream come true for me to play for my country. Playing 100 ODI’s; I never dreamt of playing that many games for my country and as the journey has gone on I have enjoyed it more and more.

“I have taken more responsibility in my own game and off the field has well, it has been a huge learning curve over the last seven years, one that I will not forget.”

Miller returns to a happy hunting ground in the Diamond Oval, a venue where he has produced record-breaking performances in his debut season with the VKB Knights. He smashed a career-best 177 off 195-balls for the Knights in a Sunfoil Series match against the bizhub Highveld Lions late last season and followed it up with 123 off 86 balls in a Momentum One-Day Cup clash against the same opponents earlier this year.

“It is my home ground these days because I play for the Knights,” he said of the Diamond Oval. “ It has been a good ground for me in the past and it is something that I would like to keep going. It isn’t the biggest ground or town, I just feel a good energy about the place, the pitch is also always a good one. I will just look to take the opportunities when they come but I have really enjoyed it here.”