Miller credits getting dropped for success 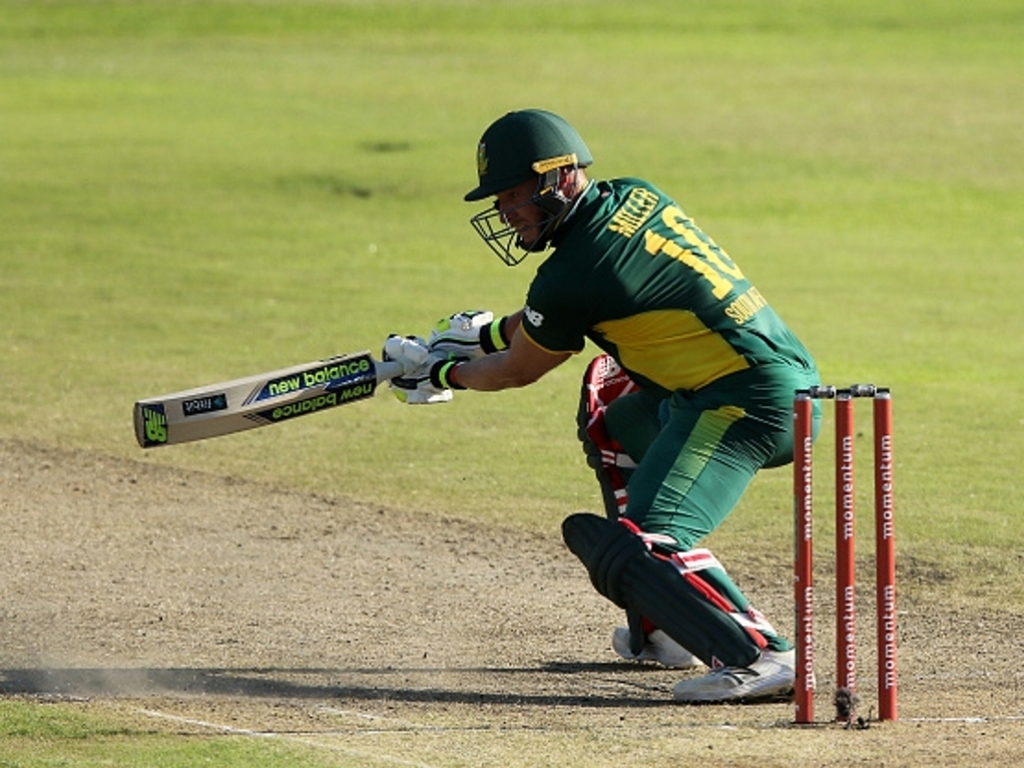 Big hitting Proteas middle order batsman David Miller believes that getting dropped from the side helped him become a better player and allowed him to cash in on his undoubted talent.

The aggressive left-hander had been regarded as something of an unfulfilled talent as he struggled to perform in the role of finisher.

Miller has shown far better temperment though when given extended stays at the crease in recent times and has proved his worth in an ODI side that is beginning to look like world beaters.

Speaking after the win in Durban, Miller said: "It was getting dropped and then the penny dropped as well.

"I worked on a few technical things – playing the ball a little bit later makes a huge difference. Early in my career I was really pushing at the ball and I do still at times. But it's coming into my game more to get myself in and trust that, if I'm going at that 60 or 70 strike rate, it's okay. I can catch up at the end."

Miller had moved steadily to 39 off 52 balls as he and Faf du Plessis looked to rebuild the Proteas innings before he smashed two successive sixes which he revealed were not part of the plan.

The Pietermaritzburg-born hitter said: "It was unexpected, because Faf and I spoke the ball before and said let's just keep knocking them around and trying to build the partnership – play low-risk cricket. And I just smacked two sixes over his head and Faf said, 'What was the whole chat about?'.

"I said it was quite full and I needed to go. I thought my positions were getting a lot better at that stage and I was backing myself to clear the ropes."

Miller injured himself in the field after his heroics with the bat and will miss the remainder of the ODI series after having stitches to repair a lacerated finger.