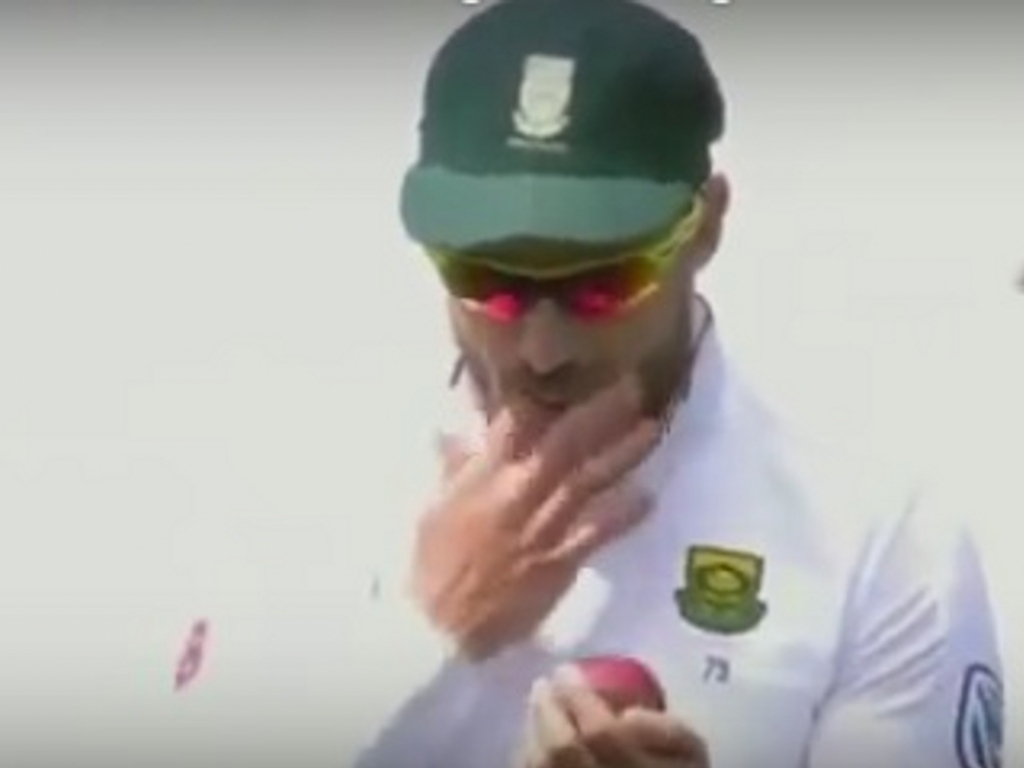 Proteas skipper Faf du Plessis will likely be free to play in the Test in Adelaide with the ICC hearing into ball tampering allegations being held up by the need to seek legal counsel.

The Proteas have refused to allow Du Plessis to be interviewed on the subject and despite Cricket South Africa informing the media no interviews would be granted at Adelaide airport a news reporter shoved his way into a group of South African players only to be removed by security.

The reporter was named by News24 as Nine Network’s Will Crouch and it is alleged the man who removed him was Proteas security chief Zunaid Wadee.

The skipper himself had headphones and sunglasses on and did not engage the media at all except to give a thumbs up to the cameras.

Senior batsman Hashim Amla tweeted his disappointment at the reporters inflammatory behavior: “Disappointed.. such provocative behaviour from reporters. Let a man walk in peace. Ask with manners n courtesy and u prob will get a response.”

Disappointed.. such provocative behaviour from reporters.Let a man walk in peace.Ask with manners n courtesy and u prob will get a response.

Crouch was repeatedly pushed away as he attempted to question the Proteas captain in a scene that was more awkward than violent.

Former Australia cricketer Damien Martyn would post this on Facebook regarding the incident while sharing a report on the incident from cricket.com.au:

The ICC has practiced caution when it comes to disputed charges ever since the hearing of Sri Lanka captain Arjuna Ranatunga in 1999 after he was charged with bringing the game into disrepute in the wake of Muttiah Muralitharan being called for throwing, and will need the match referees to consult lawyers before any hearing can go ahead.