Misbah and Yasir have Windies struggling 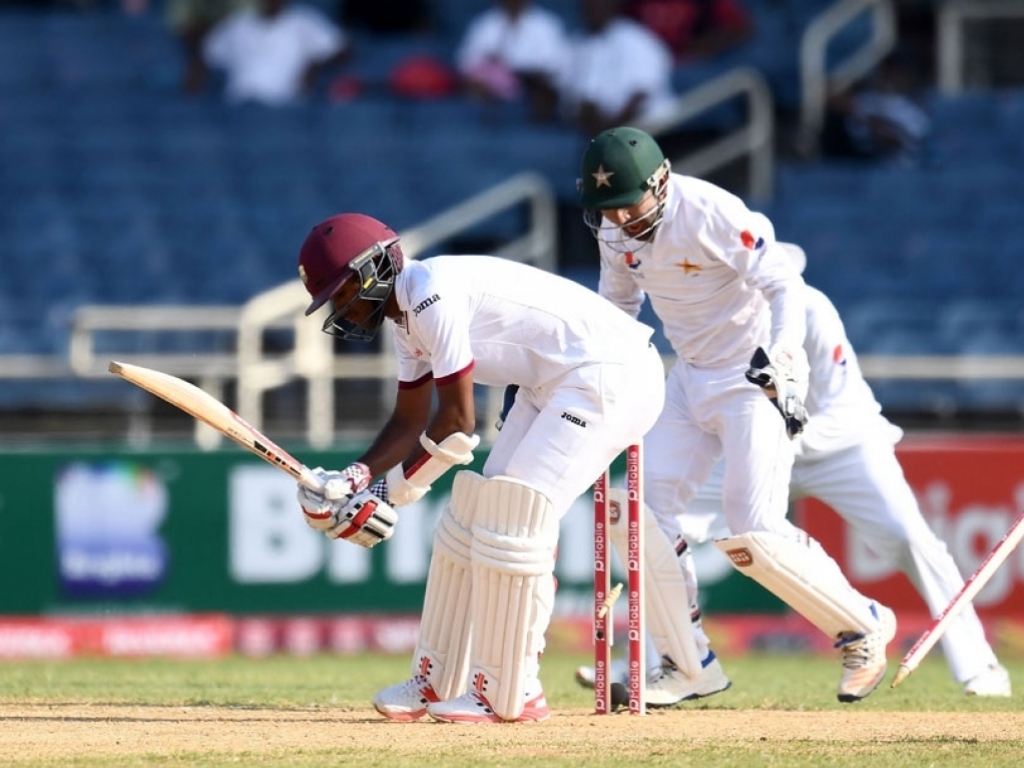 Captain Misbah-ul-Haq was left stranded on 99 not out, as Pakistan maintained command on day four of the first Test against the West Indies at Sabina Park in Kingston, Jamaica, on Monday.

Misbah would have welcomed an 11th century in the longest format of the international game, but watched from the non-striker’s end as tail-ender Mohammad Abbas fell lbw to spinner Roston Chase.

With an overnight score of 201 for four, the visitors finished on 407 all out in the first innings. The Windies, who were restricted to 286 all out in their first innings, have since slipped to 93 for four in the second – and still trail by 28 runs, with a mere six wickets in hand.

The home side had few to no answers to leg-spinner Yasir Shah’s dominance after Monday’s tea break. Shah currently boasts fine figures of four for 33, and, with night watchman Devendra Bishoo at the crease, will target a prompt five-for – the ninth of his Test career – come the opening throes of Tuesday’s proceedings.