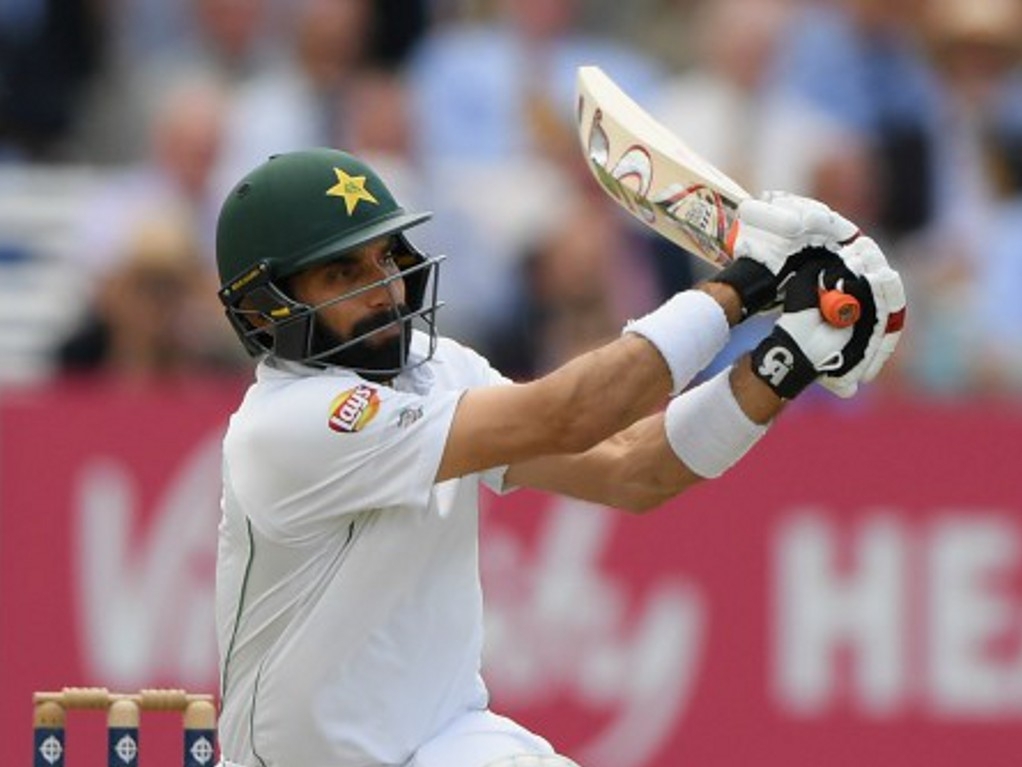 Pakistan captain Misbah-ul-Haq was in a wry mood after his side's loss to England in the third Test at Edgbaston, joking that his pacemen needed to take a lesson from England's bowlers on how to get reverse swing.

Pakistan needed to bat for less than a day, all wickets in hand, to secure a draw, but fell to 201 all out in the evening session. Misbah said his batsmen had no clue against England's reversing ball.

They were only one wicket down at lunch, but the afternoon saw six wickets fall and after tea they resisted for a while but the final three wickets came soon enough. England's bowlers took two wickets each.

Misbah said: "Until lunch it was easy. But after lunch they got it reversing and we were not having any clue. We were trying to cope with it, but we could not handle it.

"Anderson and Broad are used to these conditions. They are really experienced. Full credit to England for the way they fought back after we had a lead of more than 100.

"I think we'll just have to send someone to learn from England now how they're reversing this ball. We could not do it even on the fourth day. I think they are really doing it well."

The skipper added that he had too few bowlers to call upon, with Mohammad Hafeez still not allowed to bowl, and that put pressure on the four front line bowlers.

He added: "Having just four bowlers is a problem. We used to have Mohammad Hafeez and Shoaib Malik who could bowl, but here we don't have that option now.

"England have Ben Stokes, Moeen Ali and Chris Woakes. Here Yasir Shah carries a tremendous load and this is a problem for us."