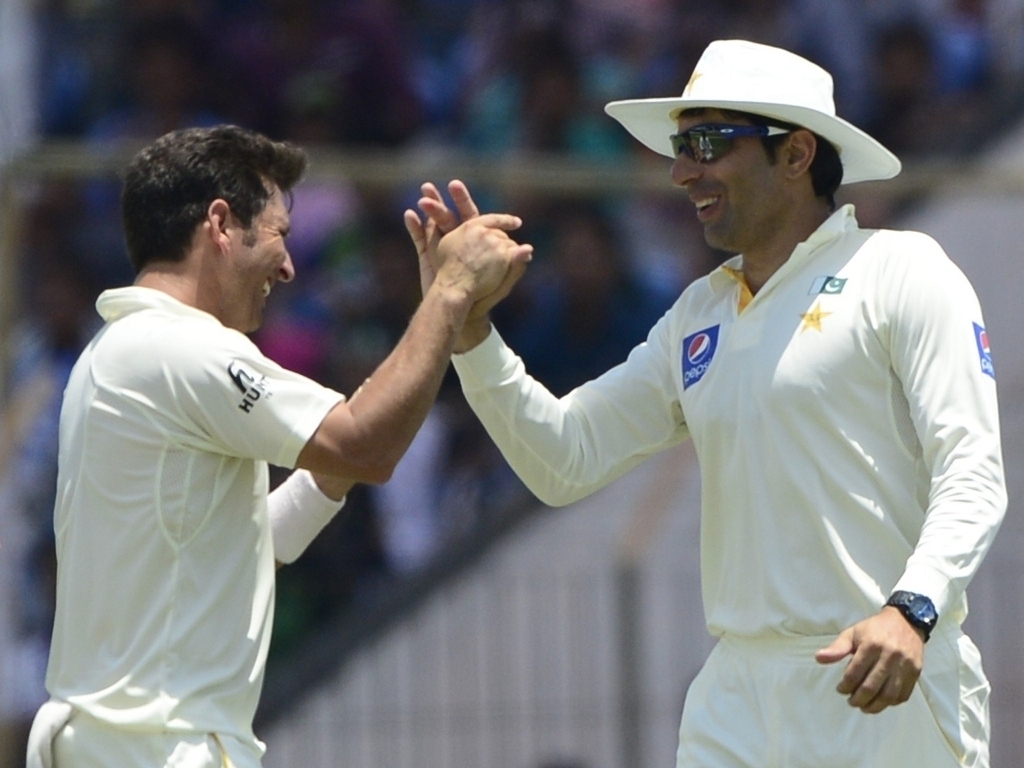 Pakistan captain Misbah-ul-Haq was delighted by his side's 10-wicket win over Sri Lanka on Sunday, especially so because it was the younger, less experienced players in the team who starred during the first Test in Galle.

Pakistan's 123rd Test win made them the most successful cricket nation from the sub-continent of Asia with the win over Sri Lanka this weekend, overtaking India on 122 wins.

However, with the inexperienced Sarfaz Ahmed, Asad Shafiq, Yasir Shah and Azhar Ali starring for Pakistan, it is the future, rather than history, that Misbah is excited about.

"It's good to have youngsters performing, that actually takes away the pressure from us," Misbah said. "This is the future we are building with these youngsters and these players are coming of age now to take the team ahead.

"Sarfraz is a key player, Azhar [Ali] is performing in the top, and the way Sarfraz and Asad played it further stamps our faith in them.

"It's just a start for Yasir, look the way he has performed to step up and become Pakistan's main bowler and to contribute in Pakistan's victories.

"So we are getting a good bunch that is grabbing every opportunity and applying themselves as a unit. The batting line-up is now getting mature and performing consistently. So overall it's a great win."

After losing the first four sessions of the game to rain, Sri Lanka began the game aggressively, but Misbah revealed it was their plan all along.

"Actually we were positive right from the start to win this, but when one and half days were wasted without play, we got the only opportunity to win this by winning the toss, bowling first and getting them out as early as we could," he added.

"The thought behind every move was eventually to win this match and not just go with the flow.

"They scored well in the first innings, but once we managed to go beyond 400 and take an ample lead, we never looked back. So after all it's a great feeling to win this in Galle, especially after losing the previous three Tests here," Misbah concluded.