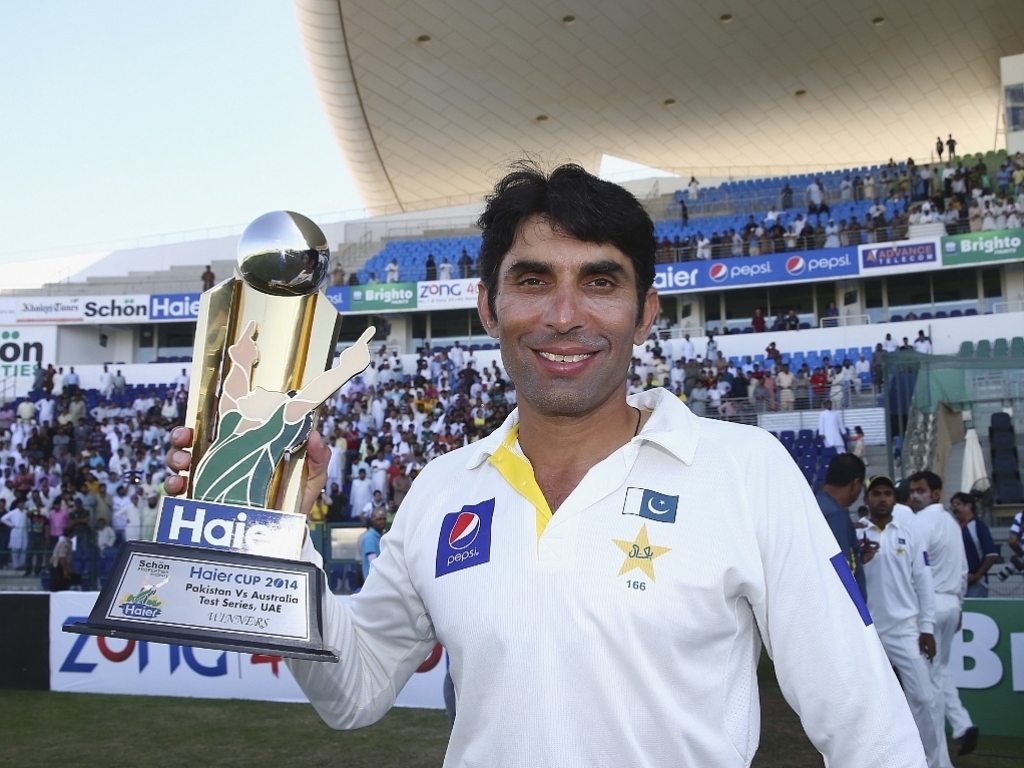 Misbah-ul-Haq has admitted his immense pride at becoming Pakistan's most successful captain, following this week's victory in the series opener against New Zealand in Abu Dhabi.

Misbah took over the captaincy in the aftermath of the spot-fixing scandal which left Pakistan at its lowest ebb.

This week's 248-run victory over New Zealand was Misbah's 15th Test victory as captain, one more than illustrious countrymen Imran Khan (14 wins in 48 Tests as captain) and Javed Miandad (14 wins in 35 Tests).

"It sounds great and thanks to Almighty and you can see the names Imran Khan, Javed Miandad and I am at the top," said Misbah of his record-breaking feat.

"I can't feel better on this record but I think they were better than me before and will remain better always."

Misbah added that his achievements as captain gives him even more joy when considering the state of the Pakistan team at the time he took over the leadership.

During the 2010 tour of England, then captain Salman Butt and fast bowlers Mohammad Asif and Mohammad Aamer were all given hefty bans for their involvement in spot-fixing while on tour.

"When I look back today it's a big happiness because when I started this journey it was tough, when I was captain it was uncertain, I was not even in the team and it was a do-or-die situation and suddenly I was the captain," Misbah added.

"When I look back the way I performed and the way the team responded it is incredible, youngsters or seniors, everyone, gave his best and that's why we deserved the results and all the players deserve credit for this.

"Good days or bad days, I never lost hope and credit also goes to the Pakistan Cricket Board that despite so many changes in the set-up (of the board) they kept faith in me and I hope even after me there is consistency in captaincy because this gives you results."